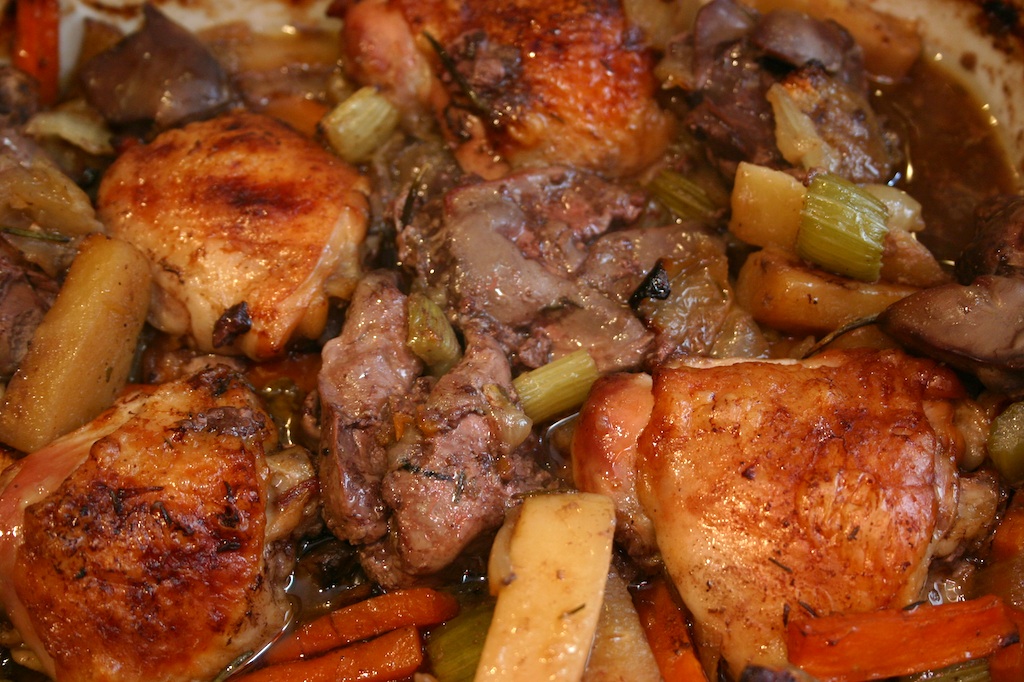 … you must all know by now how much of a lazy cook I am… but you know what its like… you finally get home after a long day at work and all you want is that warm comforting feeling of something lovely on the table… a nice juicy roast chicken perhaps, with all the trimmings and a nice rich gravy… is that too much to ask?

… i’ve had one of those Sunday’s… the morning at work meeting with a lovely couple who plan to get married at Gunby in 2013, followed by planning the next few months, including starting to think about Valentines dinner parties at Gunby Hall… I know, it’s not even Christmas and I’m planning Valentines Day!

… we also have thick thick fog over much of the UK today (well, it seems that way from what I read on twitter…) and its the kind of fog that lingers in cold patches over the hills, all at once mystical and eerie together… sometimes the sun breaks through to reveal the folding landscape in front of the cottage or at other times it rolls in in thick layers, back-lit by the sky as if on a theatrical stage set…

… so when I got home, in from the cold, I had a desperate pang for roast chicken… but alas I had missed the supermarket… I did of course have a pack of my trusty chicken thighs in the oven and quite a few of the trimmings to make up a traditional Sunday roast… in a stew… I also had a packet of chicken livers, which I bought frozen and should have gone into the freezer but I totally messed up and miss-placed them… ever done that?… so I have added them in right at the end to create a really rich and luxurious element to the stew… heavenly!

– throw all the veg, herbs, olive oil and seasoning into a roasting pan, place the chicken thighs on top, add the wine and a cup of veg stock and roast slowly in the oven for 1 and 1/2 hours, turning the chicken every half hour.

– the veg should sweat and soften at first but will eventually begin to roast and crisp up.Keep another cup of stock handy just in case it’s looking dry.

– in the last 10 mins add the chicken livers, they will cook really quickly and you want them to stay a little pink.