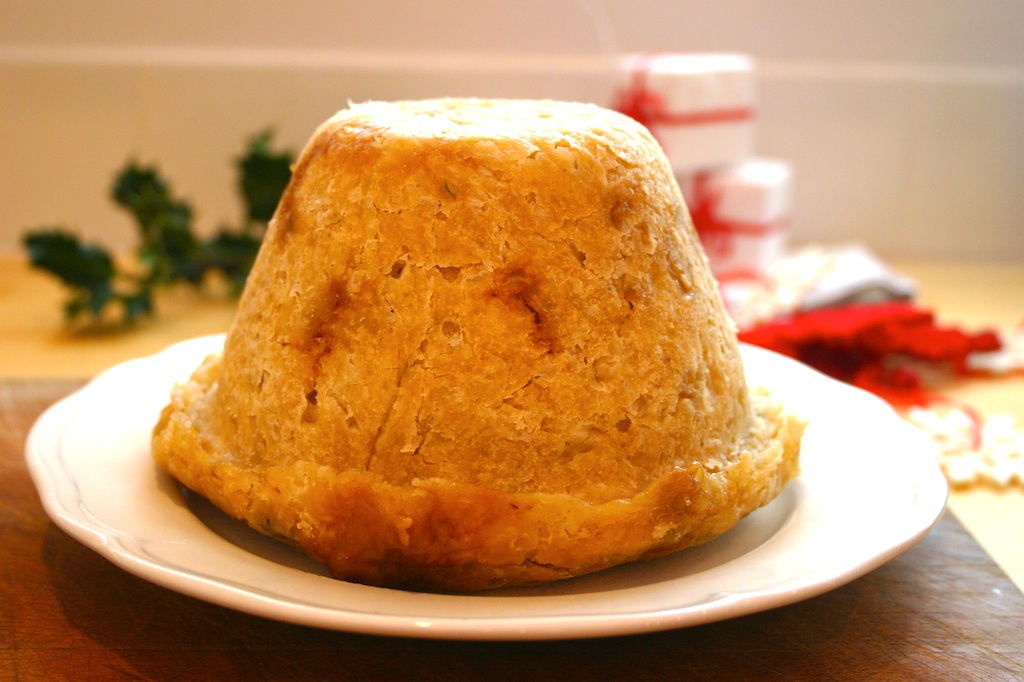 i’ve been reading a lot of blog posts and magazine articles recently about what to serve vegetarians for Christmas Lunch… as though its the most dreadful problem to have at this time of year… world economy gone to pot… children starving in Africa… war in the Middle East… all major issues yes, but what the FUCK do we serve those god forsaken vegetarian wankers?
well i’ve talked about this before… and I speak from experience… there is nothing a vegetarian hates more than being made to feel ‘different’ or ‘special’… they want what we’re having just without the meat… I know it sounds like a cop-out or like you’ve not made any effort but I PROMISE you… give the vegetarian the choice of a special tomato gloop thingy or a plate of roasted potatoes, freshly steamed vegetables, stuffing, maybe a Yorkshire Pudding and some yummy veggie gravy and they will go with the veg plate every time…
… but if you’re really not satisfied with that answer, then make this… 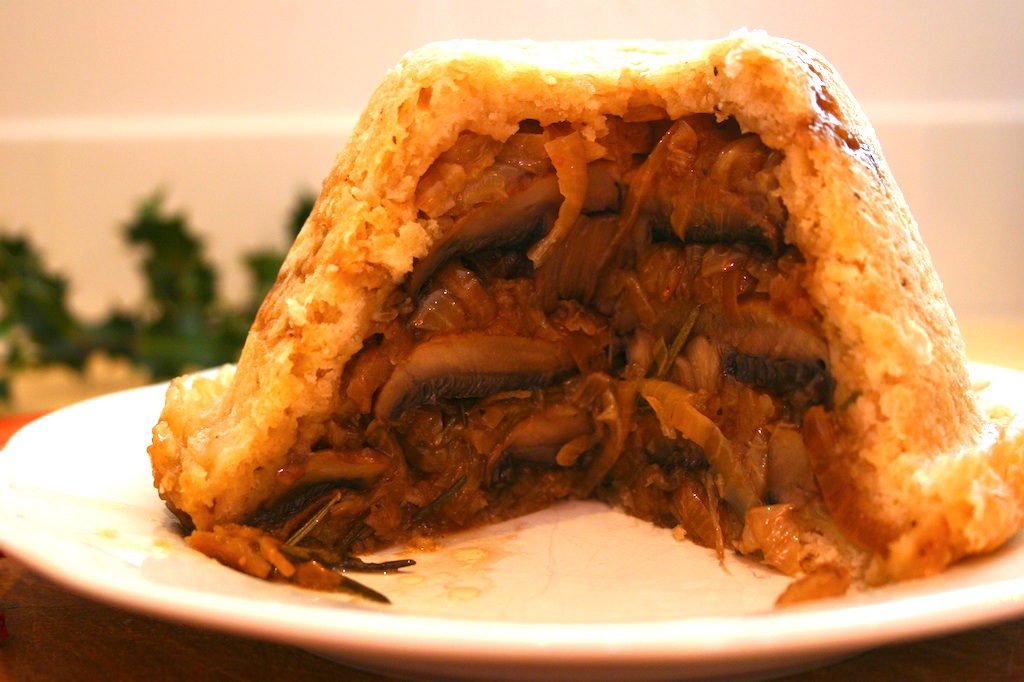 caramelised onion and mushroom layered suet pudding
could there be anything more Christmassy than a suet pudding…? and yes I did make this for him last year but what better compliment that being asked to cook it again so clearly i’m making this for The Viking on Christmas Day but i’m going to add a third layer of sage and onion stuffing to really enhance the Christmas Spirit.
For the filling:
4 large onions – finely sliced
8 large field mushrooms
1 packet of good quality sage and onion stuffing
For the suet pastry:
150g vegetarian suet
300g self raising flour
200ml cold water
fresh herbs and seasoning

– with plenty of butter, slowly caramelise the onions in a deep pan with a couple of teaspoons of sugar, this should take about an hour on a low to medium heat but turn them very frequently until they are golden

– meanwhile bake the mushrooms in a hot oven with plenty of oil and rosemary until they are tender, (roughy 20 mins of 180C) they could also be turned once or twice

– in a large bowl mix the flour, suet and water to form a dough then roll it out, nice and thick and line a well greased pudding basin, making sure you leave enough pastry for the lid

– begin to layer the pudding, onions then mushrooms, then stuffing until full, you may have to cut some of the mushrooms to fill the layers, then place the pastry lid on top and seal with water