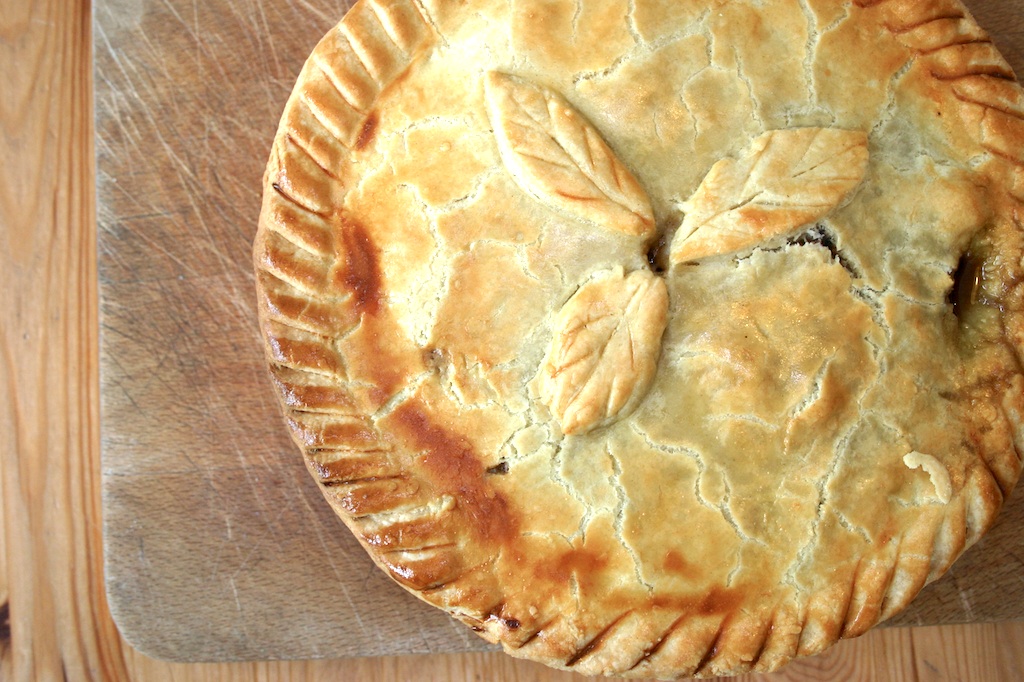 … back from Spain and it’s really hard not to be down about this ridiculous weather… i’ve tried writing to the BBC but their lack of response forces me to feel they’re not taking this seriously at all… The UK has two major events looming both of which could do with a wee bit of sunshine and warmth and don’t go telling me Her Madge doesn’t care if it rains for her big day… there’s only so much stiff upper lip us British can take before we need to crack open the vaseline… and let’s face it, you can bake as many scones and make as many cucumber sandwiches as you like but a soggy Victoria Sponge is not particularly cricket is it…?

… so scrap that… I suggest we start celebrating Autumn and all the glories that log-fuelled season has to offer… open fires, warming stews and gravy with pastry… no one does pastry better than the cold seasons and we must see these periods of bitterness as an extended blessing of pastry and gravy… 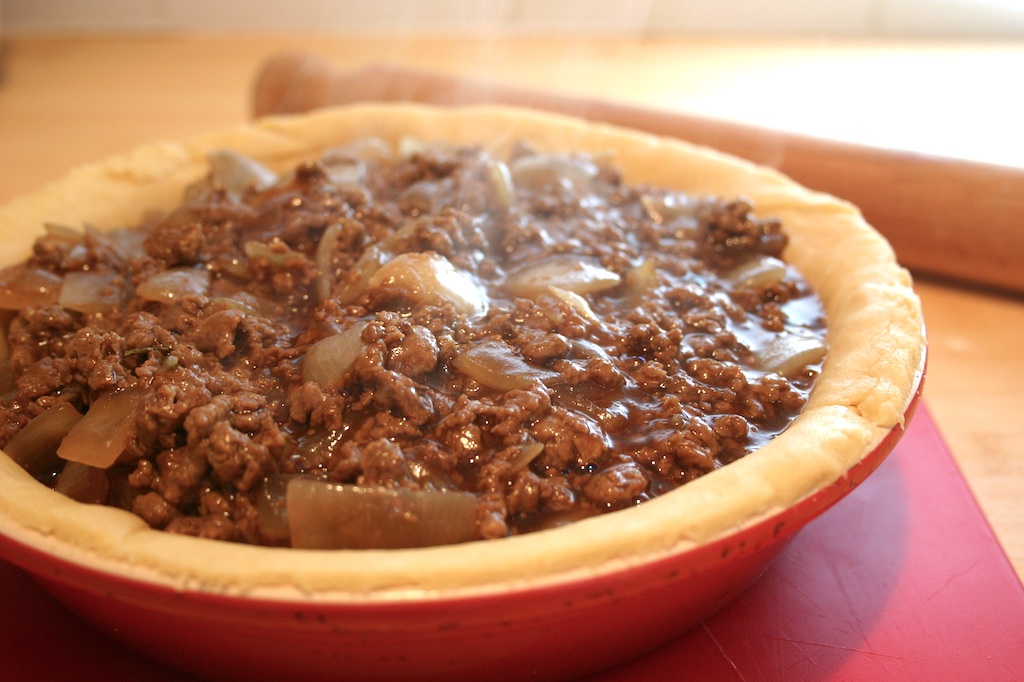 veggie mince and onion pie
it’s National Vegetarian Week this week in the UK (although as The Viking says, it’s NVW for him every week) so i’m using quorn mince as a healthy alternative to meat… but you can easily replace this with beef or turkey mince if you must… but hey, get over it and use the veggie stuff its bloody good… and again, it’s wrapped in pastry so what’s not to like?

for the filling:
1 300g packet of quorn mince
2 medium onions – chopped
a half glass of red wine
half a pint of good quality Marigold vegetable boullon with a teaspoon of Marigold gravy powder
half a teaspoon of tomato puree
2 bay leaves
a handfull of fresh thyme

– start with the pastry by mixing the flour, salt and mustard powder and then mix in the butter using your hands to turn it into breadcrumbs… add a teeny bit of cold water to bind it into a dough, wrap it in cling-film and pop it in the fridge for 30 mins whilst you make the filling

– pour the mince and onion stew into the pie

– roll out the top layer and place the pastry on top, seal with an egg/milk wash and then brush the top with the same wash

– bake for 20 mins or until golden

… eat and of course, enjoy!