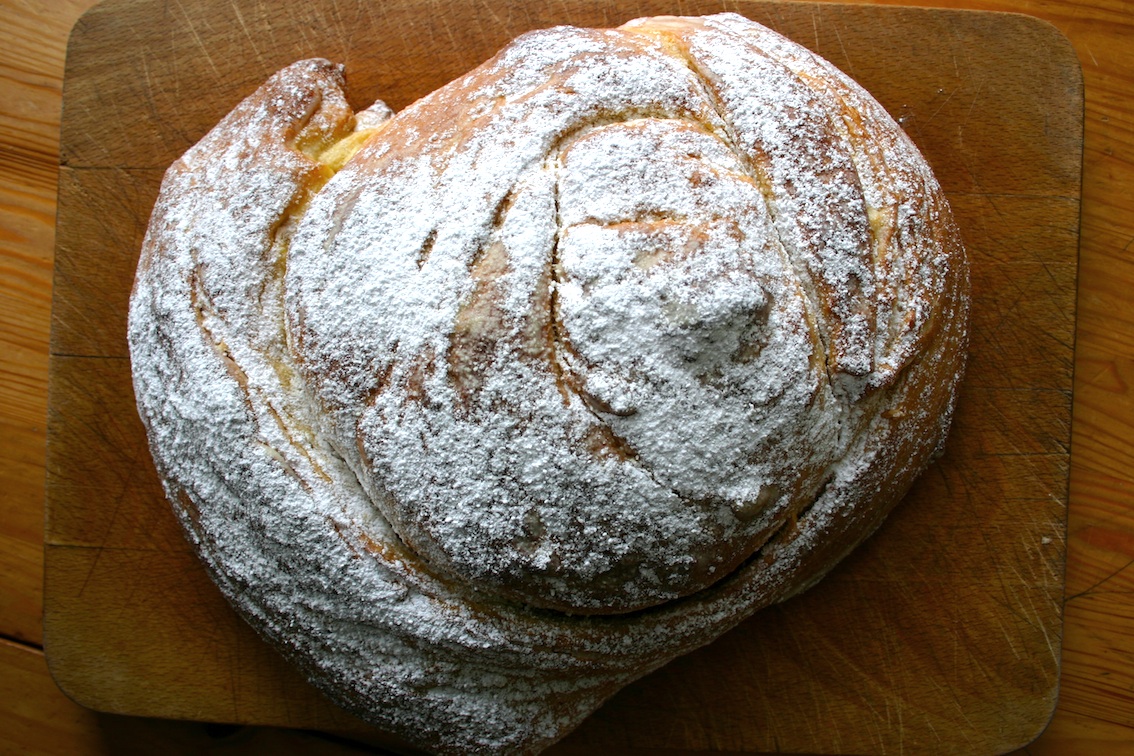 … if you’ve ever been to Mallorca you will most definitely have seen many a tourist and the occasional teary-eyed abuela carrying a large, most often hexagonal shaped, flat box… no, this doesn’t contain the thinnest hat in the world, it holds what can only be described as the most glorious Mallorcan treasure – the ensaimada… a traditional sweet baked, spiral-shaped bread that has a wonderfully light yet doughy texture a bit like a chubby croissant… they are delightful and although hailing from this small island in the middle of the Mediterranean sea they are now eaten across the entire Latin world… 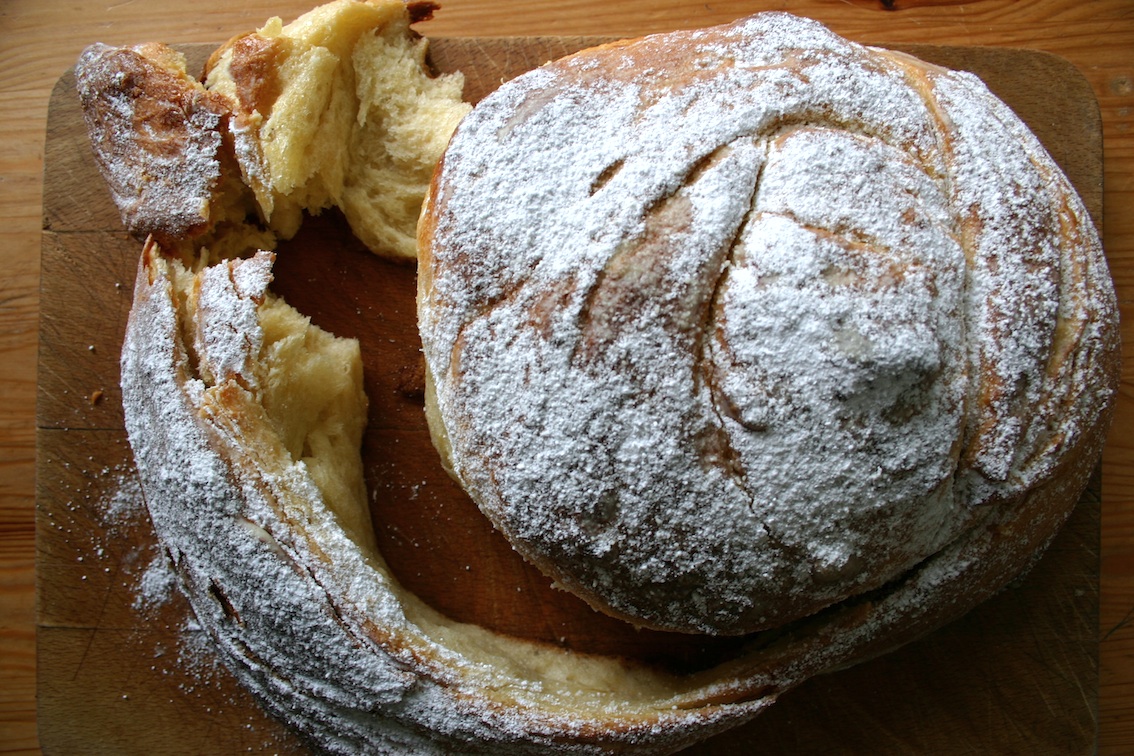 ensaimada
a little time consuming but really not as difficult as it sounds to make… it’s a really sticky dough though so watch out when kneading… be patient… it will come to you… tradition also states that you should use pork lard to make this recipe, which whilst I can imagine how incredible this would taste I just couldn’t bring myself to do it… so have substituted butter instead, something i am told is most commonly used nowadays… i’m using the low-knead method here but you can just get stuck i and knead for 10 minutes instead… 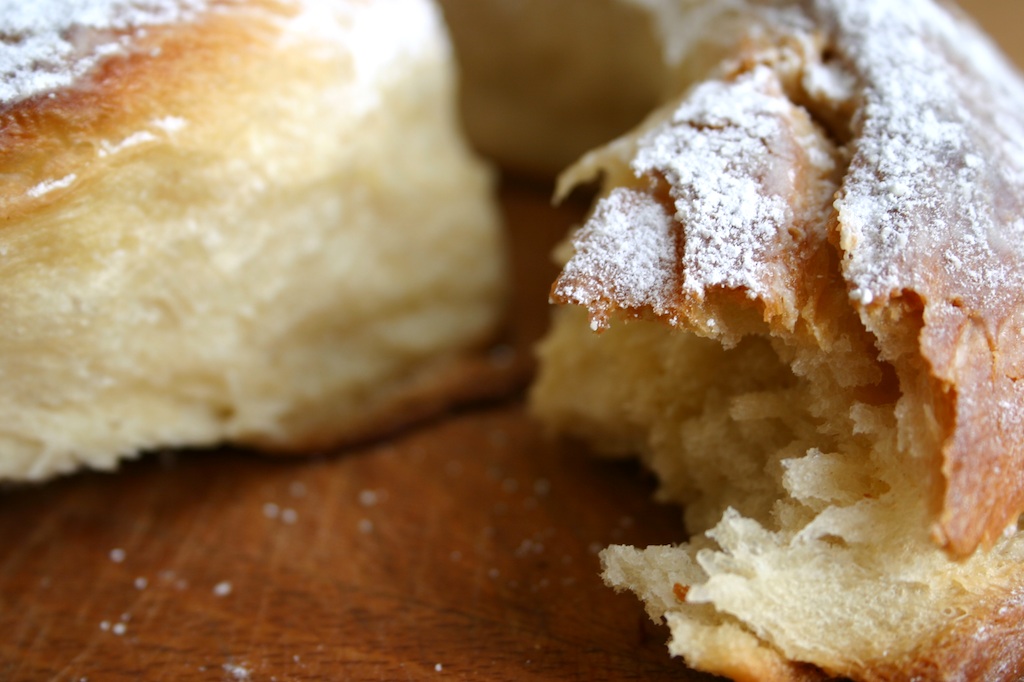 – using a very large bowl, add the flour, salt, sugar and olive oil and then pour on the milk and combine fully with a rubber spatula or your hands… once it’s all together in a sticky shaggy mass cover with a tea-towel and set aside for 10 minutes

– knead the dough 8 times, so that’s: 8 times stretch / fold / turn and then plop the dough back into the bowl, cover with a tea towel and leave for 10 minutes, repeat again 3 times.  By the second time you will already begin to feel how soft and airy the dough is and I promise you’ll never go back to regular boring kneading again!

– let it cool, then brush with butter and sprinkle with a generous cloud of icing sugar