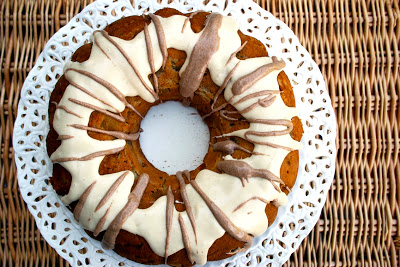 … one of the upsetting things about the past twelve months that make up my annus horribilis is that I don’t get to reap the rewards that working at such a fine home as Gunby Hall brings… whilst the experience as a whole may have been revolting I cannot say the same for the produce grown in that stunning garden and this included the incredibly diverse variety of apples and pears.  I think on the last count it was over 60 and the apples ranged from the obscure Peasgood Nonsuch – bitter, teeny little things to the classic Cox’s Orange Pippin – sweet and juicy…

… so it’s lucky that from this week Sainsbury’s are celebrating British apple and pear season in style by stocking 52 varieties of locally grown apples and 10 types of pears… and ok, whilst they won’t stock the uber-obscure Lord Burgheley they are stocking some diverse and very tasty numbers such as the Cameo, Jonagold and Junami and i’m fortunate enough to have been sent a whole sack-load of apples to taste and to cook with… 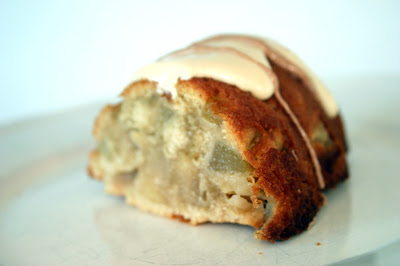 … interestingly I went through a phase, back in my early twenties where I became allergic to apples and pears… my lips and throat would swell up, which was rather unpleasant and I actually didn’t eat them for a good 10 years… after much research I discovered that I have something called Oral Allergy Syndrome which means I have a low immunity to any fruit or vegetables that have the ability to cross-polinate and this includes apples, nuts and potatoes… it tends to effect hay-fever sufferers and usually effects them in different ways with different fruit and veg… after 10 years on the Atkins Diet, cutting out apples and potatoes my tolerance levels seemed to have changed and I can now eat apples again, which I do with relish… I just love biting into a crisp, juicy apple that squirts out the side of my mouth… one of the varieties that Sainsbury’s sent me, called Rubens was particularly juicy and it’s also the fragrance that I particularly love, subtle in some varieties but really obviously appley in others… 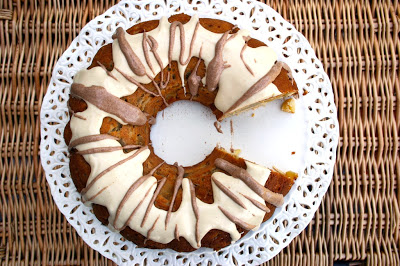 you will also need some cream, extra cinnamon and icing sugar for the icing

– add one egg and whisk it into the batter, then add half the flour and whisk again, repeat with the other egg and the remainder of the flour

– add the milk to slacken the batter slightly.

– fold in the apple and pear chunks

– to make the icing simply add a a tablespoon of icing sugar to the caramel then halve it into two portions, stirring cream into one and cinnamon into the other

– when cool, drizzle the icing on top