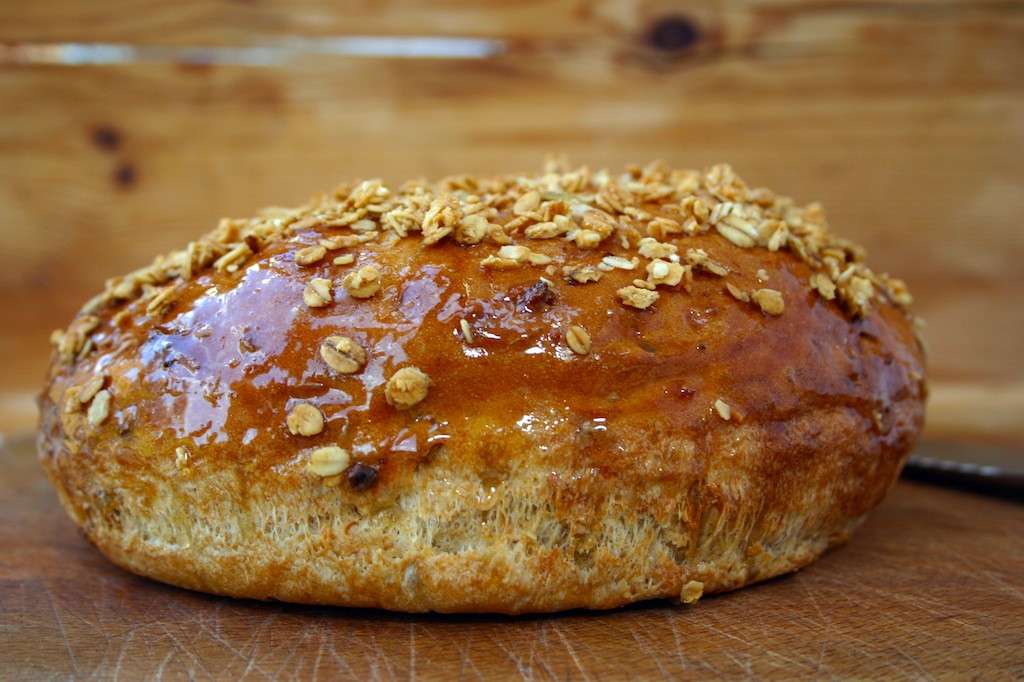 … or the delicious meeting of two counties in one country loaf… Lizi’s granola is an incredible organic toasted muesli that Lizi herself developed whilst making breakfasts for guests staying at her Oxfordshire B&B… it was so popular she decided to bag it and sell it and a few years of magic entrepreneurial spirit later her company Lizi’s granola was born and it’s gone from strength to strength, now with 5 different flavours including Treacle and Pecan and the delightful sounding Pink Apple and Cinnamon. As always it was my mother who stumbled across the granola first… she loves the stuff and has been talking about Lizi’s for ages but it always takes me a while to come round to these things… so when the good people from Lizi’s sent me a packet to review not only did I ask them to send a packet to my mum (well, come on, there has to be some perks to the job…) but I also got to taste the stuff that mum loves so much… 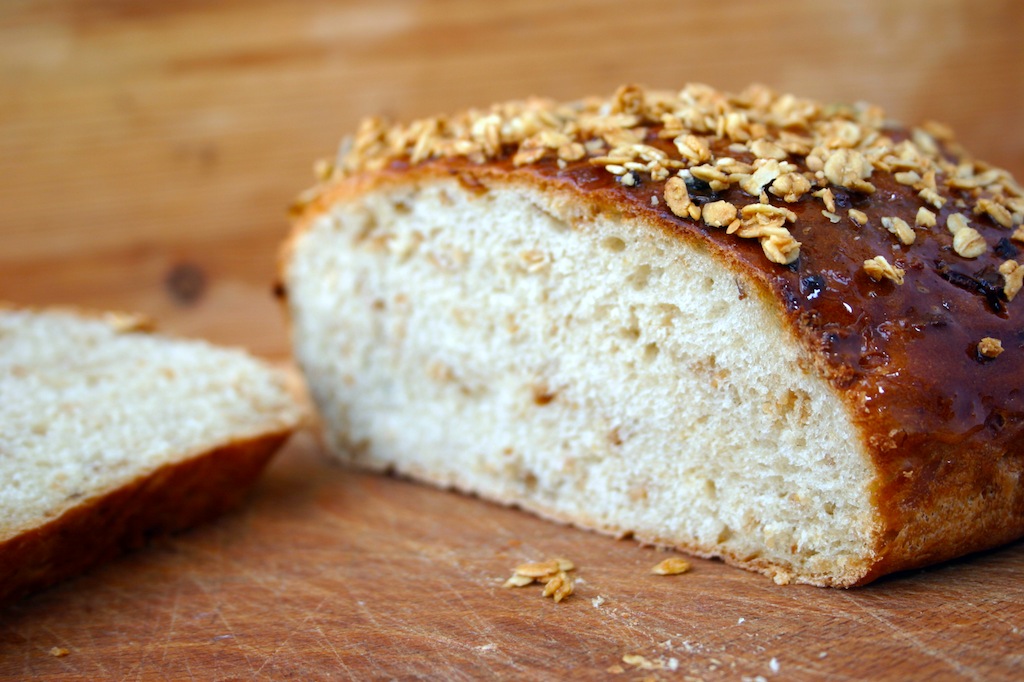 lizi’s granola and lincolnshire honey bread
i’ve been playing around a little with my low-knead bread making, adding half milk, half water and changing the point during the process where I add any added ingredients… I also constantly play with the temperature of the oven, ramping it up to begin with for 10 minutes and then turning it down for the remaining time… it’s hit and miss, as it always seems to be with bread but this time it came out beautifully and has been eaten both as a sweet tea bread but also toasted and buttered with cheese, which was very satisfying…

place the flour, water, yeast and salt in a bowl and using a rubber spatula bring it together until you have a shaggy, sticky ball and all the flour is used, cover with a tea-towel and leave for 10 minutes in a warm place

knead the bread for a count of eight turns, pushing down with the heal of your hand, then folding and turning a quarter turn. Place back in the bowl and cover for a further 10 minutes.  Repeat this once more.

after the second 10 minutes, repeat the process again but this time add the honey and the granola to the dough before you knead, then place the dough back into the bowl and let it rise, covered with a tea-towel for at least an hour or until double in size

prepare a baking sheet with baking parchment, then once the dough has doubled in size, punch it down and with oiled hands shape it into a ball and place it onto the baking sheet, then let it rise, un-covered for another 30 minutes.  At this point put your oven on to 200C to pre-heat.

Bake the bread on 200C for 10 minutes then turn the oven down to 170C for a further 20 – 35 minutes or until the bread is golden and sounds hollow when you tap its bottom.