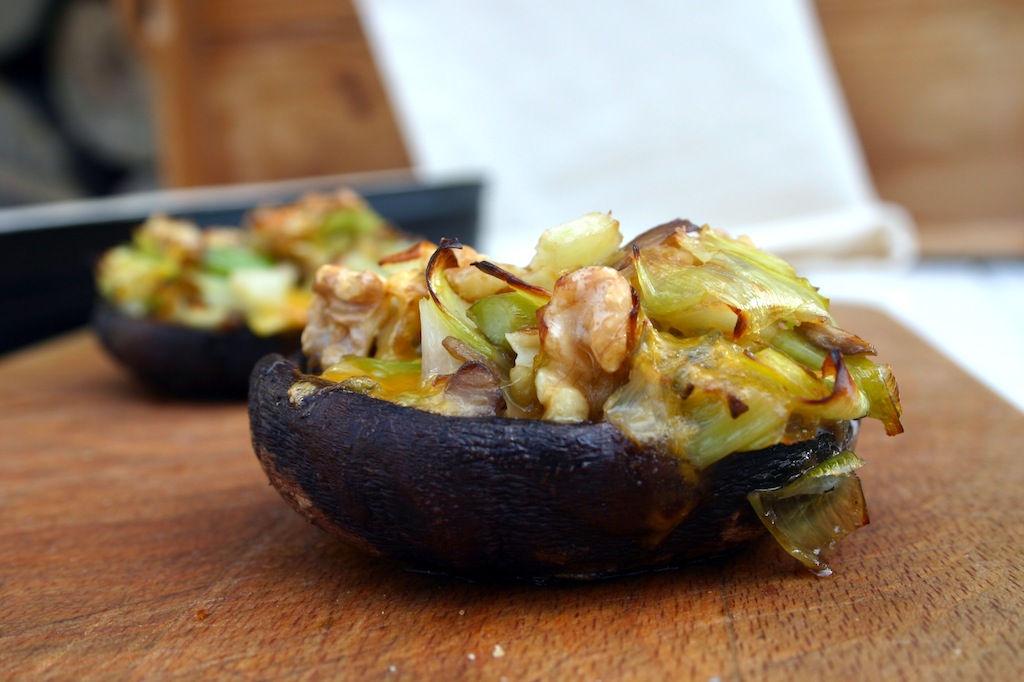 …after an absolutely exhausting week of illness and endless meetings I arrived back at the cottage late last Friday night to a rather large and very generous box of meat and cheese that the good people at Farmison had delivered and kindly left with a neighbour… I know i’ve touched on this before but i consider myself very lucky to live in such a bucolic part of the country… in all honesty the deliveryman could have left the box right outside the front door and it wouldn’t have been touched but, and i don’t know if it’s because they’re incredibly nosey or simply good citizens but the neighbours knew about the delivery before I did… and took it into their welcoming and trusting bosom for me to pick up later…

… Farmison is a food delivery service specialising in restaurant quality meats, vegetables and cheeses, focussing on seasonal, predominantly British produce and is the brainchild of two old friends who have a similar love of fantastic food with real flavour and most importantly I feel, a clear admiration for great British artisan producers and farmers… it’s partly because of these chaps that we’re still able to make award winning produce in this country and have it delivered to our far-flung doors and for that I doff my hat towards Mr Pallagi and Mr Simmonds… 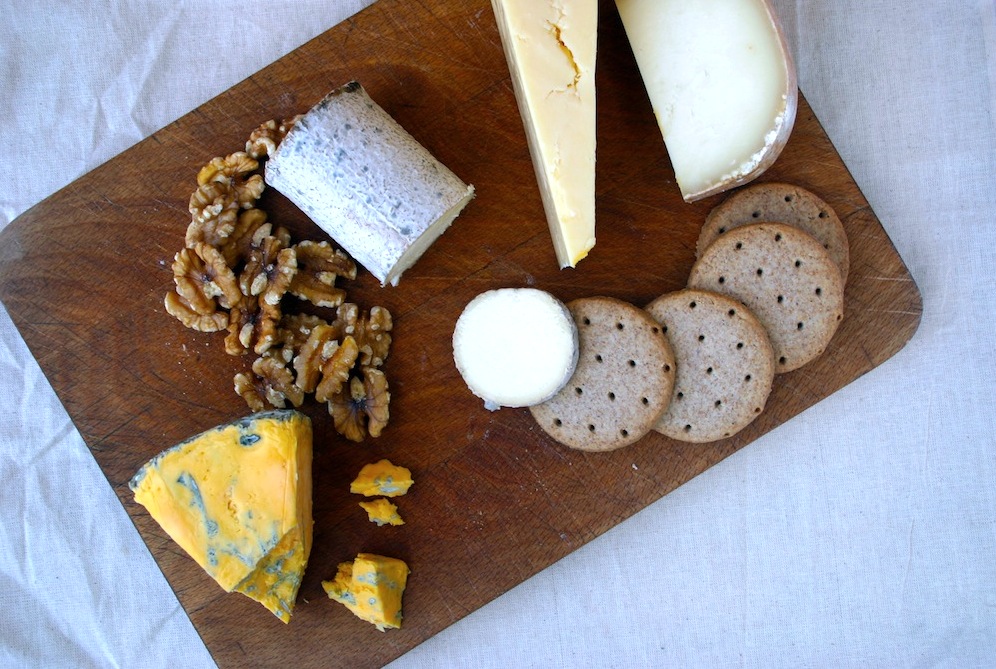 as well as a ridiculously generous selection of beautiful meats, of which I shall cook and of course post about another time,  part of my incredible Farmison delivery also included a very fine choice of cheeses… now if you know anything about me, you should know that should the world end tomorrow, as long as I lay down with bread and cheese before I go, i’ll die a happy man… so to be given a selection of the finest British cheeses is an exceptional thing… the collection included some Flower Marie a delightfully creamy soft ewe’s milk cheese, some Monks Folly, a soft and slightly sharper cows milk cheese and a mellow, creamy and beautifully light Harrogate Blue which i’m using for this stuffed mushroom dish as it compliments the buttery leeks so beautifully… 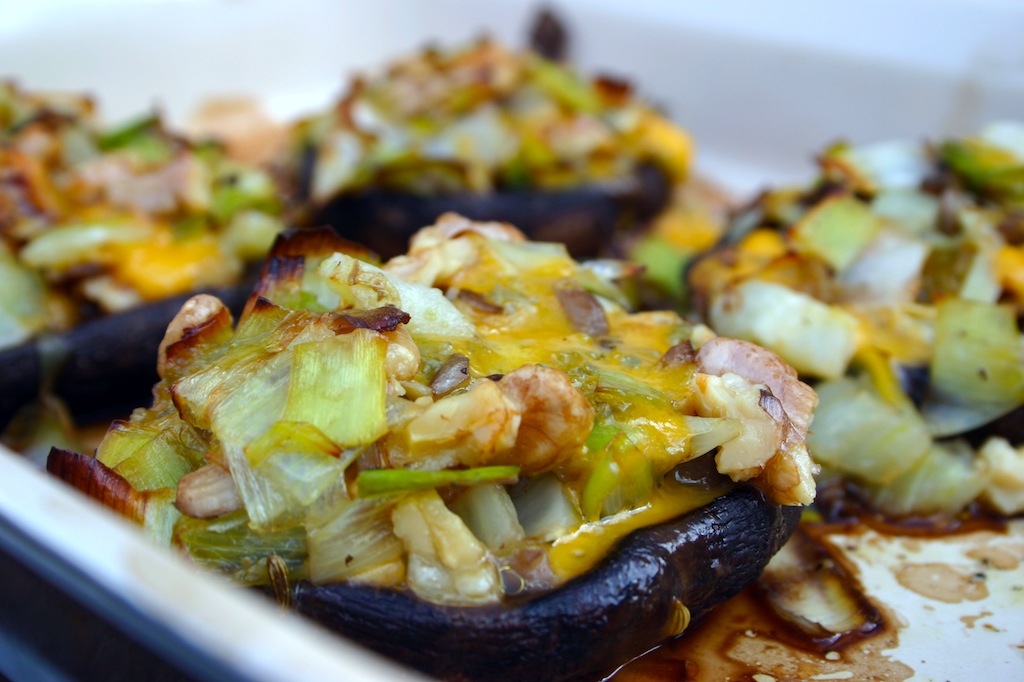 stuffed mushrooms with leeks, blue cheese and walnuts
this is of course my entry to my random recipes challenge which, this month encourages us to use those clippings, recipes cuttings and old hand-written notes that we all have tucked into dark corners of recipe books and folders… get them out, give them a shuffle and randomly pick one to join in… you can read all about my mums collection and my selection process here… needless to say it was a triumphant pick and made an absolutely delicious meal…

4 large field mushrooms or portobello mushrooms
1 large leek trimmed, quartered and chopped
half a fennel bulb – finely chopped
half a teaspoon fennel seeds
a handful of walnut halves
a large chunk of blue cheese (you can as generous as you like here)
olive oil
fresh rosemary

if needed, de-stalk the mushrooms but save the stalks for later, then lay the mushrooms onto an oven proof roasting dish, drizzle with a little olive oil, sprinkle with a few rosemary leaves and gently bake in the oven for about 15 minutes until they begin to soften at which point you should remove them and let them cool

meanwhile gently saute the leeks and fennel bulb in a large pan with plenty of butter and olive oil, they should be turning soft before they’re ready, add the fennel seeds and any of the mushroom stalks you removed, chopped finely

once the leeks are soft but not coloured, tip them into a bowl and crumble the cheese and walnuts on top, mix together and then portion the mixture on top of the four mushrooms, firming down with you hands