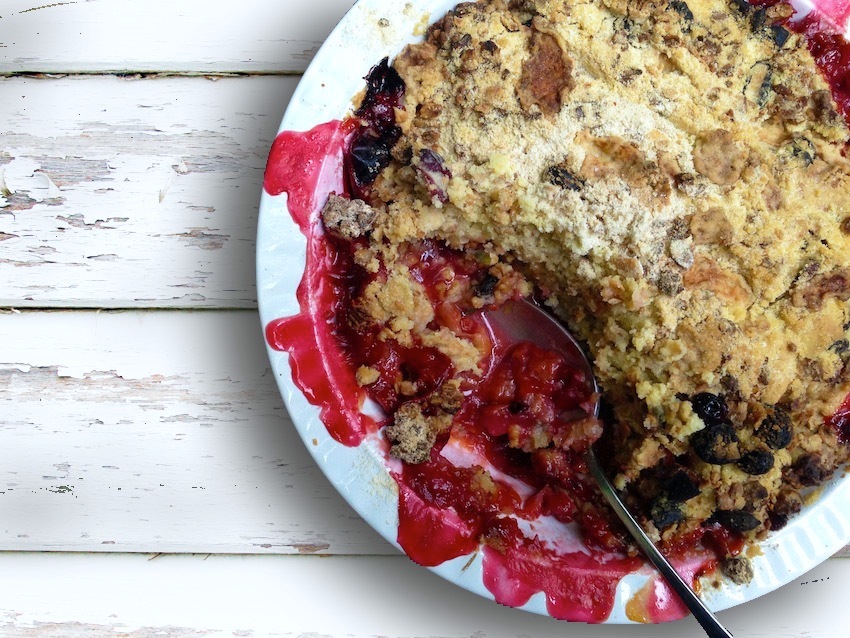 … unless you’ve been living under an overturned cart you’d not have failed to notice that it’s Organic September… a whole month of the year dedicated to the promotion and more importantly, the eating of delicious organic produce… the ‘organic’ label has had more than its fair share of criticism as many don’t see the benefits of the organic process and often have misguided opinions on price… my personal opinion is that, like anything in life you should chose the best that you can afford… it will clearly be better for your body as well as the planet – organic animals have high welfare standards and organic vegetables produce less pesticide residues… and with a teeny bit of planning and forethought you can make more than the one meal from any cooking session thus stretching the organic dollar, as it were…
… hopefully I can do my bit to help persuade you to make one or two small changes to your weekly shopping choices that won’t cost you any more and may even help you save a little too… as part of their Organic – Naturally Different Campaign the goodly people at Organic UK Food have very kindly sent me a beautiful bumper pack of organic goodies to get creative with so that I can share a few recipes with you… and if my stuff doesn’t tickle your fancy then there are also some amazing recipes and loads of tips and ideas on their website… 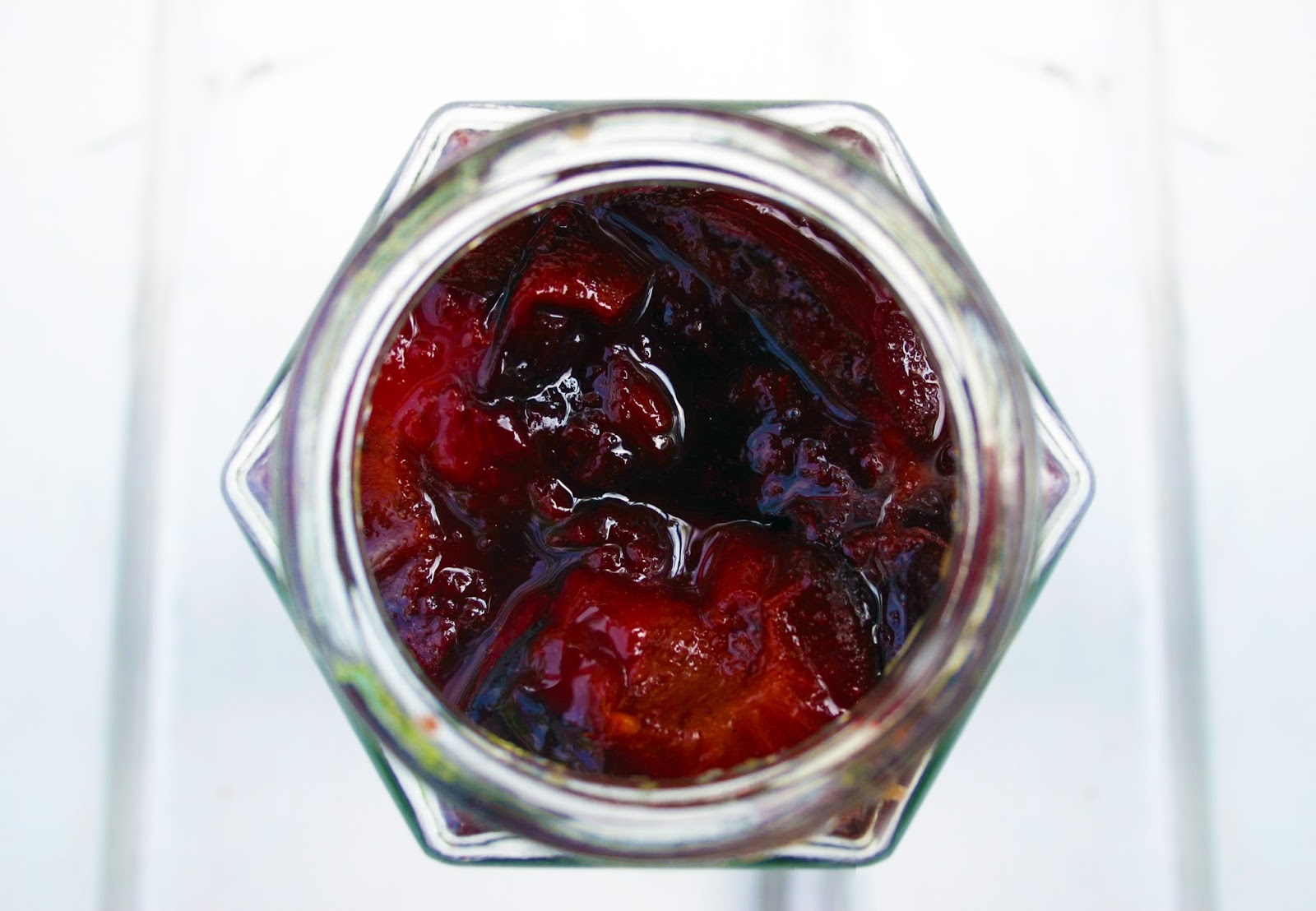 this was one of those baking disasters that went so terribly wrong but actually came out so beautifully in the end… if you’re anything like me the idea of planning meals in advance goes against everything I know… i’m an impulse person and tend to cook for my mood but part of this campaign is about encouraging us to make food that lasts for more than the one hit and whilst this worried me slightly, as I began to unpack the gorgeous food items my brain automatically started to plan meals… of course pulling flour and butter out of the delivery box first didn’t help and with 3 huge punets of delicious dark red plums I had an idea to make them spread over a couple of dishes… I baked the plums in a dash  of pimm’s first, which is simply me trying to elongate the taste of summer for as long as I can and then made my crumble with half of the plums… and with the other half I simply jarred them which has given me a sticky, sweet and tart plump jam… divine!

make the crumble in a large bowl by rubbing the butter into the sugar and flour until you have large breadcrumbs, then add the granola and mix together.

take half the plums away and place them into a jar to store for yummy things… wit the other half place them into a smaller baking dish, cover with the crumble mixture and bake on 170C for about 25mins or until golden

serve with lashings of cream… 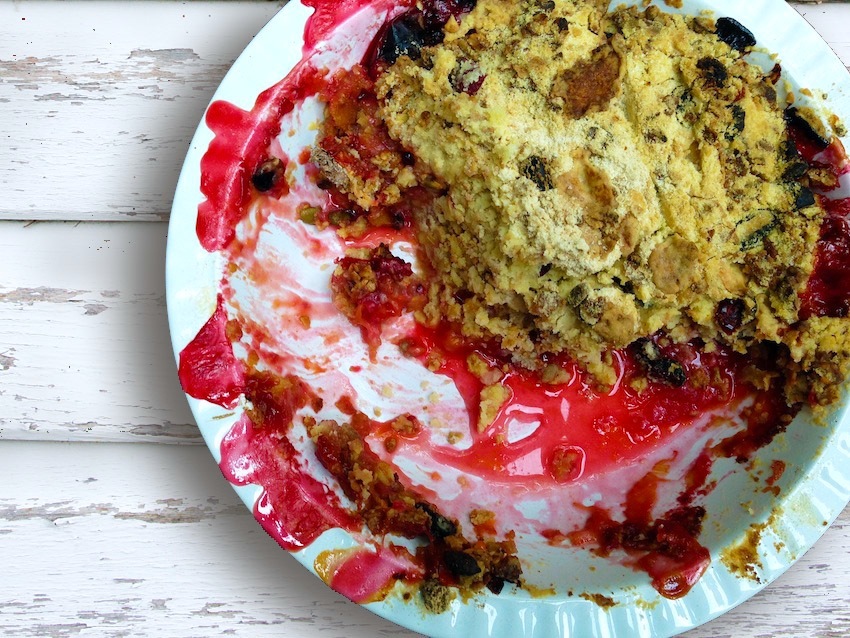 …I have plenty more organic recipes to come throughout September, so watch this space… eat and of course, enjoy!