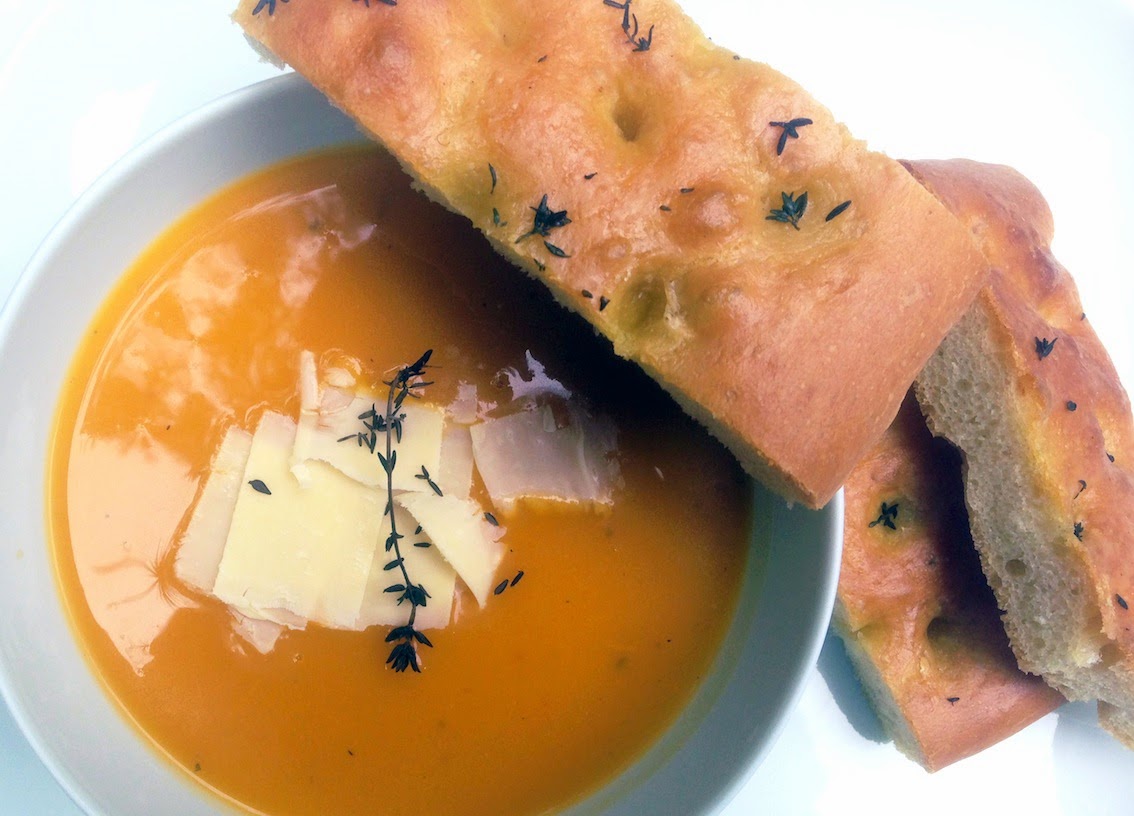 … this british weather has been so unpredictable lately… it’s as though the summer simply doesn’t want to let go but instead of a glorious end to the season we’re getting a grumpy teenager of an Indian Summer… some days it’s a little bit moody, sometimes it’s as bright and happy as a lark… quite frankly it needs a good slap so we can all get on with warm jumpers and stodgy food.

soup is always a good bridging meal I feel and a great way to pack in the flavour, taste and goodness of seasonal vegetables.  This soup is ridiculously easy to make as it’s all roasted in one pan and then dumped into the stock to simmer for a few minutes before blitzing but no-one would know you hadn’t slaved over a hot soup pan because of the glorious velvety nature of butternut squash that adds such a luxuriant quality to the soup… don’t be too shocked here but I actually think butternut squash is quite a bland vegetable unless you do something with it before hand so the roasting alongside other veg really helps… 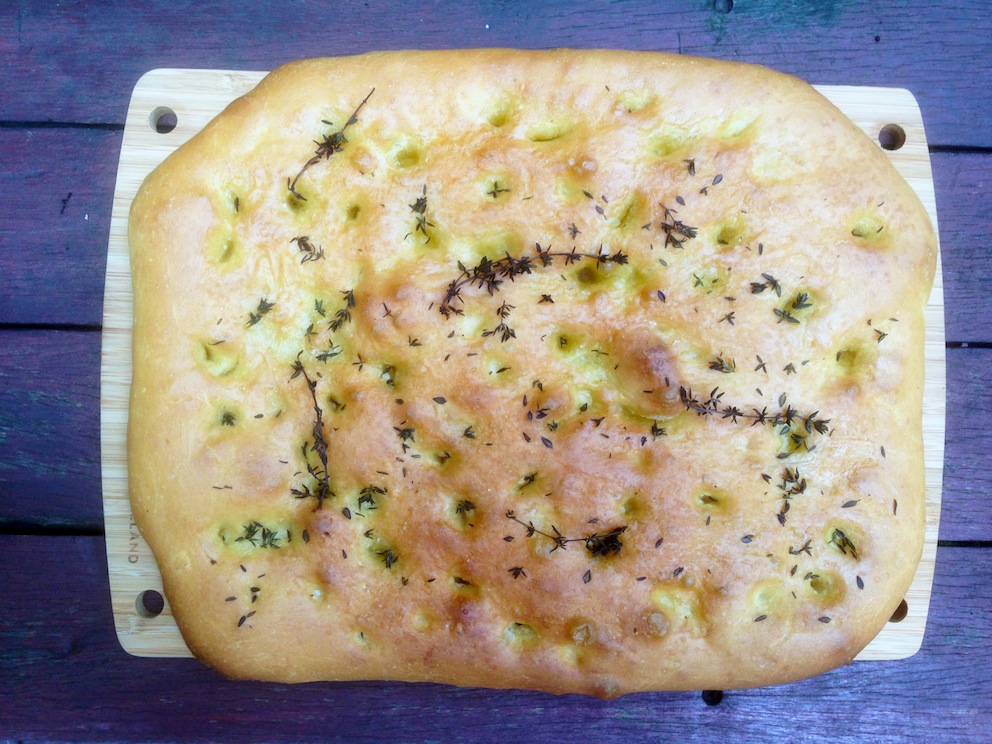 organic roast butternut squash soup with thyme focaccia
as september draws to it’s inevitable conclusion so along with it goes it’s organic companion… although i’m hoping i’ve helped a few of you consider sprinkling a little organic produce in your weekly shop and I also hope you’ve enjoyed my organic recipes along the way… it’s been great being part of the Organic. Naturally Different. campaign… do click on the link for a great round-up of all my recipes and the some others too… here’s a classic for you to round it all up…

start with the soup by placing all the veg into a roasting tin, season and sprinkle with a little sugar and  olive oil then cover with foil and bake on 170C for 30 mins, then remove the foil and roast for another 15 mins until the veg are soft and starting to caramelise a little

to make the focaccia, in a large bowl add the flour, yeast, salt and 2 tablespoons of olive oil, oil you hands and bring the whole thing together… it’s a very wet dough so the oiled hands help… knead in the bowl for 5 minutes then set aside covered with a cloth for 10 minutes after which you knead again in the bowl for 5 minutes – cover with cling film and let it rise for an hour or until doubled in size

split the dough into two and simply flatten into your lined baking trays, pushing the dough to the edges… let the dough rest for another 30 minutes
bake on 200C for 20 minutes, then drizzle a little oil and plenty of salt on top and eat warm 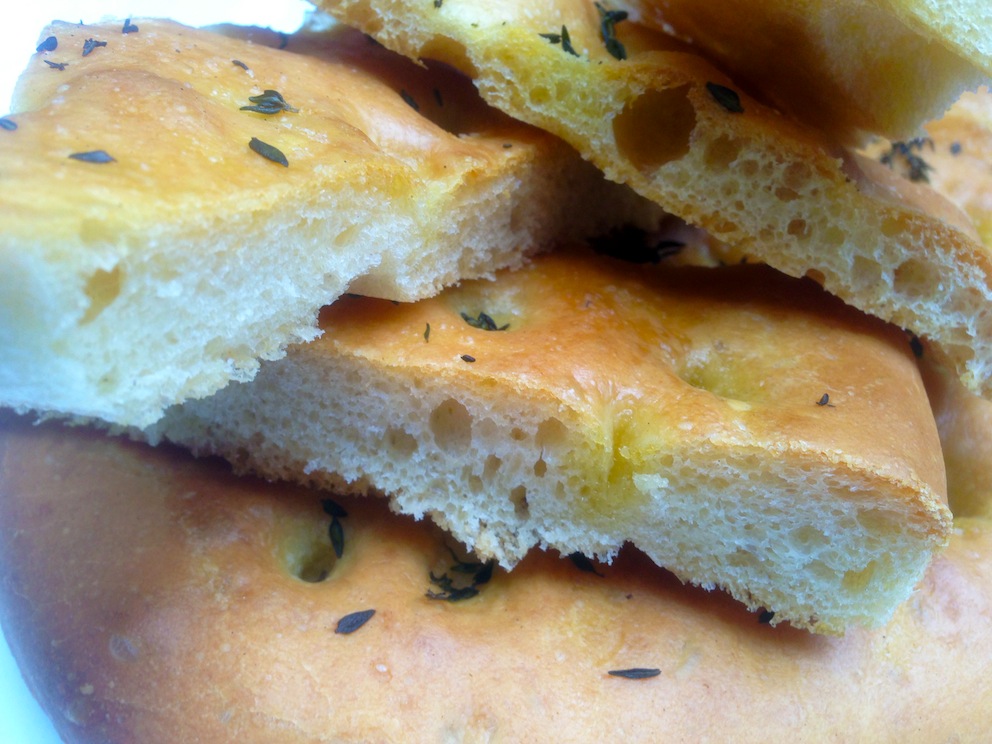