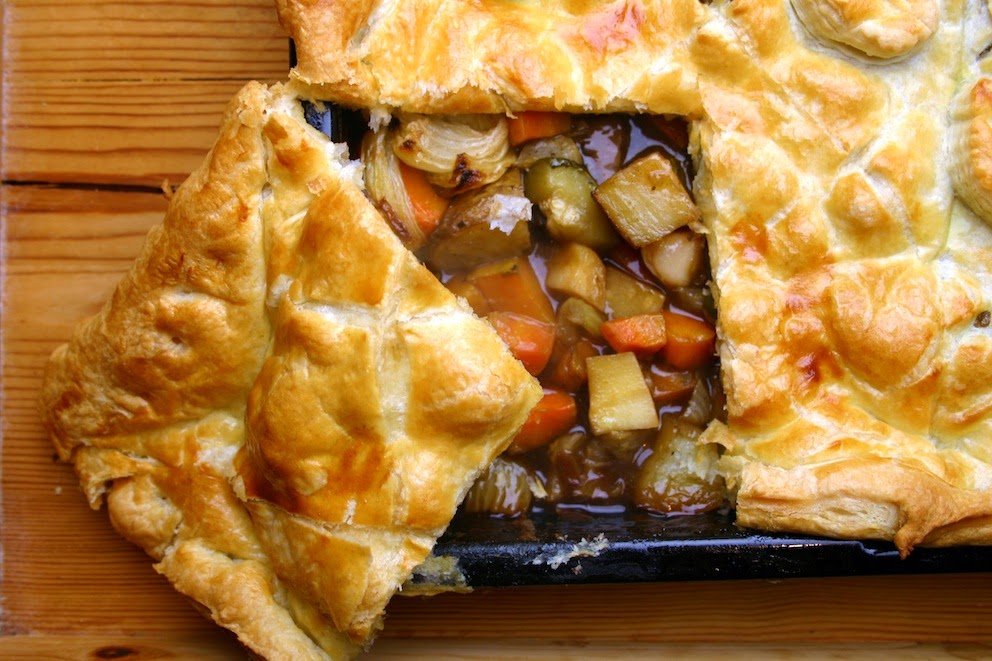 well, it’s officially party season and I know this strikes fear into the hearts of even the strongest kitchen warriors… it’s not just the over-indulgence of everything or the fitting into last years christmas sweater or slinky black dress, it can also be very expensive and come the end of the month there’s barely anything left for the heating bill let alone that flight to Bora Bora you’ve always promised yourself so when the people at VoucherCodes.co.uk asked me to work with them to develop a recipe for their feeding the masses campaign I happily said yes… the idea is to come up with a recipe that feeds 10 people or more for no more £30 which I think is a pretty decent package for creating a filling meal for a group of friends.  I think it’s all about making it as freakishly simple as possible without scrimping on taste or substance… the last thing you want to do when friends come round is be stuck in the kitchen… this pie which easily feeds 10 people with left-overs cost me £27… veggie stew pie
ok, so the idea behind this dish is to do it all in one pot and stuff it full of goodies, throw some carbs on top, let it bake for a while then bung it on the table and let the masses dive in… pure, simple, joy… you can use any vegetables you like and of course you could also throw in some cut up sausages but I think sometimes at this time of year when you’re going to be eating a lot of meat it’s nice to have something a little meat-free, plus this also means you don’t have to worry about those pesky stray vegetarians that may turn up unannounced…

depending on the size of you oven you will need one very large or 2 regular sized oven trays… I find the ones that originally came with your oven are the best, if you still have them. 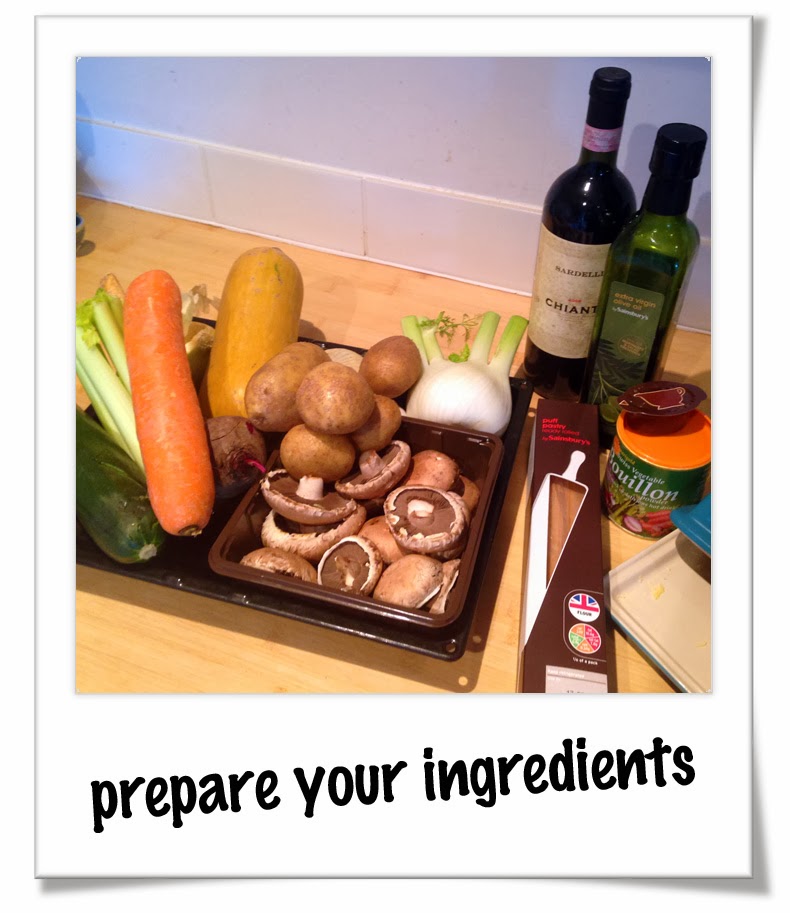 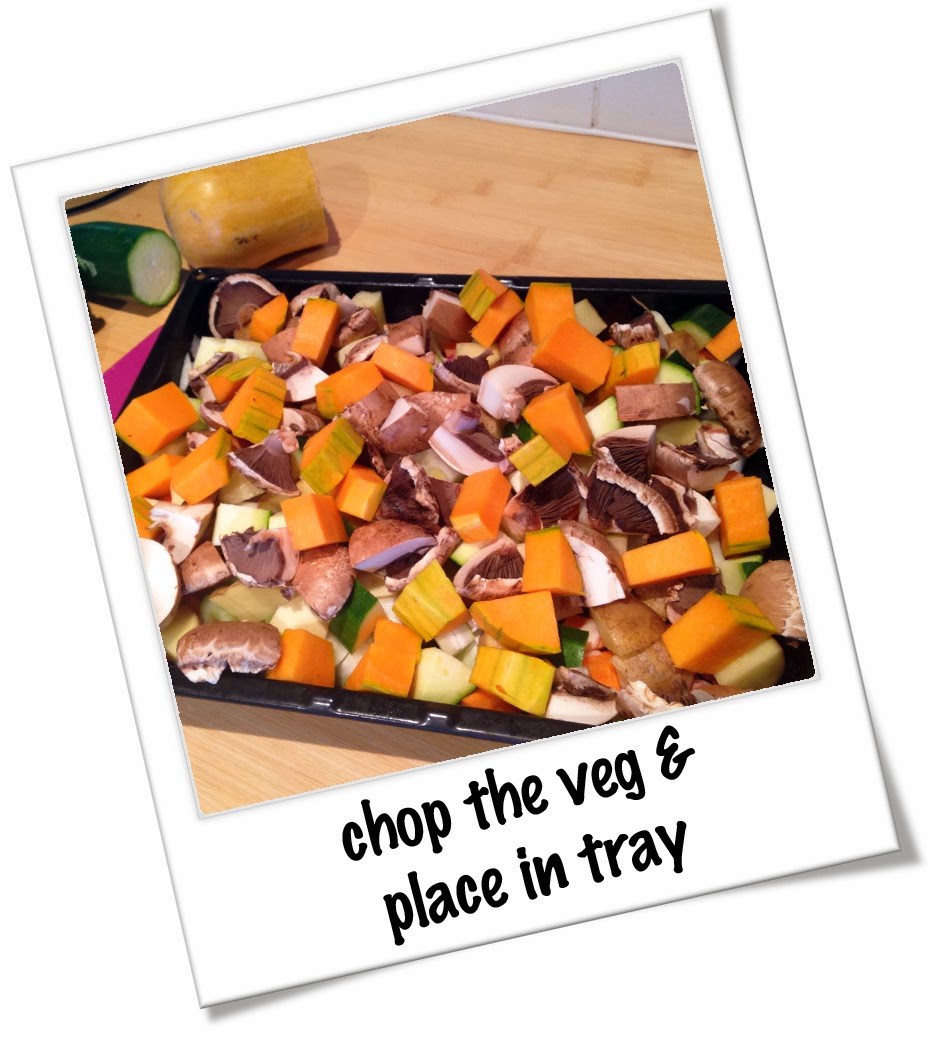 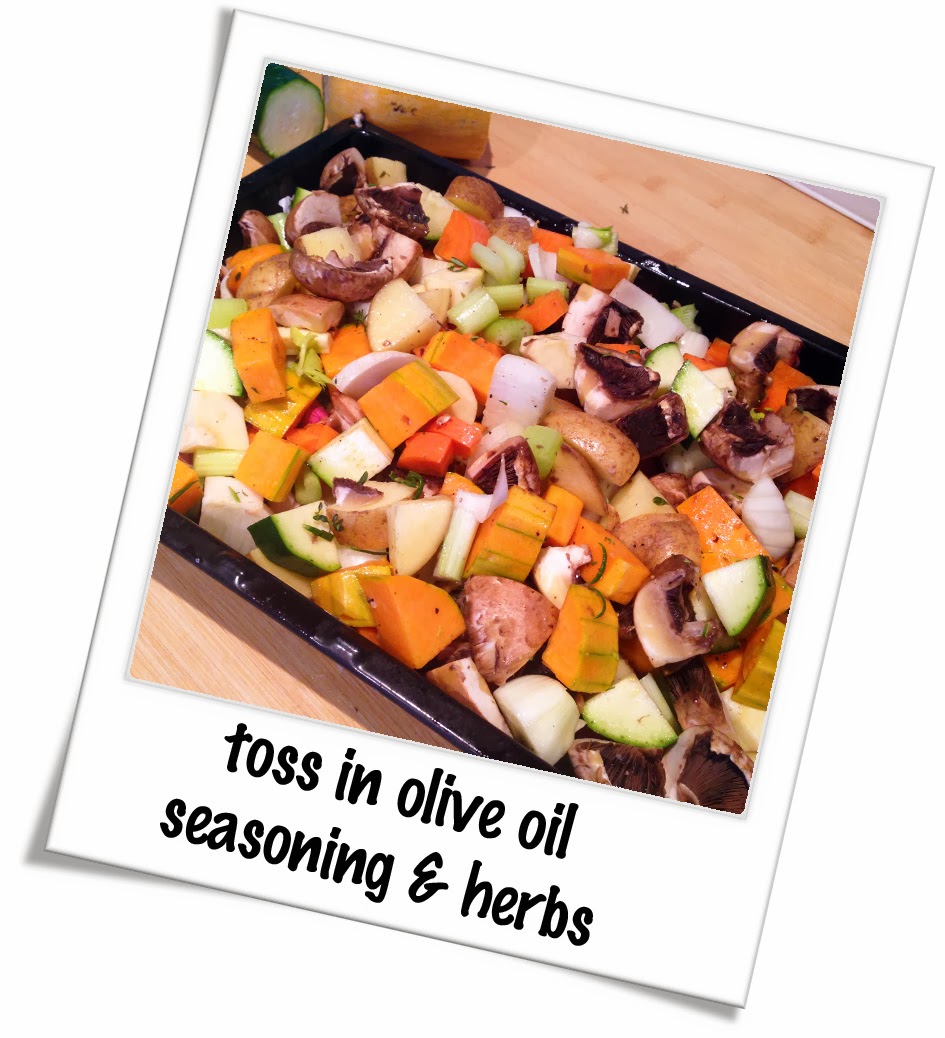 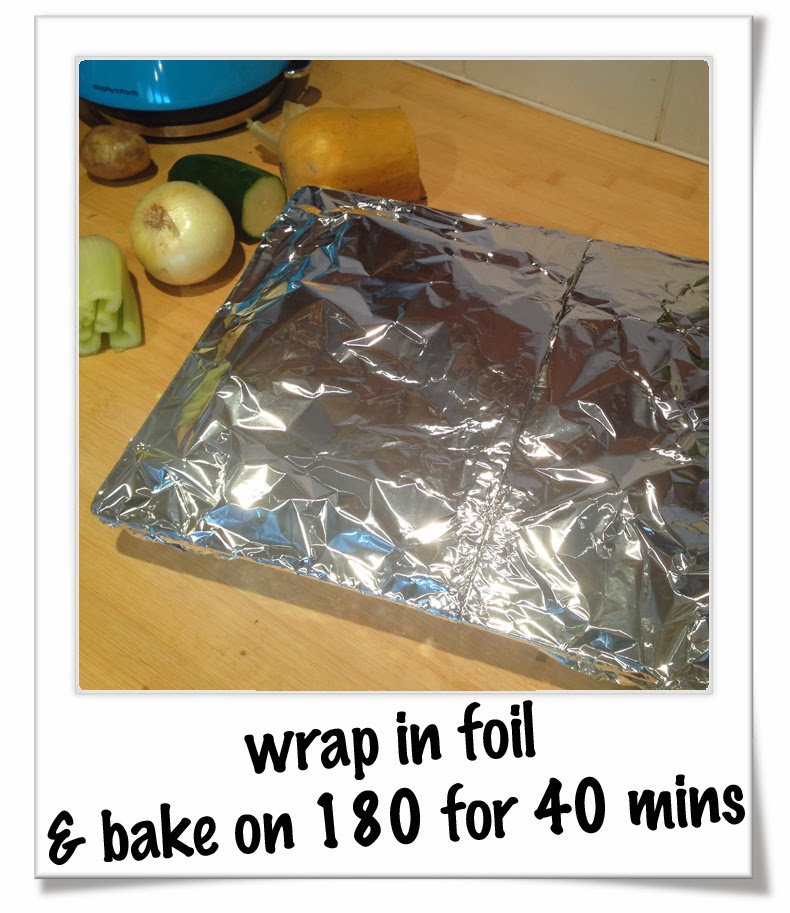 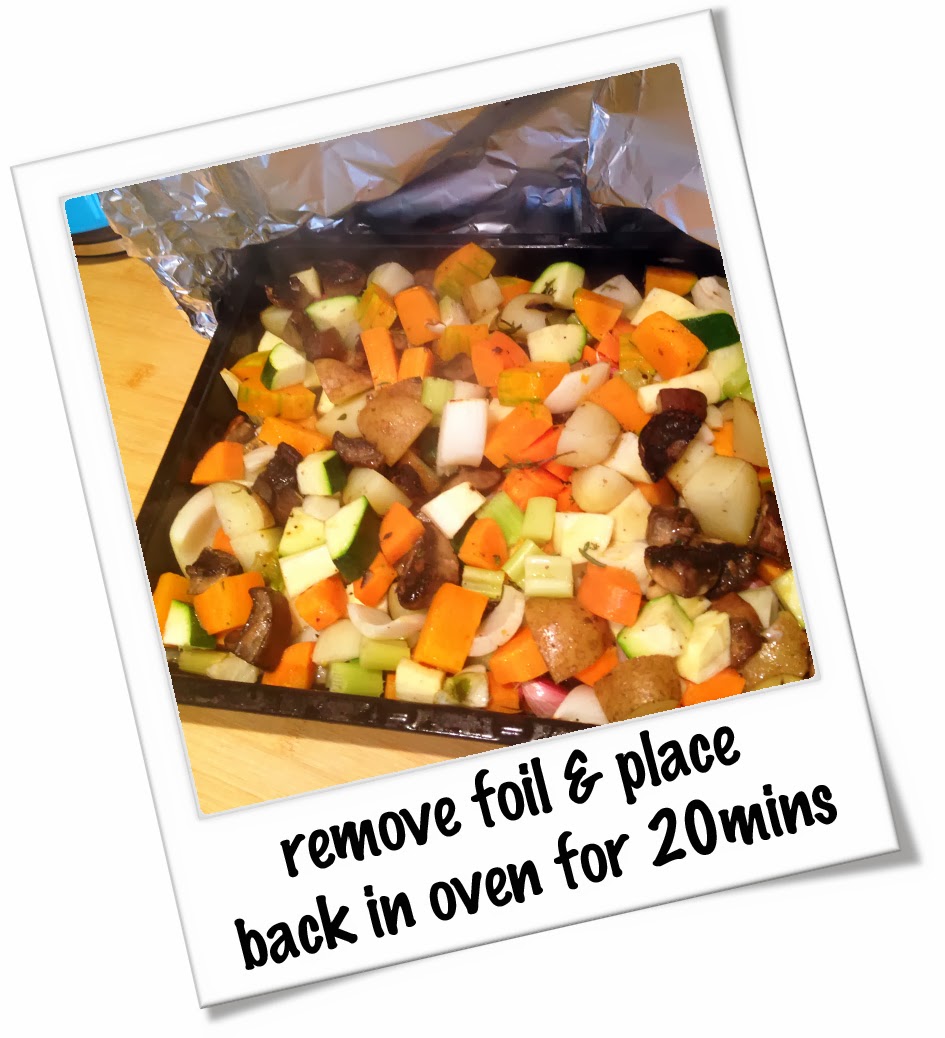 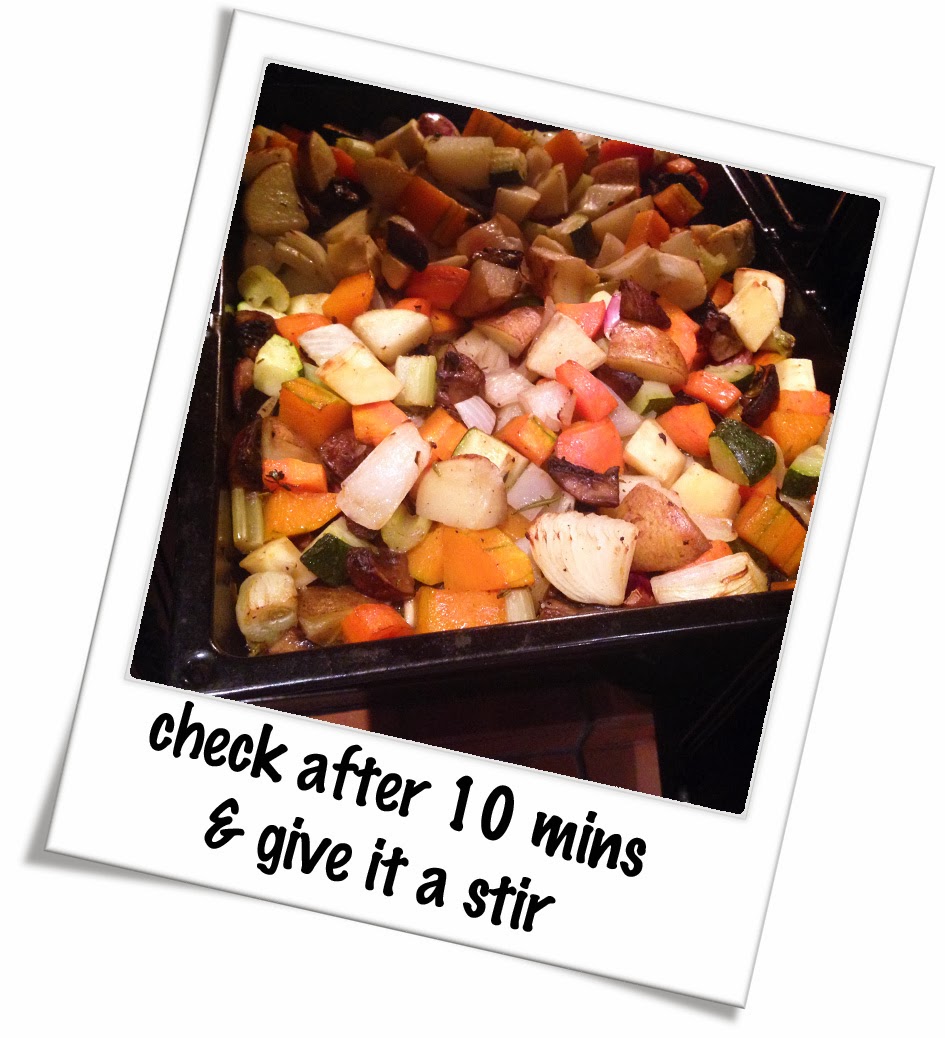 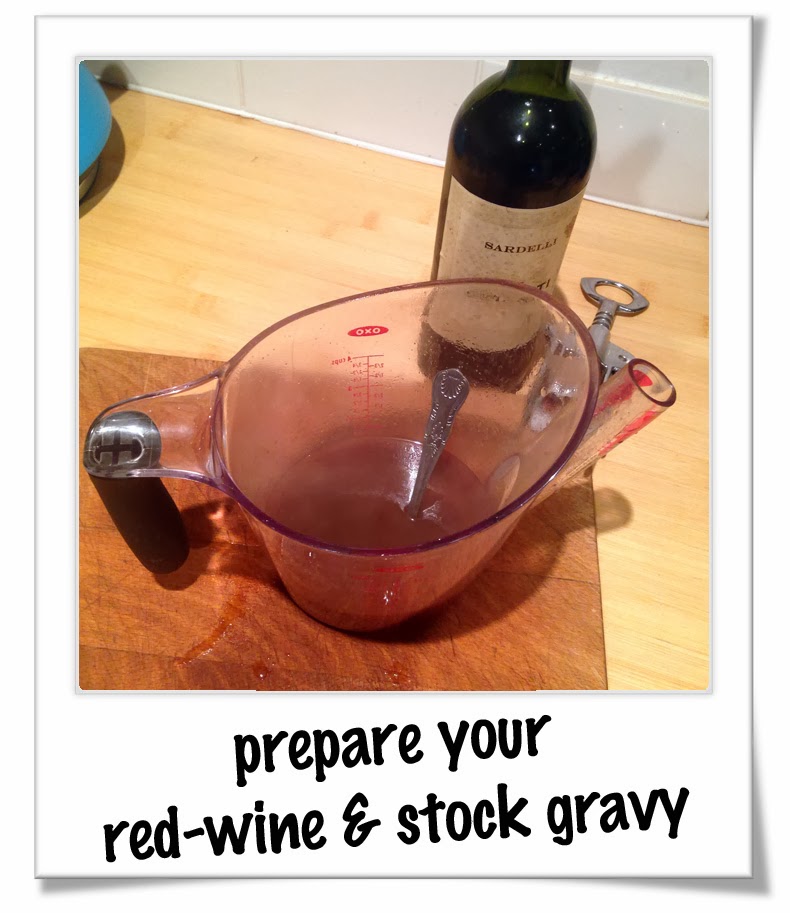 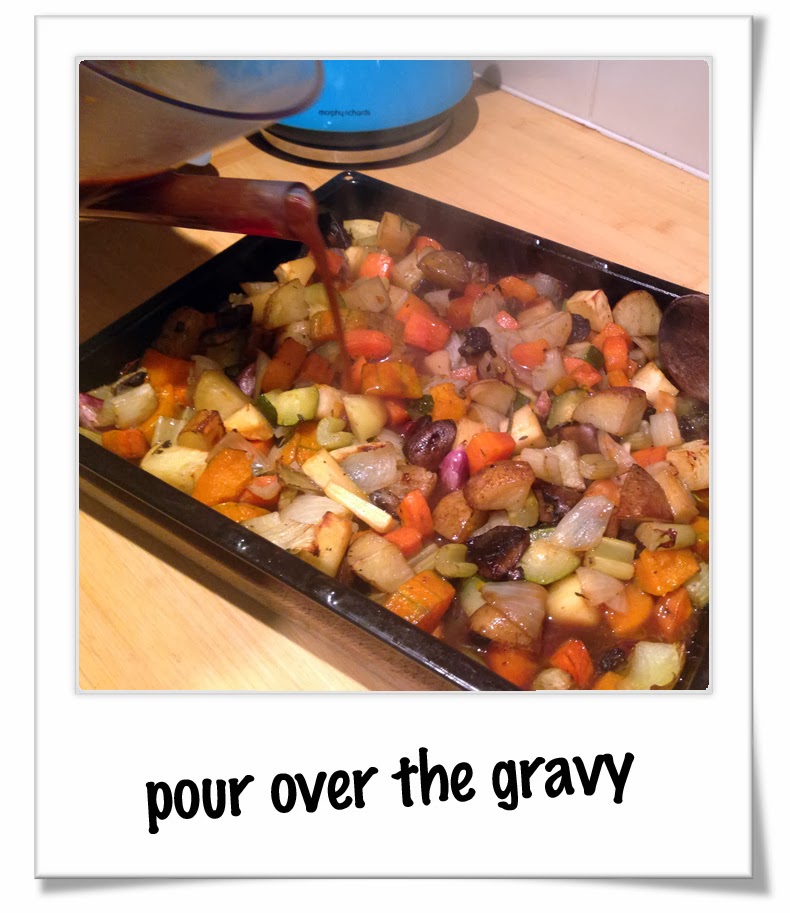 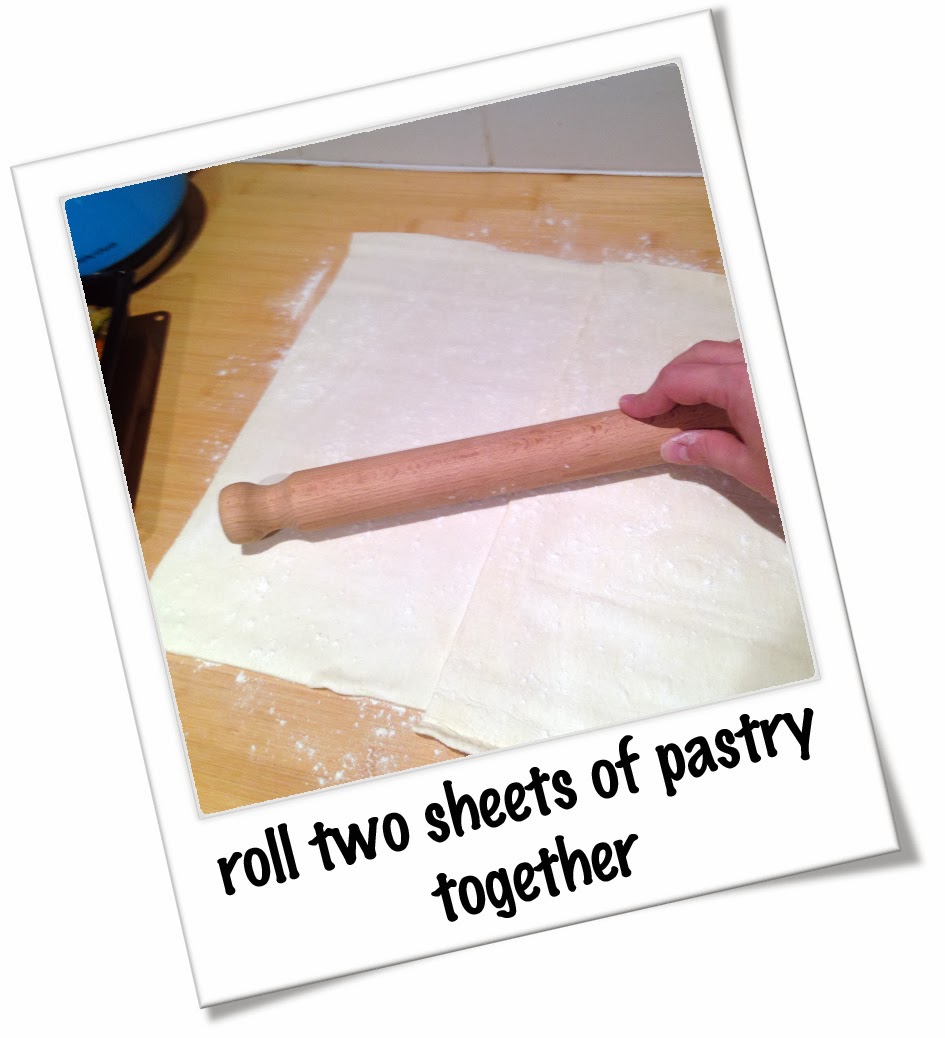 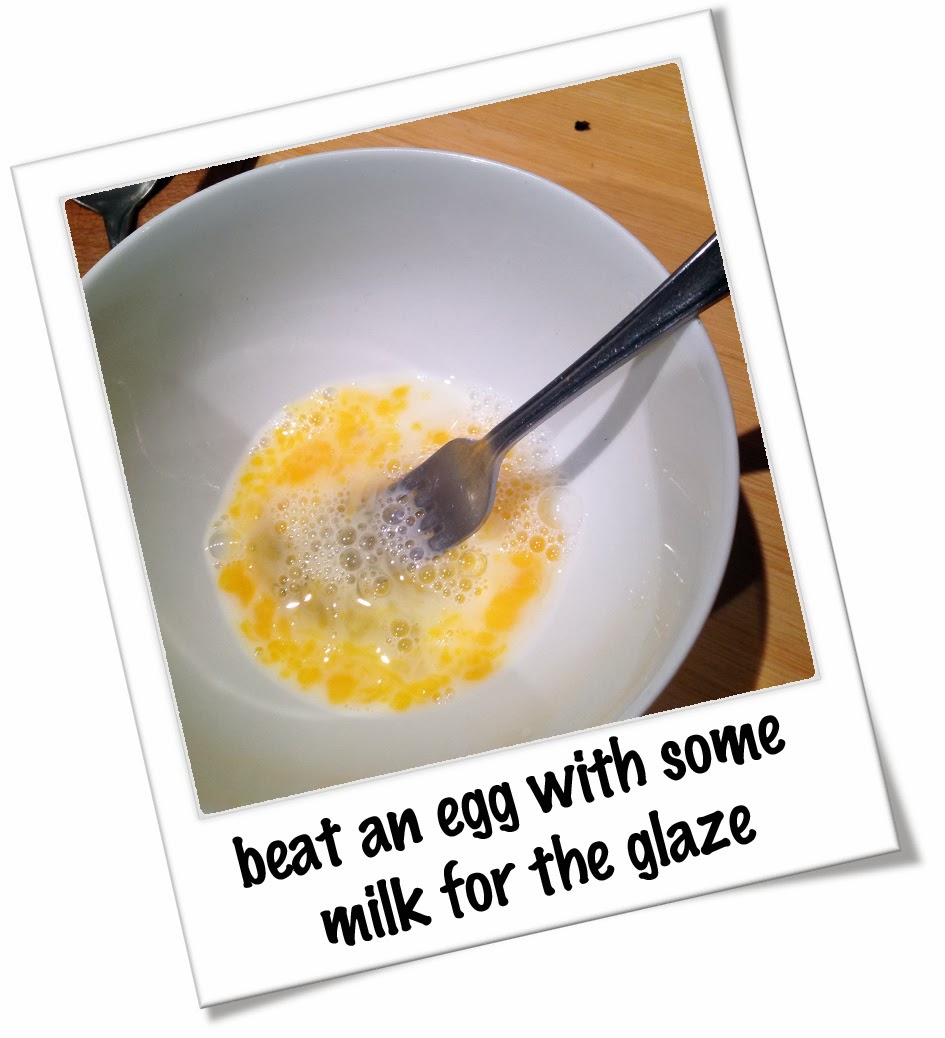 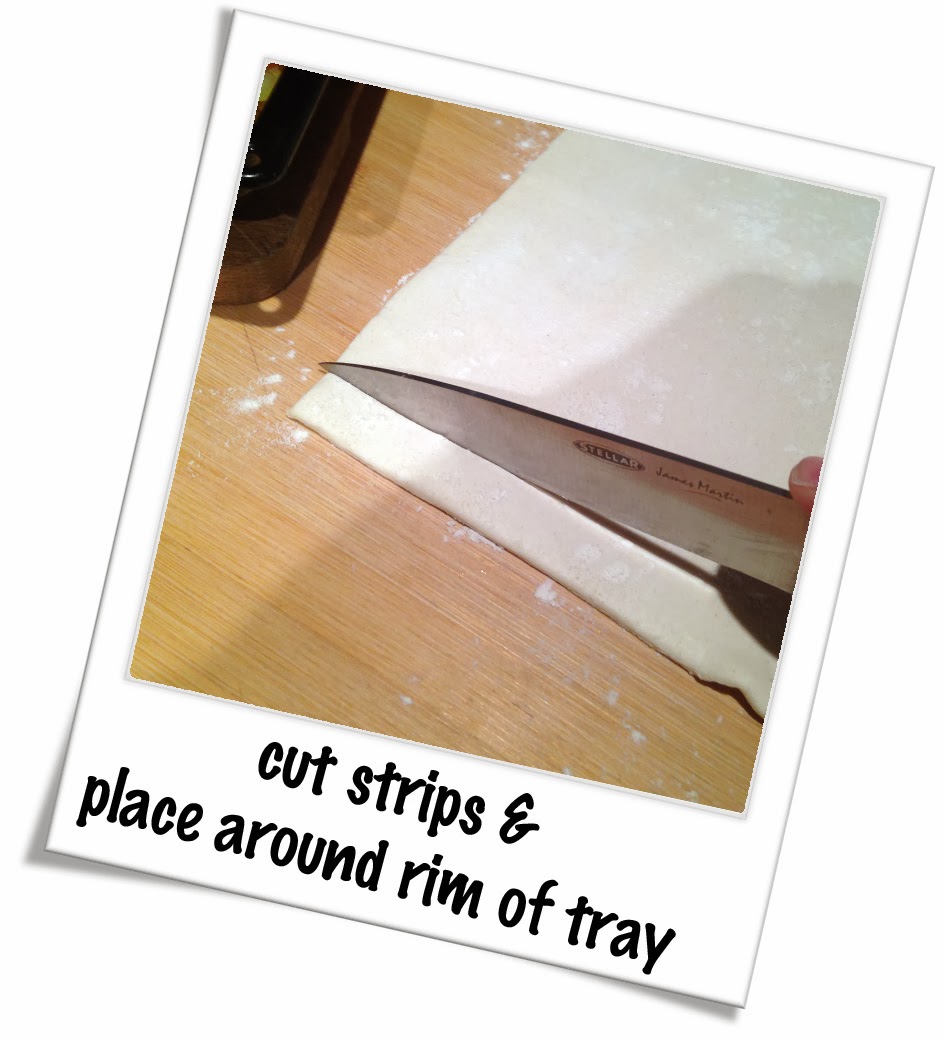 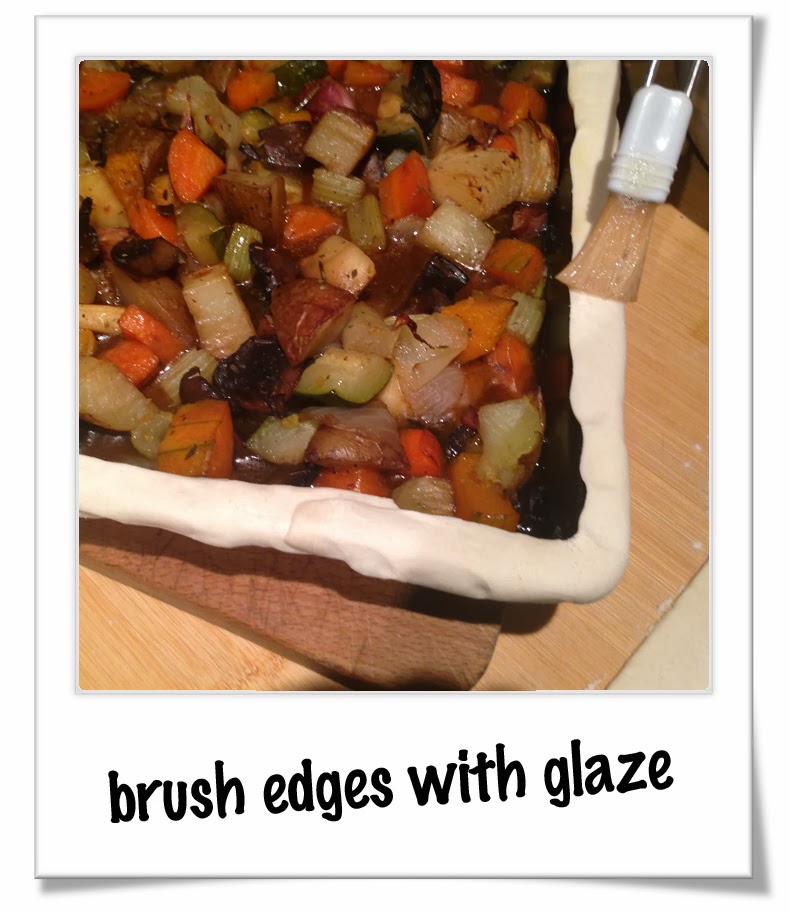 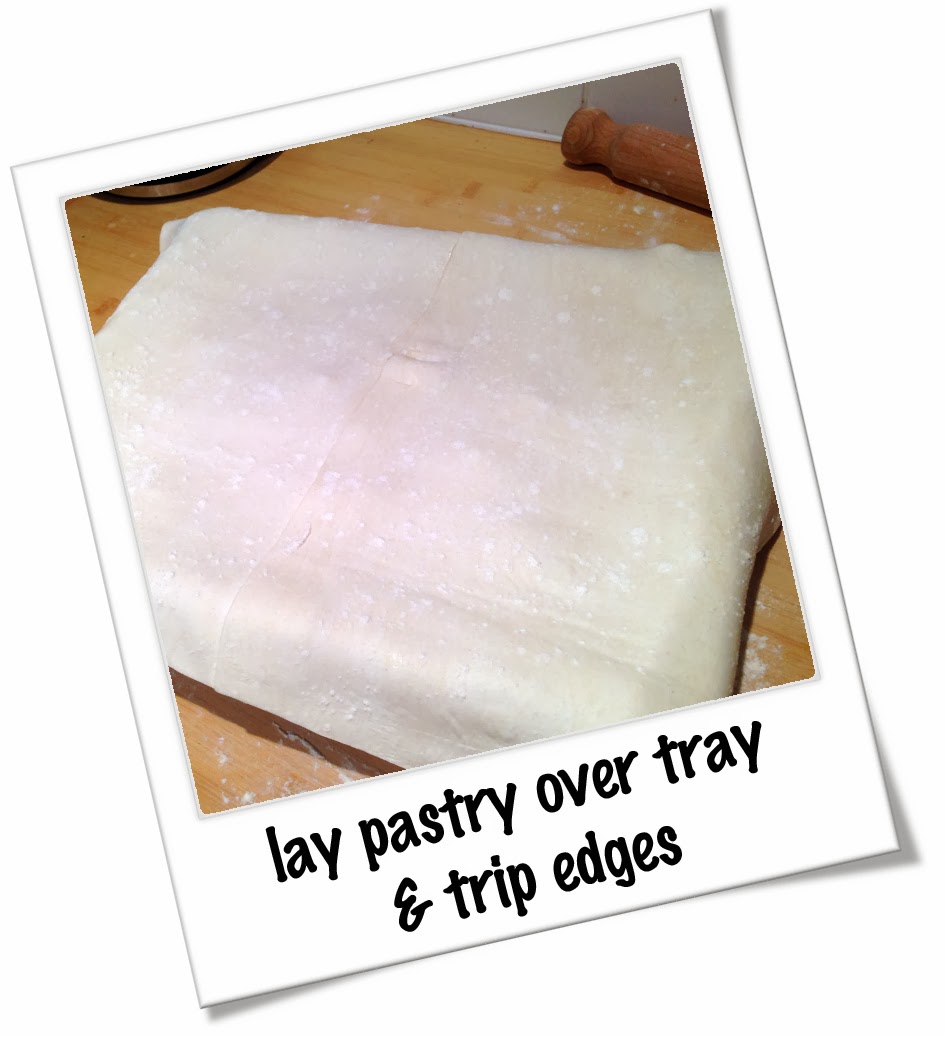 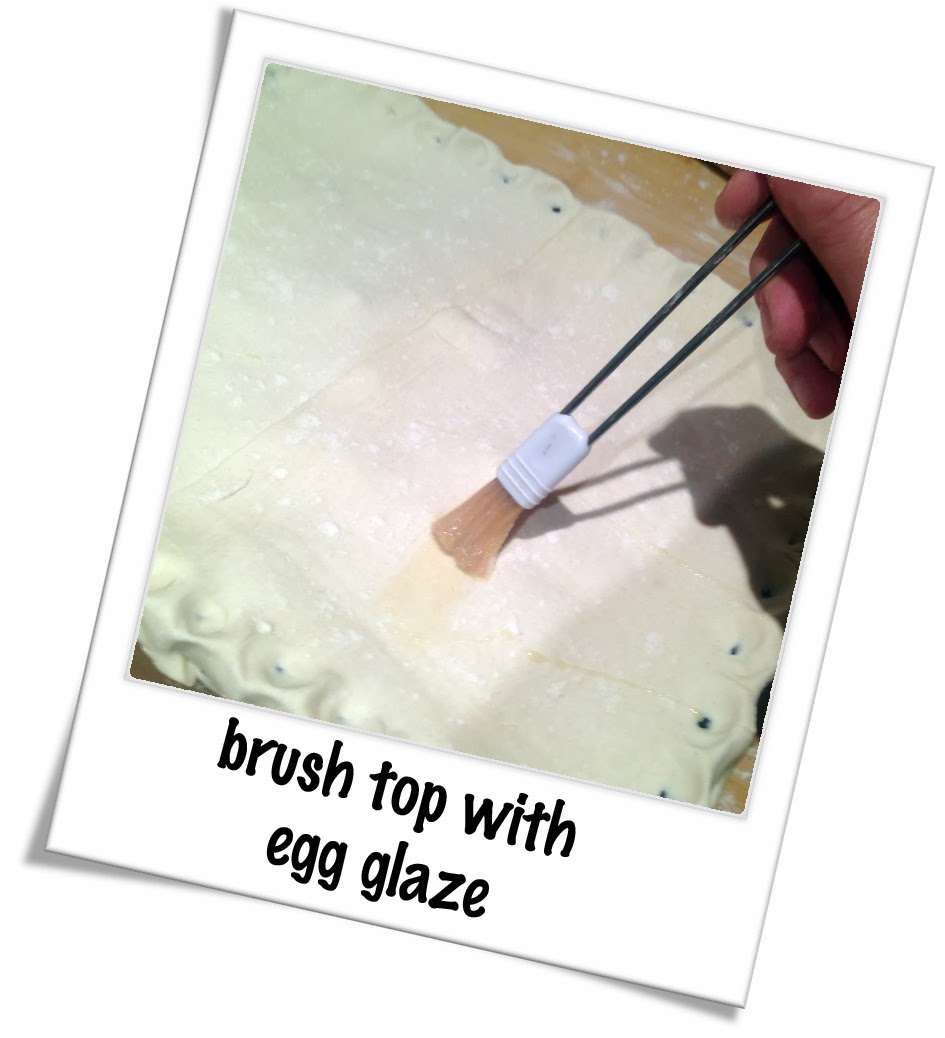 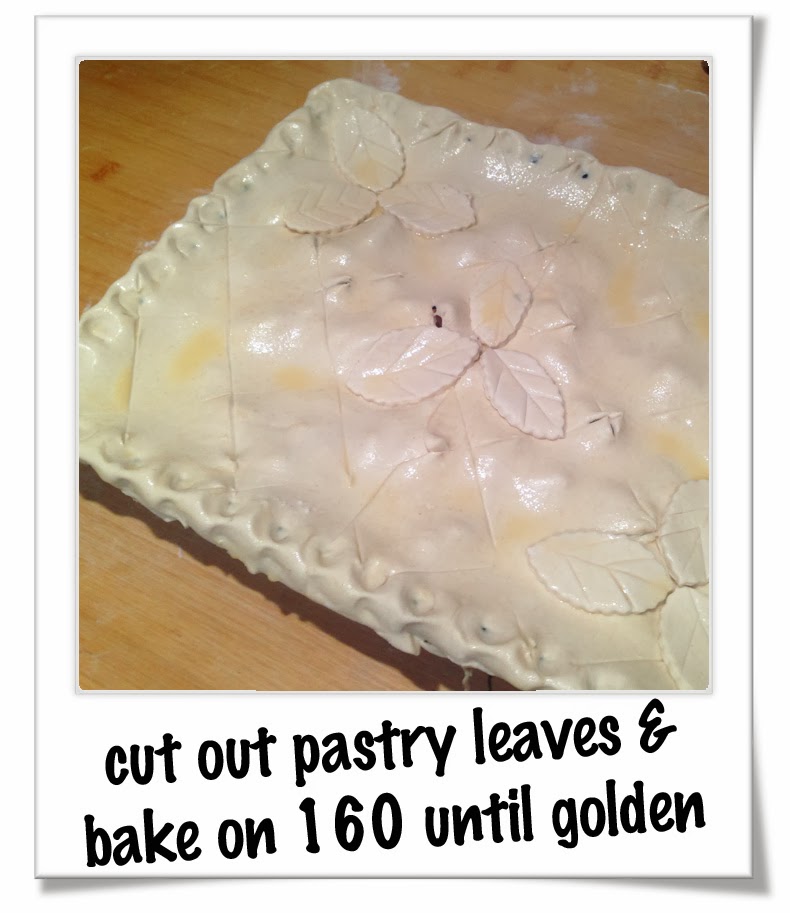 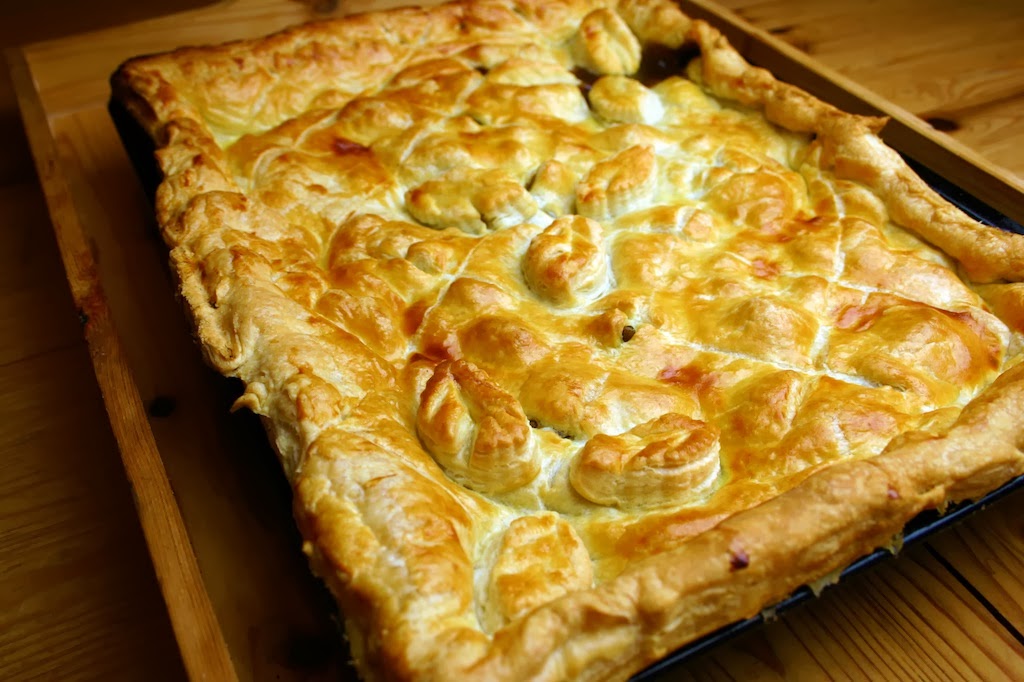