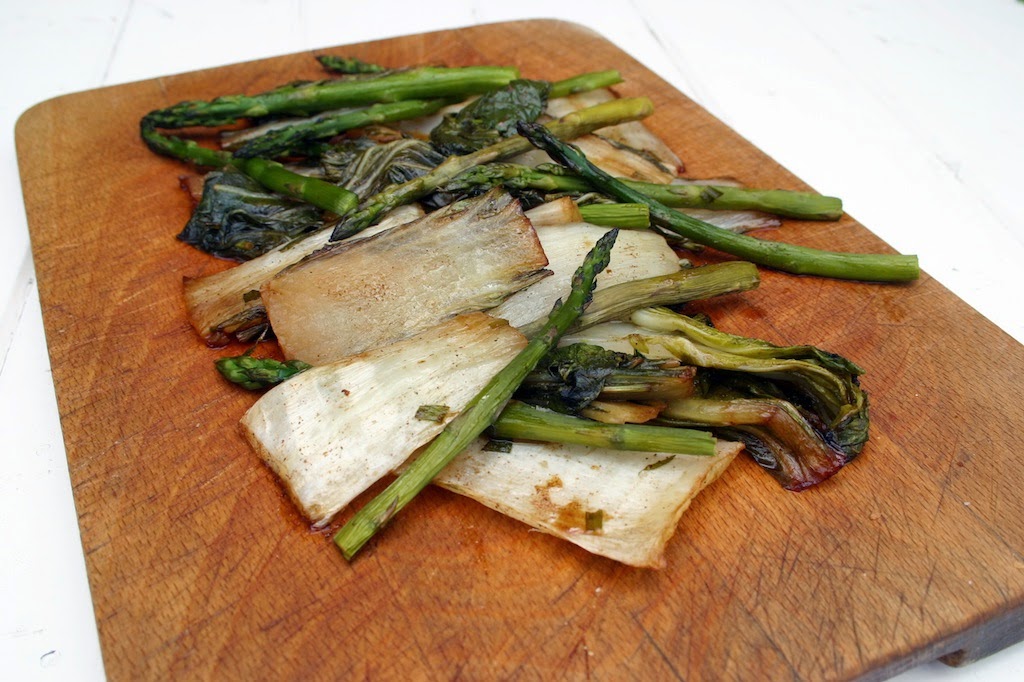 … The Viking is a big fan of cabbage.  He wears this fact on his sleeve like it’s some kind of working-class talisman.  If it’s got cabbage in it then it must be good, proper food.  ‘Salt of the Earth’ type food.  Peasant food.  It’s as though by default his love of cabbage keeps him closer to his roots, it earths him in his background and upbringing where, it seems, they ate cabbage in abundance, for every meal, without fail.  It’s quite funny how something so simple as a cabbage can drive him to such passions.  If i tell him i’m making something I know he’s not that particularly fond of but then tell him it has cabbage in it I can quite literally see his face turn from scorn to adoration in seconds… fortunately for us both it is quite incredible how many varieties of cabbage there are in the world… 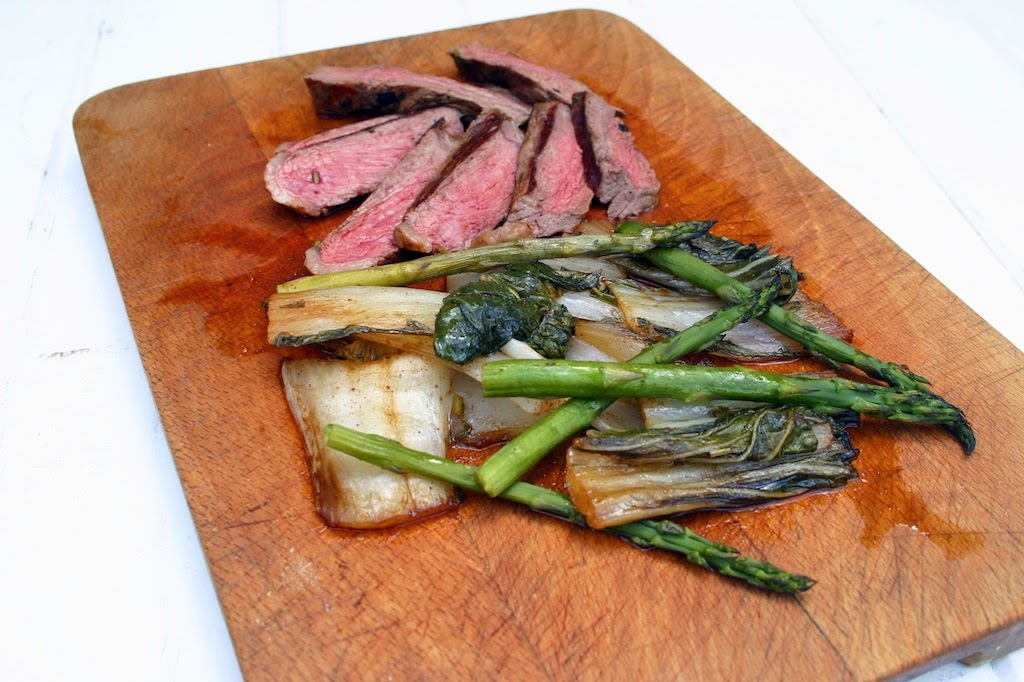 bok choy and asparagus with honey, garlic and soy
a while back I was sent a tefal optigrill to trial and the poor thing has been languishing in the corner of the kitchen for a couple of sad months waiting to do its thing… and its thing, as the name suggests is grill stuff, well griddle stuff actually and its a very clever little device which tells you when your food is grilled to perfection and is angled down slighlty so that the fat from anything your griddling runs off into a drip tray leaving you with perfectly cooked, healthy food. Its optimum reason detre is to grill meats, which as you know, I do very little of here at Belleau Kitchen but of course it does vegetables too although if i’m honest, like most gadgets in my kitchen I can see this one being put at the back of a cupboard and staying there for a few dark months before being used again… until today, with the sun shining I looked at it sitting folornly in its box and thought, ‘you know… what you have there is a mini barbecue’ and hey presto, a few marinades later and we have a gorgeous al fresco lunch.

as it happens this bok choy was part of the gorgeous Abel & Cole delivery I had a while back and is grown locally in the UK, I was also sent this completely stunning steak as part of the same delivery.  As always I implore you to try and understand where your food comes from.  Get Food Smart and try to eat meat less often and only purchase it when you know its provenance.

place the chopped bok choy into a shallow bowl

in another bowl add the marinade ingredients and combine, pour half of the marinade over the bok choy and set aside in the fridge for 30 mins

if you’re placing the meat of veg in the fridge to cook later, don’t forget to remove them from the fridge 30 mins before cooking to bring them up to room temp and give a more even cook. 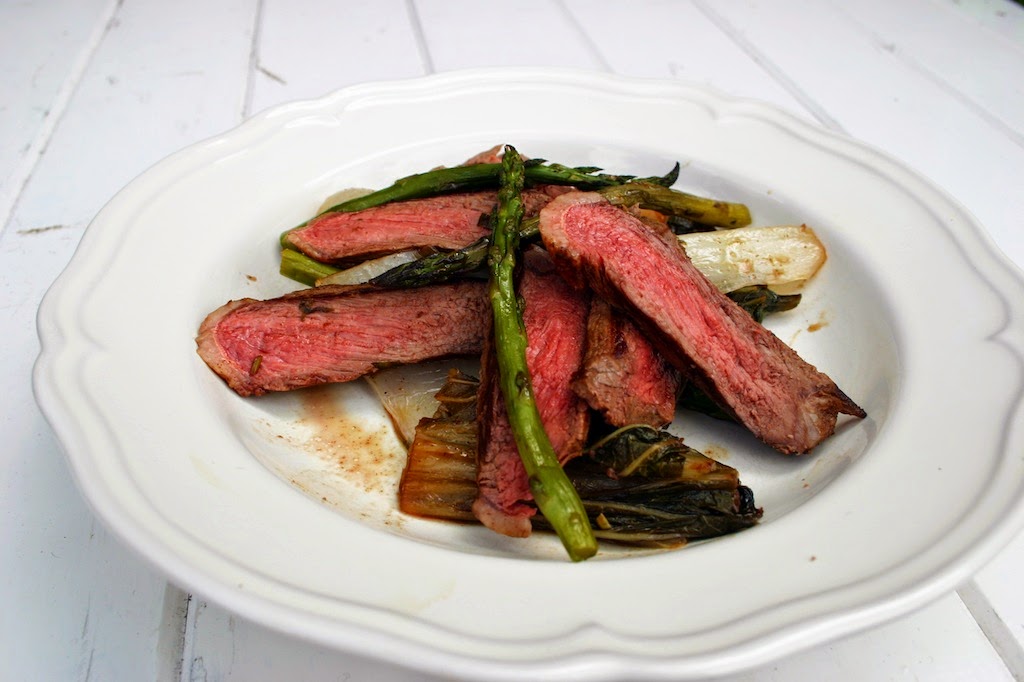