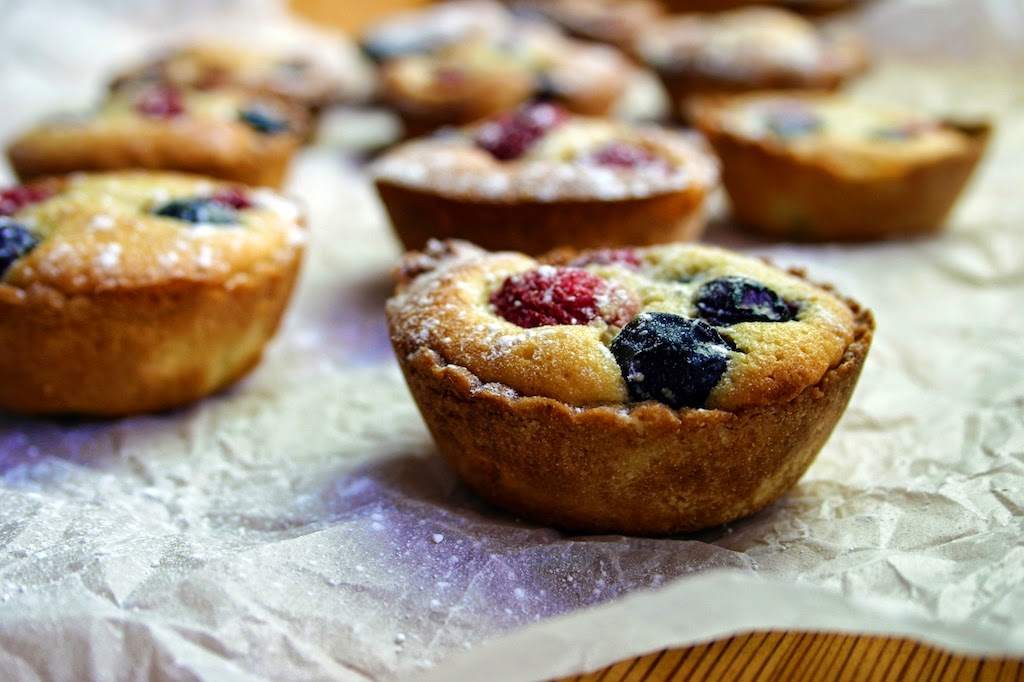 … well, since I was last here i’ve been on a mini world-wind tour of Ireland and Scotland… well Cork, Dublin and Glasgow to be precise but it feels like i’ve crossed boarders and heard more lilting accents than King John had broadswords shoved in his face but i’ve had immense fun and now the roadshow we’ve been working so hard on is underway I can turn my attention back to the blog for 5 minutes before i’m distracted again by all things World Cup which kicks off next week… we’re actually converting a London pub into a female-friendly football space for Benefit Cosmetics where women who love football or at the very least have an interest in footballers legs can come into a chic environment to watch the game… and perhaps have a little eye-brow shaping at the same time. With the launch event a week today we have a lot to do…watch this space for updates and pictures… 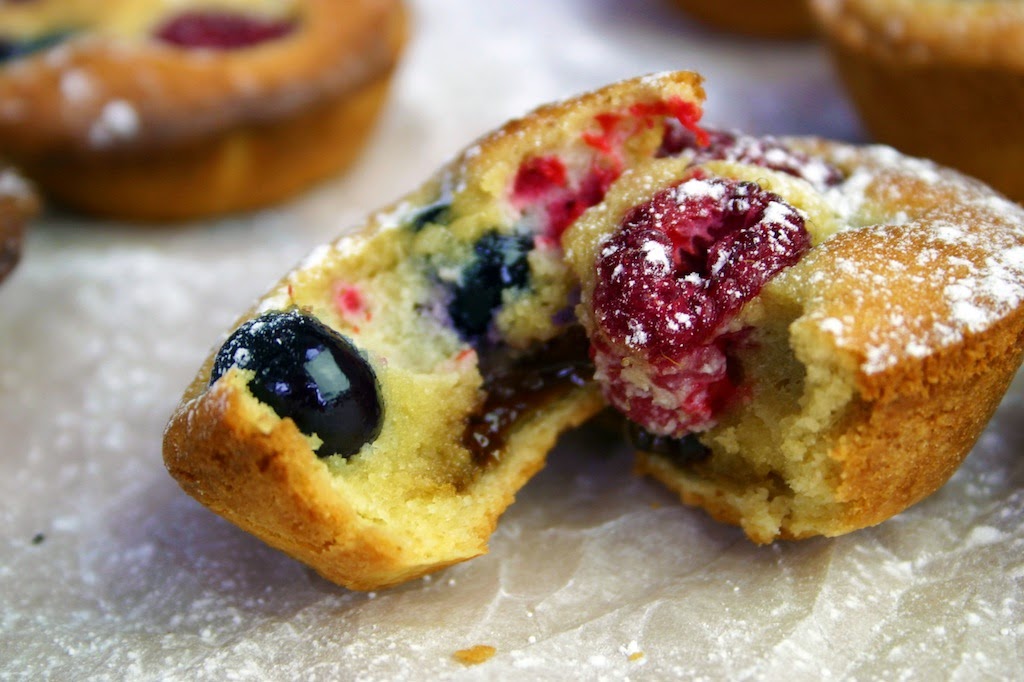 raspberry and blueberry mini frangipane tarts
in the meantime I feel like it’s time I treated myself to something a little naughty and fruity and there’s nothing better than these mini frangipane tarts to hit the spot.  The thing I love about frangipane is the marzipan gooey quality of the ground almonds in the filling which has a richness that isn’t too heavy… the little beads of berries cut through nicely to add a little chic ‘French Patissiere’ quality to them which is simply heavenly… i’ve also used a sweet almond pastry to add to the richness but i’m sure i’ll be able to handle it… I think you’re supposed to wait for them to cool once they come out of the oven but a warm tart with a little double cream dripping down the side… who could resist?

flatten in out slightly, wrap in cling film and place in the fridge for 30 mins

once the pastry is ready, roll it out nice and thinly.  Using a scone or cookie cutter, cut circles out of the pastry and lay these gently into the tart tray and set aside whilst you make the frangipane filling

in a large bowl beat the sugar and butter until it’s light and creamy then beat in the eggs followed by the flours, ground almonds and vanilla, whip it up till it’s fully combined

place half a teaspoon of marmalade in the base of each tart, then fill each tart generously with frangipane and squish as much fruit as you dare into each tart, I used 3 blueberries and at least 2 raspberries per tart 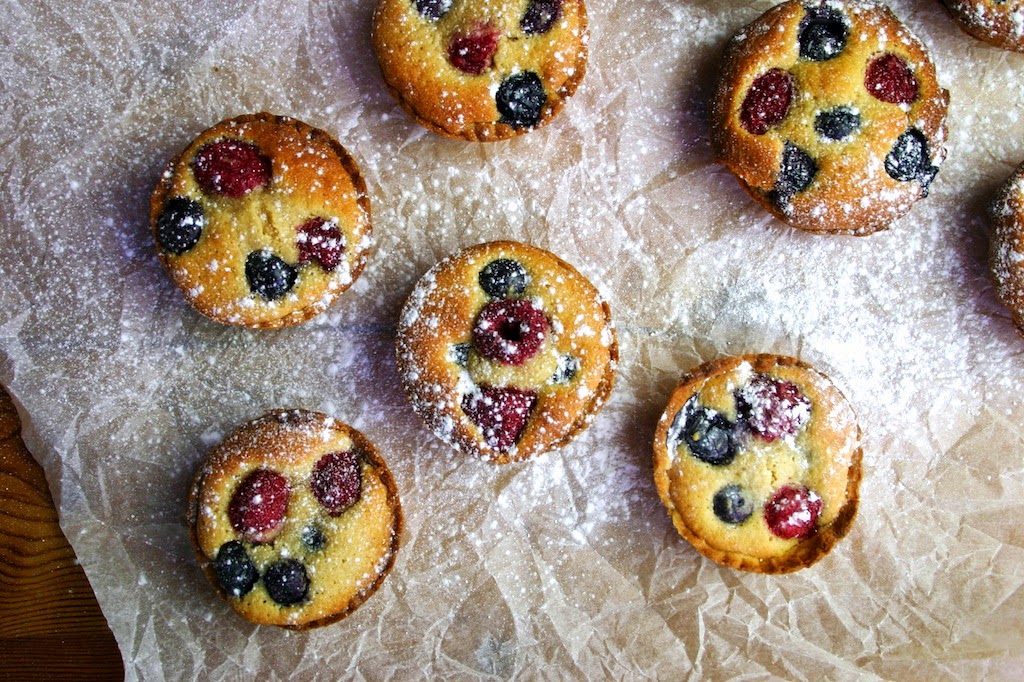