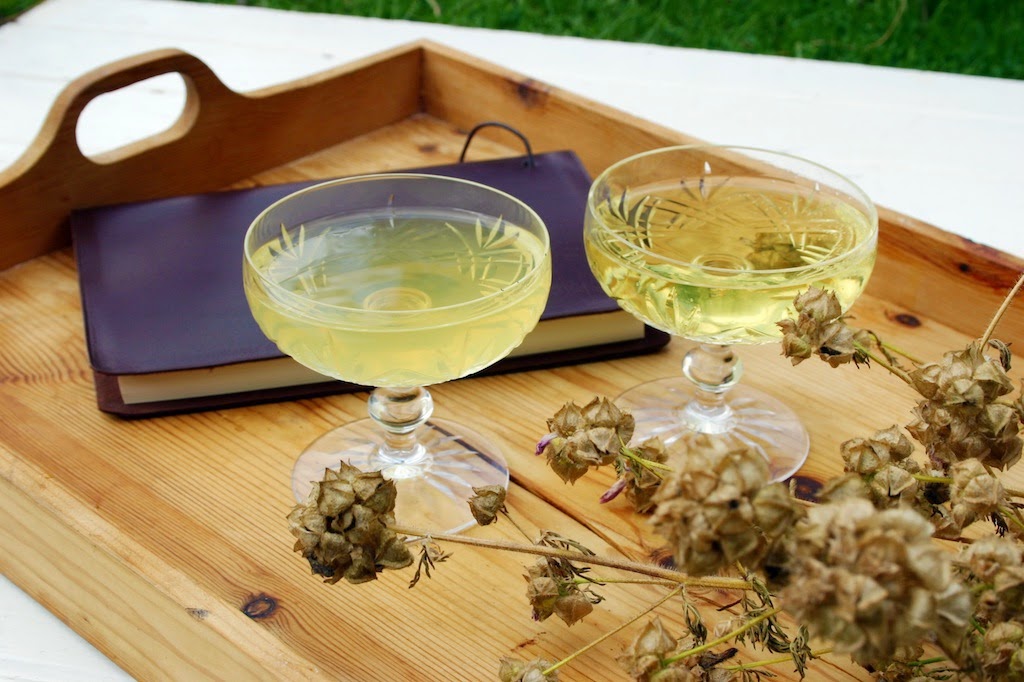 … it is said that Hemingway invented the Death In The Afternoon cocktail, named after his book, having spent time in the Left Bank area of Paris where he enjoyed indulging in the absynth culture which was encouraged to be taken by artists as a way to free one’s mind.  The cocktail is known for its decadence and strength and is claimed to have been one of his favourites… ‘decadent’ and ‘strength’ are beyond true when it comes to describing this cocktail but if you have a spare afternoon with nothing to do until the following day then i’d encourage you to indulge… 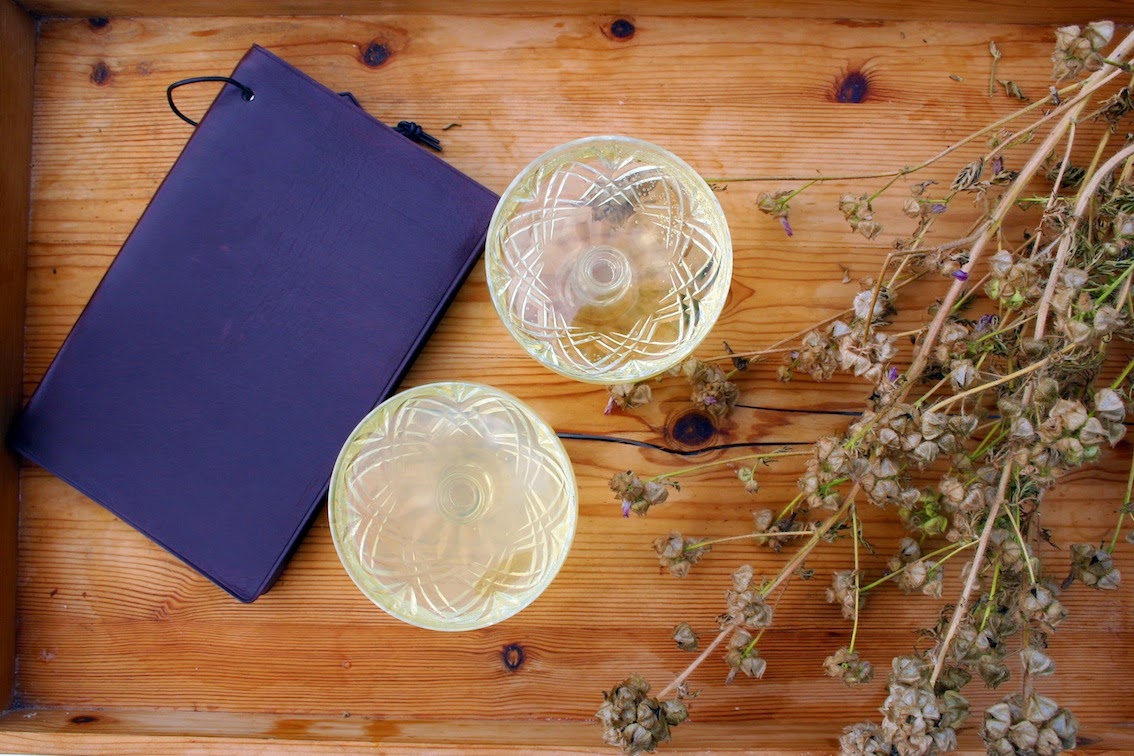 death in the afternoon
in Hemingway’s own words… “pour one jigger of absinthe into a champagne glass.  Add iced champagne until it attains the proper opalescent milkiness.  Drink three to five of these slowly”

… and darlings, here are the rest of your decadent entries to this months random recipes…

first up is Alison from Dragons and Fairy Dust with this rather wonderful but slightly long to say, Apple, Cucumber, Elderflower and Mint Virgin Cocktail randomly selected from Do-Ahead Dinners by the brilliant James Ramsden… feel free to add a splash of vodka! 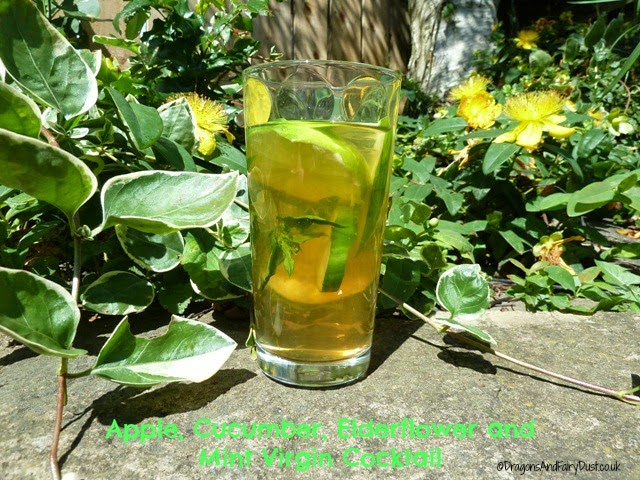 and next up is lovely Caroline from Caroline Makes with this very bright and fruity Watermelon Passionfruit Margarita which rather than made from a random recipe was made with random ingredients, which I love! 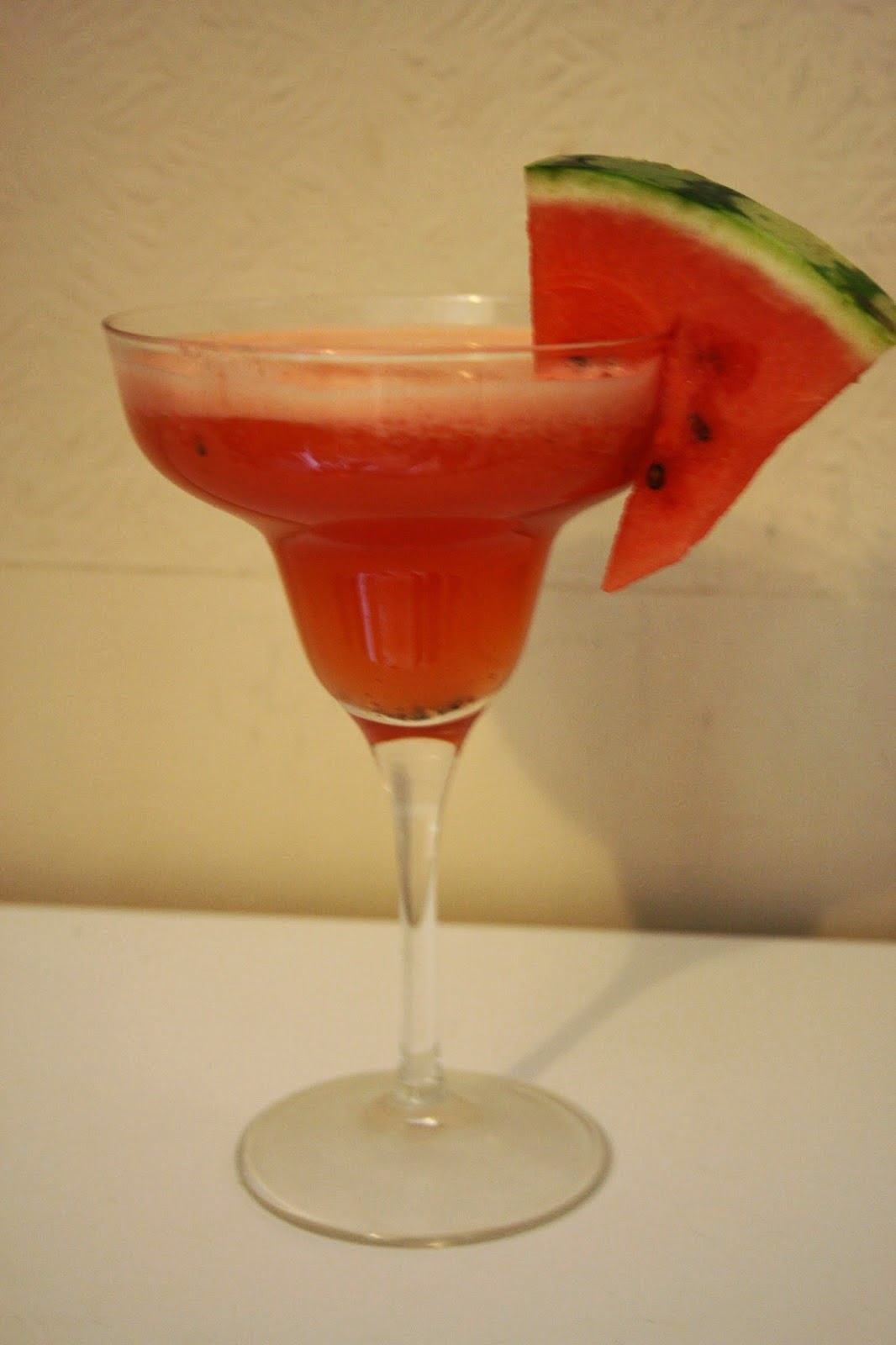 here’s Craig from The Usual Saucepans with a hot and spicy Chilli Chocolate Martini taken from Nigella Lawson’s Kitchen.  A lack of equipment, ingredients and glassware nearly put him off but i’m glad it didn’t as this decadent and smooth drink would go down a storm chez Belleau. 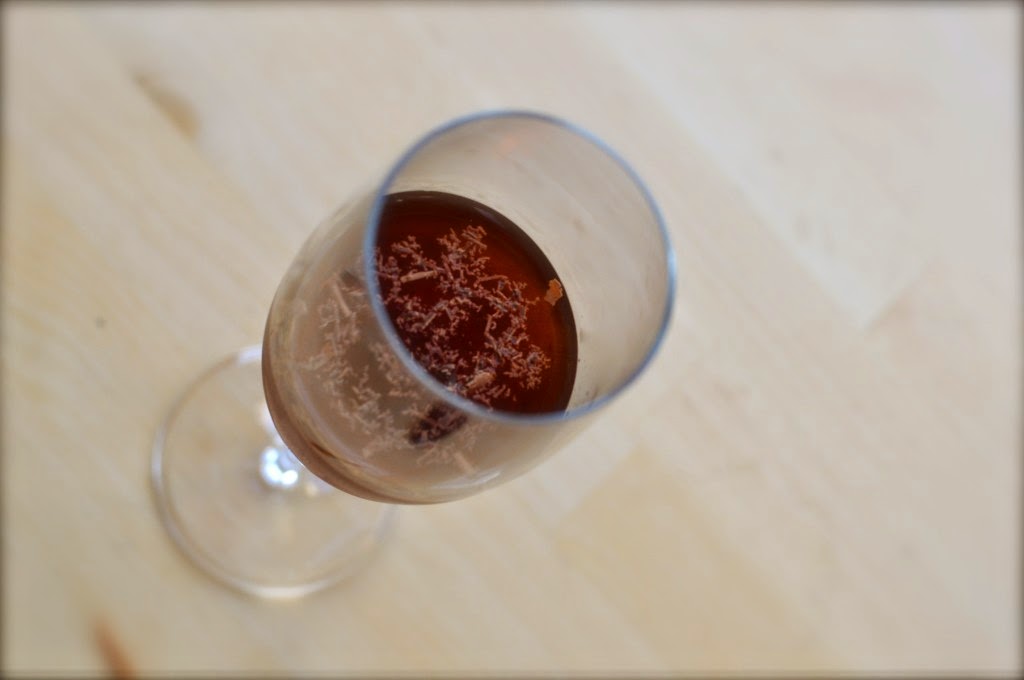 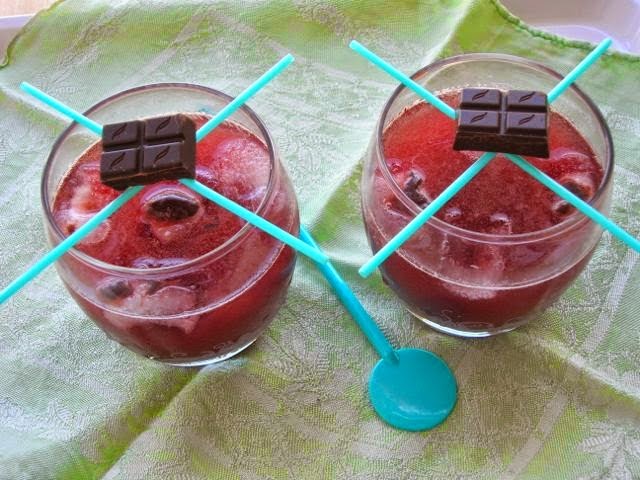 it’s always summer and it’s never not Pimm’s O’Clock when you’re dear Karen from Lavender and Lovage whose stunning twist on the traditional is really rather wonderful… it’s a Raspberry and Elderflower Pimm’s Cockail, inspired by a recipe found in The English Summer Cookbook by Thane Prince 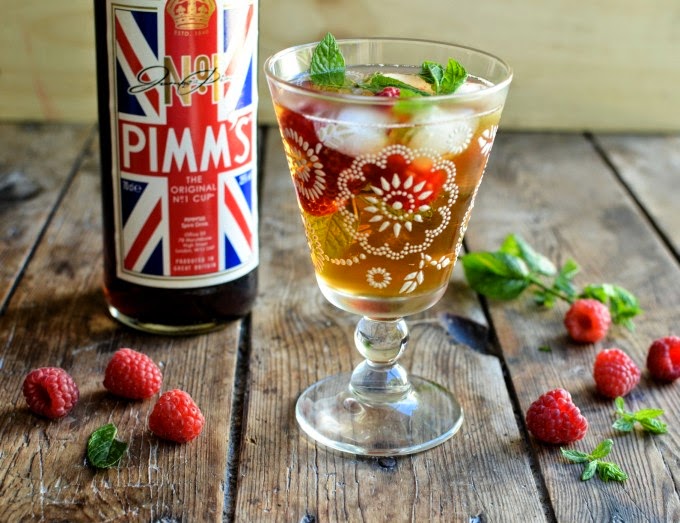 it’s glorious mocktail time down in sunny North Devon, especially if you’re Jill from Lapin d’Or and More and you’re drinking her Refreshing Pink Grapefruit and Pomegranate Mocktail taken from a quick browse through Yummly 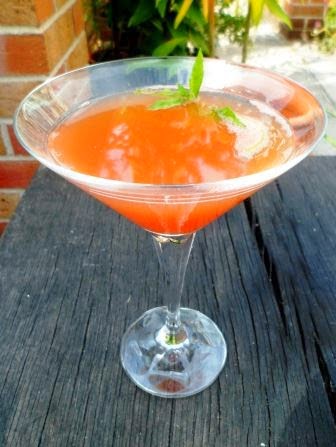 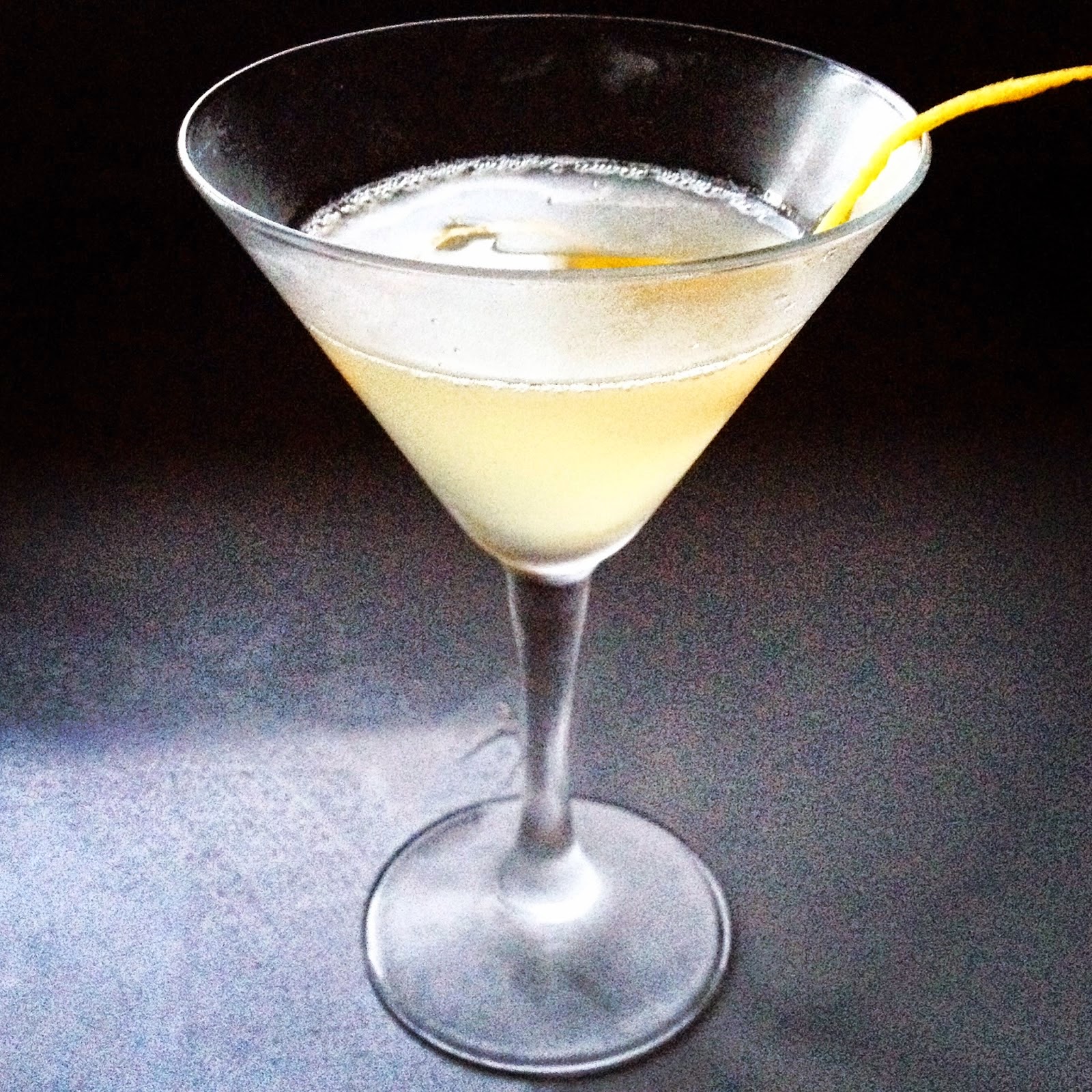 and finally, I thought i’d leave this short but very sweet collection of beautiful cocktails with this disaster (
yes, ANOTHER disaster) from dear, sweet Jane from Onions and Paper who has basically made poison in a glass with her Virgin Maria Cocktail taken from the very random 30 Recipes for BBQ Sauce… says it all really…

… so the lovely Emily from StoliUK PR and I had a terrible time drinking our way through your cocktails to decide on our favourite and it was indeed a tough task but as they say, there can be only one winner and that person is…Choclette from Chocolate Log Blog and her delicious Pomegranate Chocktail!  Please do get in touch and send me the address to which you’d like your bottle of Stoli Vodka sent.

… I hope you’re all sitting comfortable because for August I have a lovely random recipes challenge for you… watch this space on 1st August.!