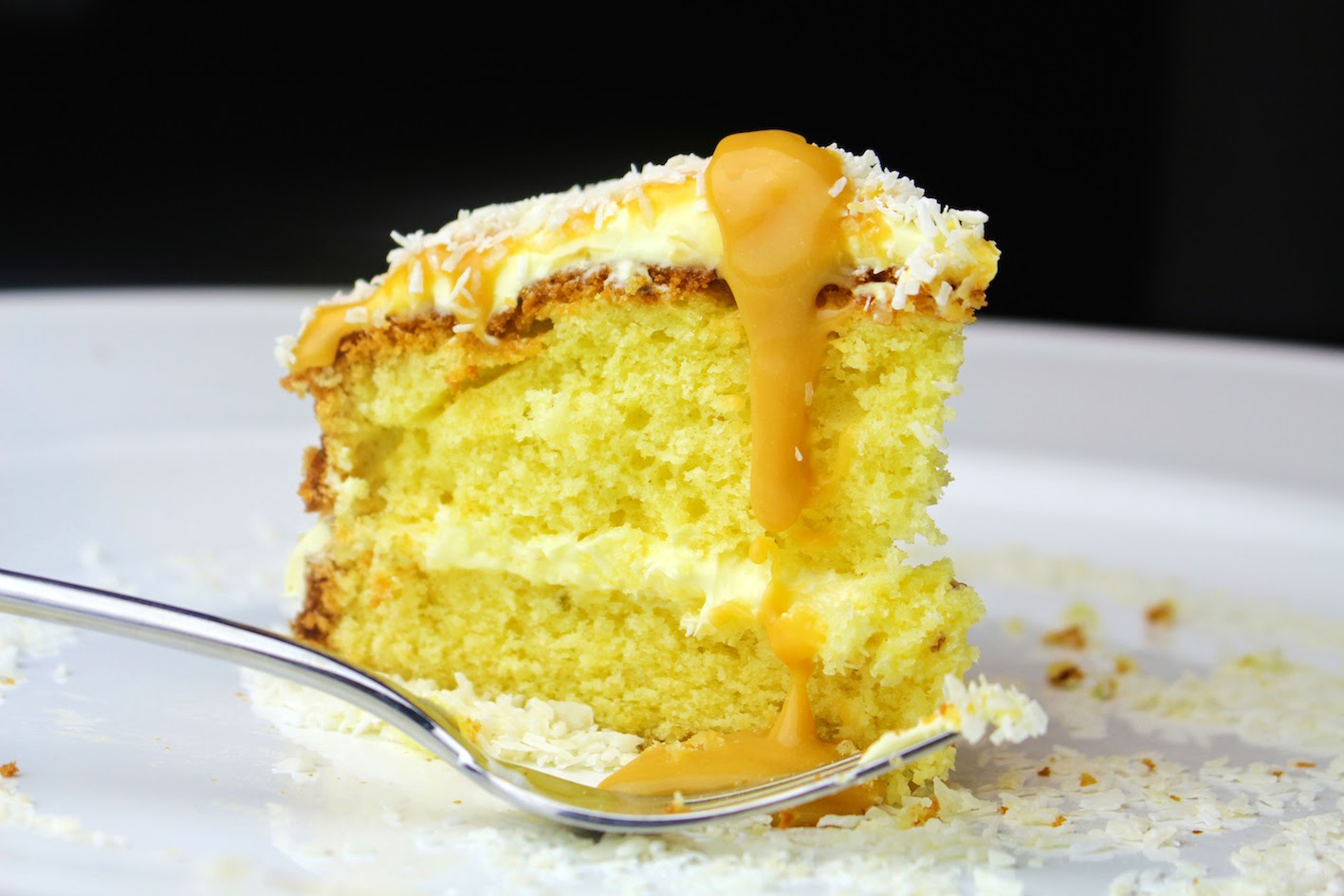 … do any of my other blogger-friends out there suffer from blogger food-lag?  This is the lag between making the food and eating the food… sometimes this can be a stressed 30 seconds whilst your very patient friends and family are waiting for food whilst you photograph stuff and at other times it can be a matter of days from the bake to the photograph… there are just so many variables that non-bloggers don’t quite understand.  Take this cake for instance.  I baked it on a very lazy Saturday evening and the aroma in the kitchen was incredibly intense and probably not very wise just before going to bed… the cake then spent most of Sunday on the cooling rack as I was sick in bed and just couldn’t bring myself to dress and photograph it… then on Monday it went into an air-tight container as I spent the day at work… and it wasn’t until Monday night that it was finished but of course I couldn’t photograph it until this morning as the light was better, which meant it didn’t actually get eaten until Tuesday lunchtime… I’m told it was delicious but I doubt it was as good as it could have been on Sunday morning.  At least it looks pretty… 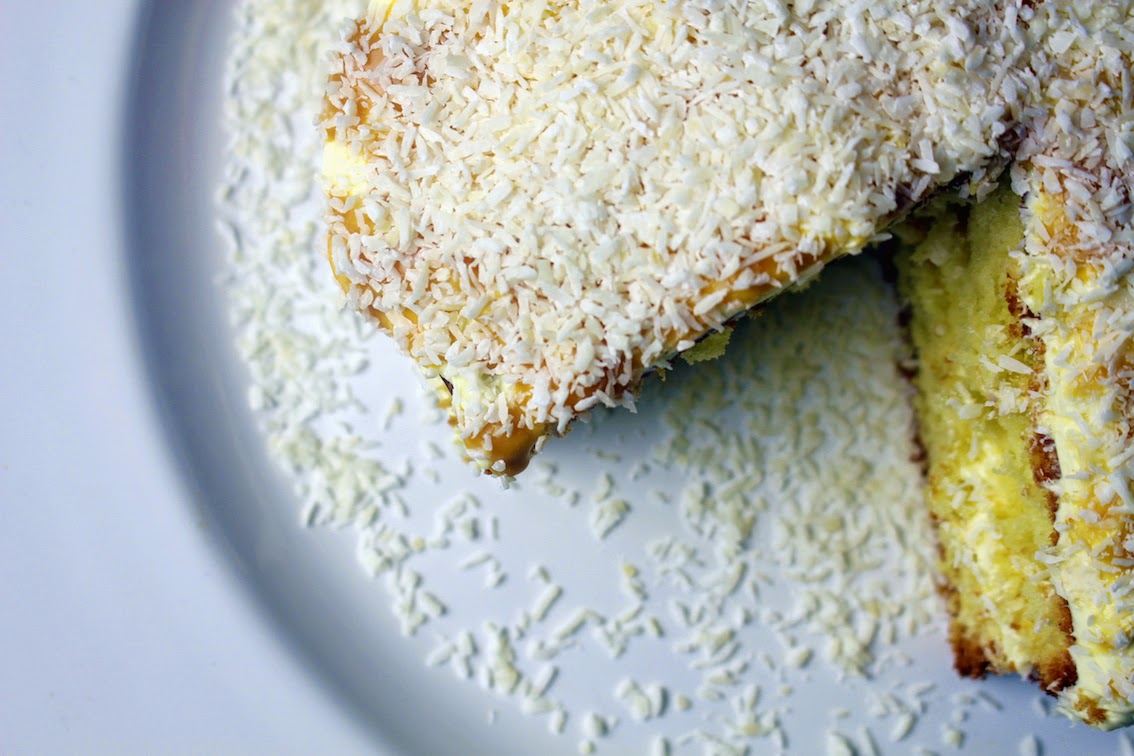 coconut and lime cake with a rum toffee sauce
i’ve made this cake specifically for JP at the office… he’s cake-crazy and has been pestering for cake for months and this is the only way to shut him up.  I’m not entirely sure why I went for a rum and coconut cake but we were talking about his caribbean heritage and I think this must have inspired me.  JP also told me that his favourite cake was a simple Victoria Sponge so I wanted to make something that was simple and followed the tradition of that classic cake.  It’s been an absolute age since i’ve baked a proper cake so it was a nice one to make, with a classic sponge mix and some added naughtiness for good measure…

sift the flour and baking powder together

in a large bowl cream the butter and sugar with a wooden spoon or a hand-held blender, until light and pale and fluffy

add one egg, beat well in, followed by 1/3 of the flour, then repeat with the remaining eggs and flour

fold in the rum, lime zest and desiccated coconut

you may need to beet in a little milk to slacken the mixture, it should be thick but should drop off the spoon

make the butter cream by beating the butter until light and fluffy (about 3 minutes) and then gently add half the icing sugar and beat in, then add the run and lime zest and beat in the remaining icing sugar until you have a thick and light buttercream icing – you may need to add a little more sugar if it’s not thick enough

make the rum toffee sauce by melting the ingredients in a pan – let it bubble away until it turns a nice dark brown then let it cool… as it cools it will thicken, so let it cool completely before drizzling all over the cake in a pornographic way… 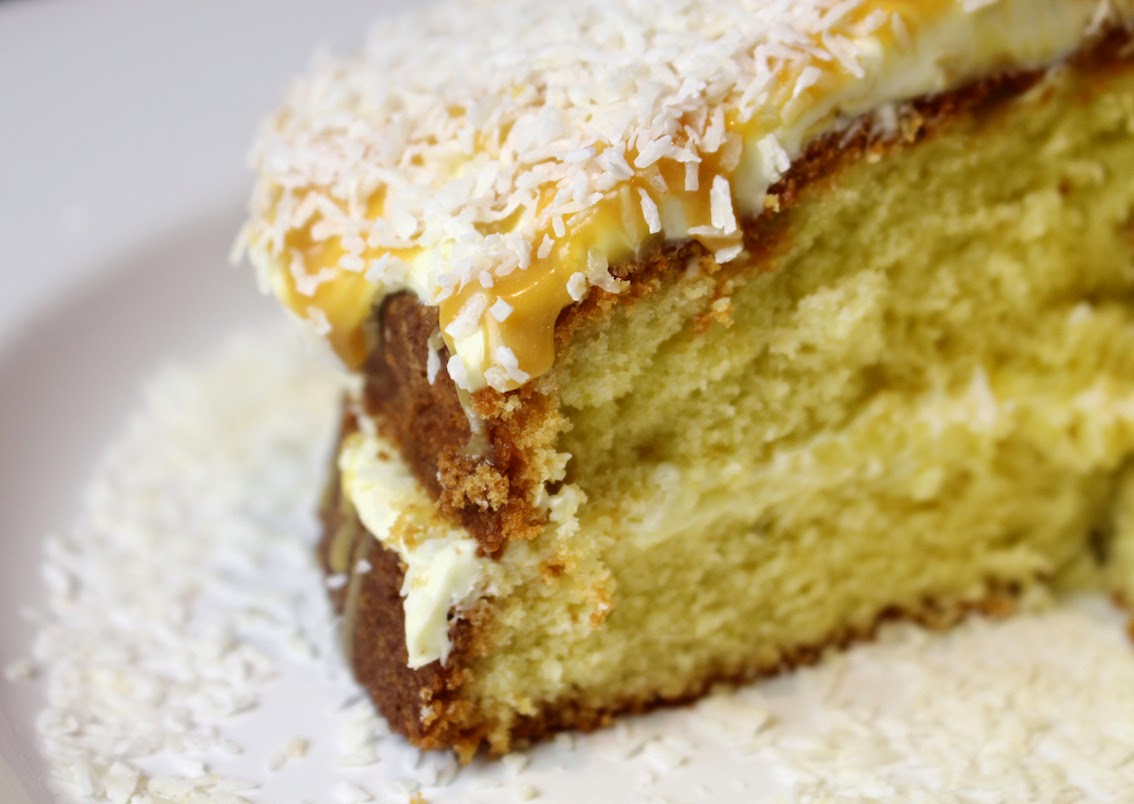