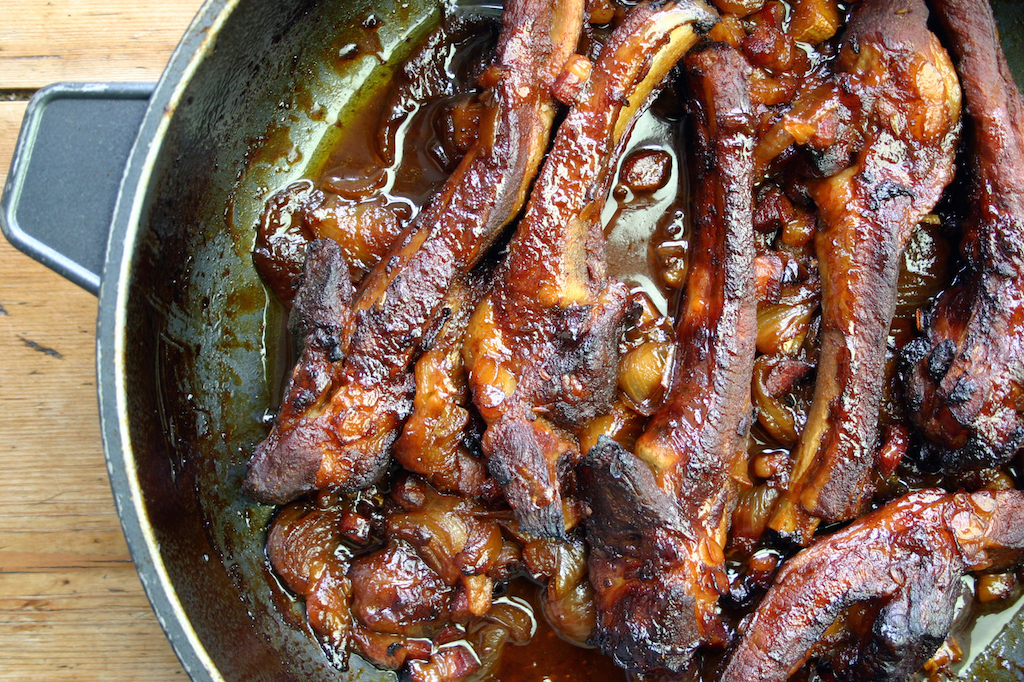 … I absolutely adore spare ribs… there’s something about food that’s invented to be picked up and get messy with that I love.  Like many people in the UK it was Chinese food that first introduced me to ribs as a kid.  I would always order them without fail and be salivating whilst I peeled back the cover from the foil box and the heady scent of sweet garlic escaped.  I would gnaw those little beauties down to the bone and sometimes beyond, making a complete mess of my entire face, hands and no doubt my shirt.  It wasn’t until I was much older on my first visit to the States that I experienced the American Rib in all it’s sticky glory.  At that time I had no idea quite what a big deal it was and how ribs were a massive part of the American food culture but with their love of the bbq it all becomes crystal clear but fascinating how two cultures such as the Chinese and American seem worlds apart but they have very similar foods and now that we’re in the middle of a food culture explosion here in the UK it’s fascinating to see a return to the food I loved as a kid but delivered in a slightly different way. 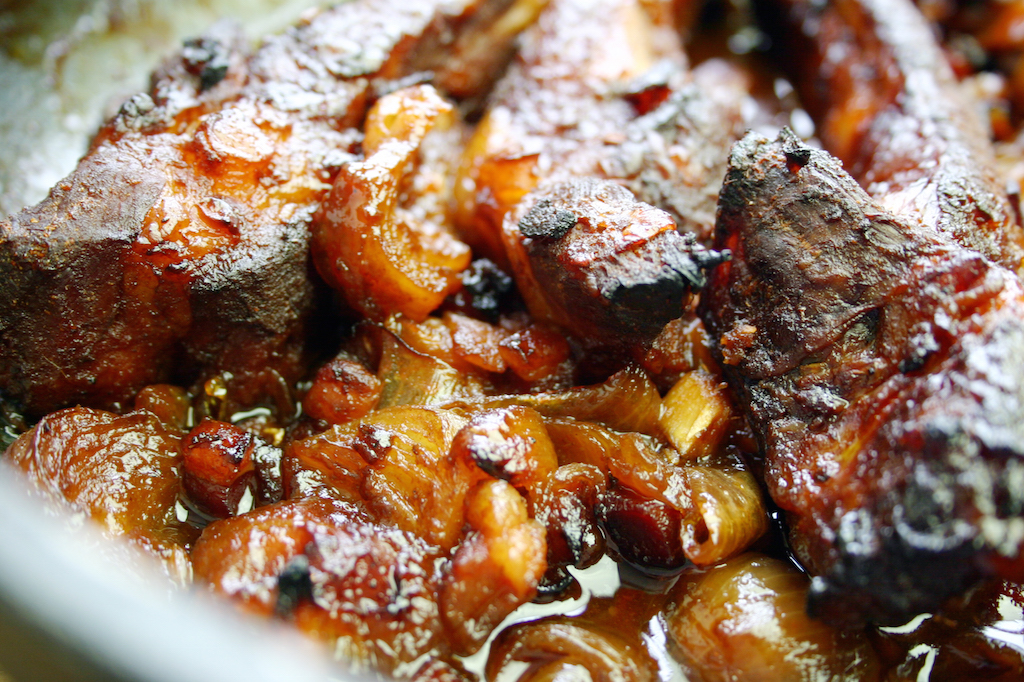 ginger beer sticky ribs
my ribs are a fusion of both the American sticky rib and the Chinese garlic rib and they’re extremely simple to make and utterly utterly divine… i’ve taken the concept of the coca cola cooked ribs and given it a twist with some gorgeous Bundaberg Ginger Beer.  I love ginger beer and anything ginger so this was an easy win for me… i’ve even enhanced the ginger flavour with large chunks of fresh ginger that have become sticky sweet little bombs of flavour in all the slow-cooking…

place the ribs into a large oven-proof dish that has a lid.  Pour over the ginger beer and throw in all the other ingredients and then get your hands stuck in and smoosh it all together.

pop the lid on and roast in the oven for at least an hour, then take the lid off, turn the heat up to 180C and roast for a further 40 minutes, turning half way… you should end up with a gloriously sticky sauce and some beautifully darkened, meat falling off the bone, ribs 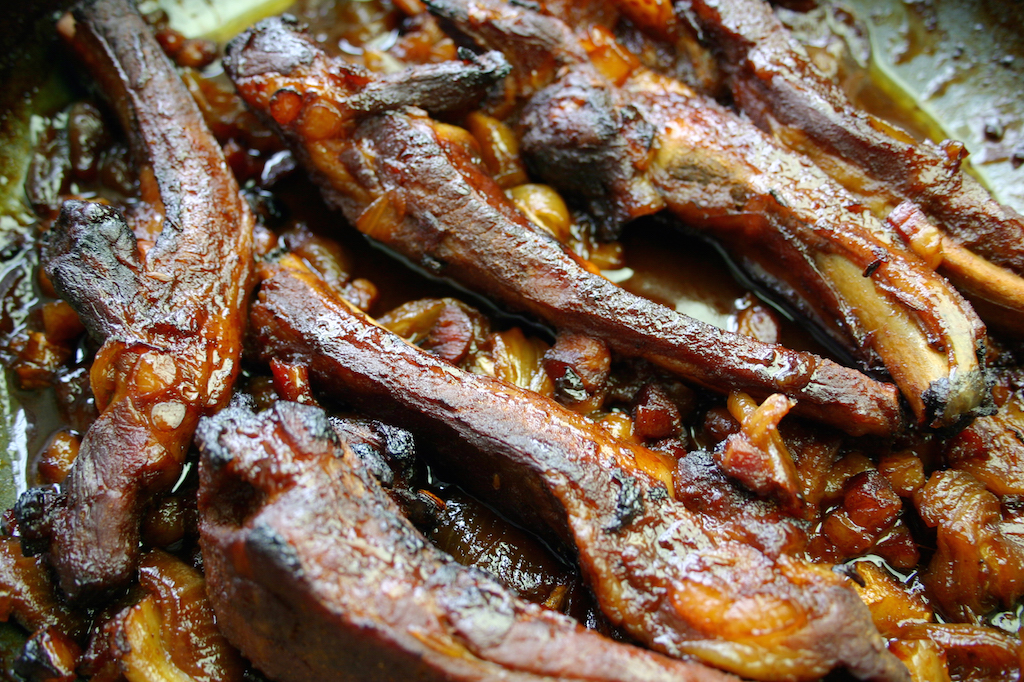