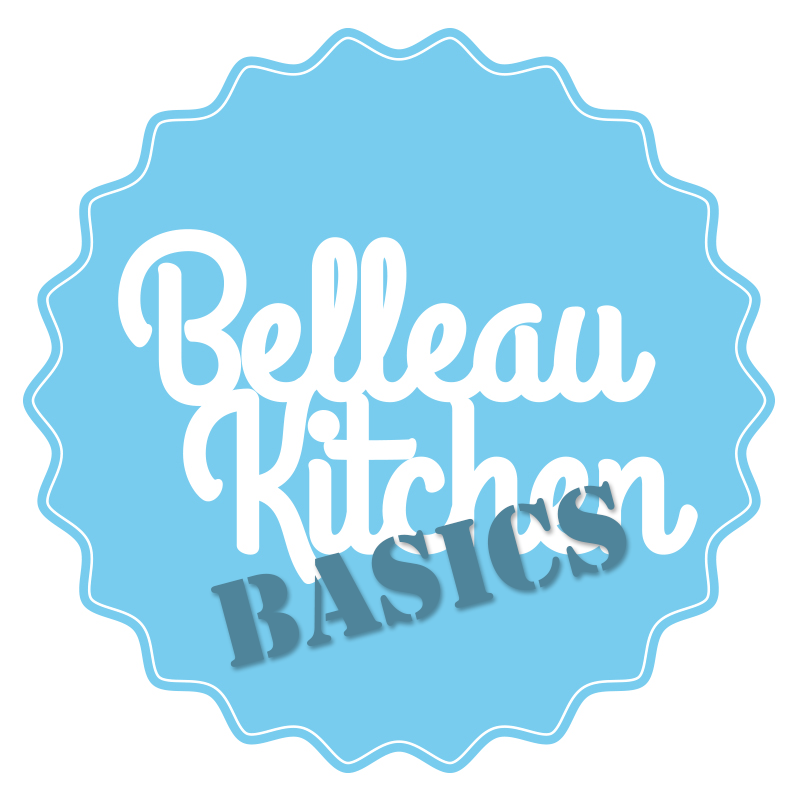 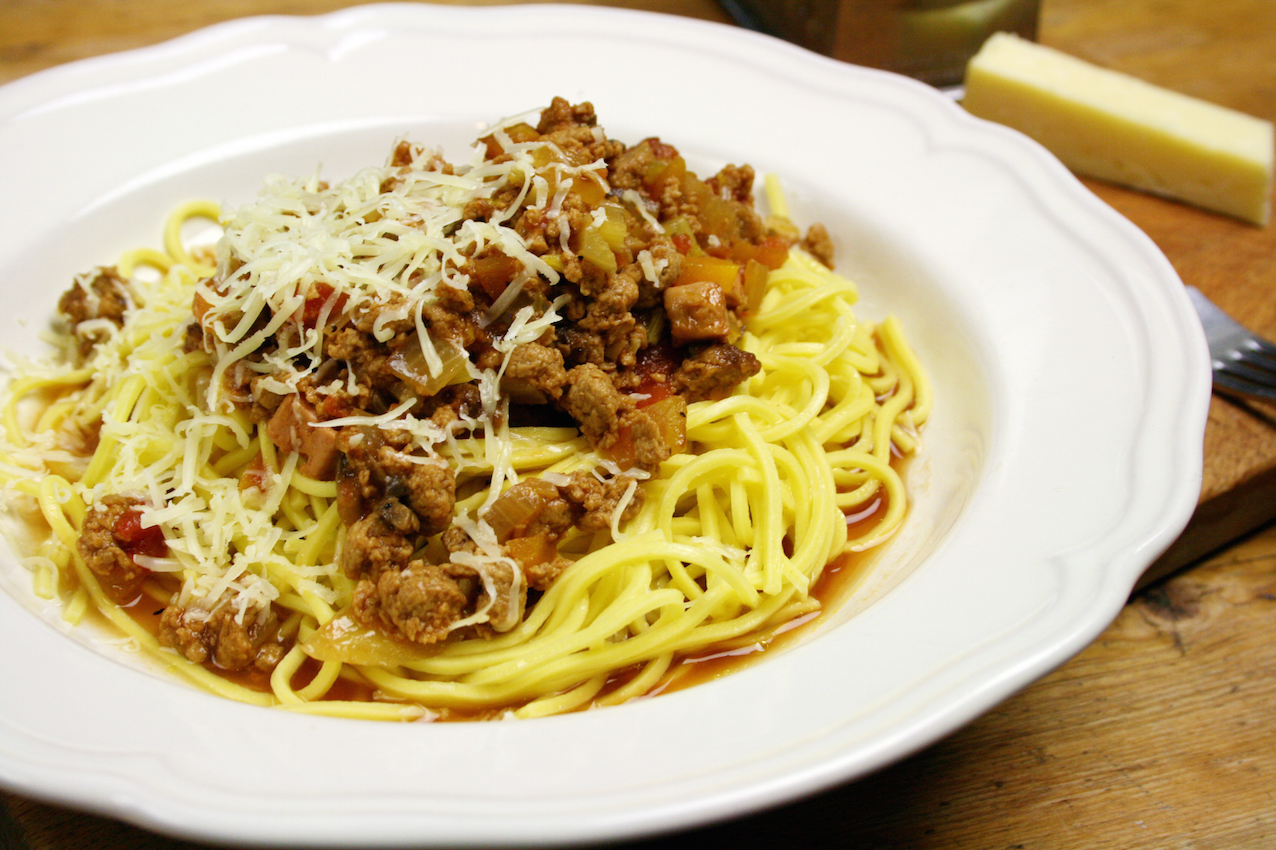 … this is the second in my series of Belleau Kitchen Basics tutorials and for me, bolognese has been an absolute classic since I was a kid way back in the 70’s and I really don’t think it’s strayed too far out of fashion.  From Nigel Slater’s brilliant and amusing observation of bolognese served with vomit-inducing dried parmesan cheese in his semi-biographical Toast to extra-special evenings out with the family in the west end of London at the now sadly closed Topo Gigio Italian restaurant, the bolognese sauce was always a firm family favourite.  It’s a great entry-dish for kids into Italian food as it’s easy, tasty and sweet and of course, fun to eat… I actually think that its reputation as ‘kids food’ sometimes works against it as it’s not seen as quite the thing for an adult to order but believe me you’re missing out and I urge you to try it next time you’re at a great Italian restaurant.  Like many ‘peasant food’ dishes there are a million recipes out there with a thousand different ways to cook the dish and it seems every town around the city of Bologna has claim to the best and most authentic ragu dish but this series of tutorials is not about that, it’s about the way that i’ve always made bolognese, how my mum made it and how i’ve adapted it to my tastes over the years… 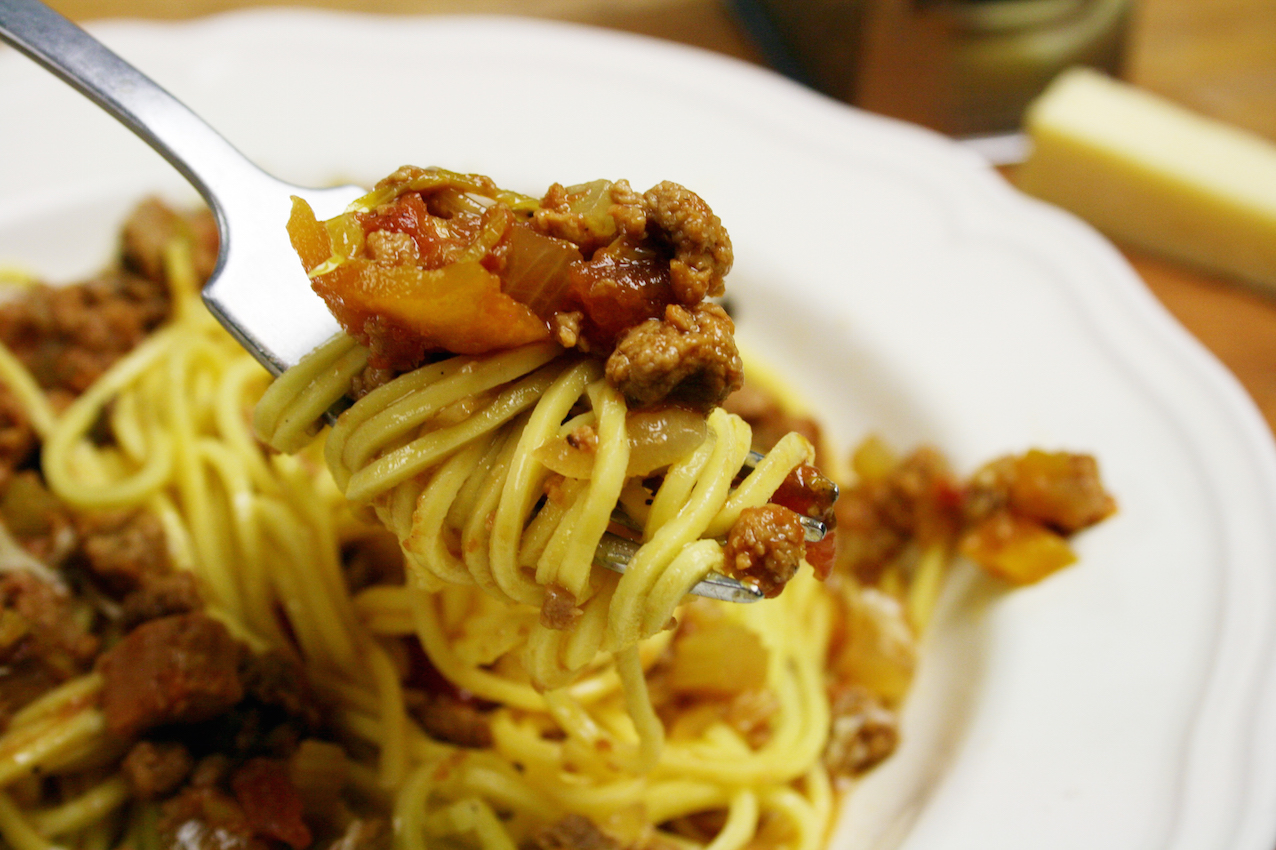 vegetarian spaghetti bolognese – belleau kitchen basics
I do have a meat version of this dish on my blog but of course with The Viking being a vegetarian most of our meals are leaning increasingly towards becoming meat-free and quite frankly it’s such a classic tasting dish that I felt for this tutorial I would keep things simple and make the veggie version.  There are many meat free alternatives that can be used in this dish and of course you could do away with the substitute altogether but I honestly think that Quorn have, over the years, mastered their ‘mince’ and their meat-free mince not only adds great texture to the final dish but it’s also a healthy source of protein too.

let’s start with a soffrito
the french call it mirepoix and the germans suppengrun but it is essentially the trio of three vegetables that start of many classic italian dishes.  The italians claim they they originated this idea as the colours make up the Italian flag but i’m not convinced.  Made up of onion, celery and carrots it’s the perfect balance of sweet and sharp and makes the ideal base for the bolognese sauce.  I normally use one medium to large onion, 1 or 2 sticks worth of celery and the same measure of carrots and they are all very finely chopped.

… just a quick word about celery – I think celery is very wasteful.  It’s not everyday that I need it and it’s frustrating to see ‘1 stick of celery’ in a recipe because what do you do with the rest of eat.  of course we eat it in salads and make soups etc but I have found that I now keep my celery in the whole bunch and cut from the top (inner leaves and all.)  This way I can take what I need and put the rest back.  For a dish like this where I need it to be very finely chopped I first cut into the celery lengthways, down as far as I need and then slice across the top in slithers and I get almost ready made pieces. 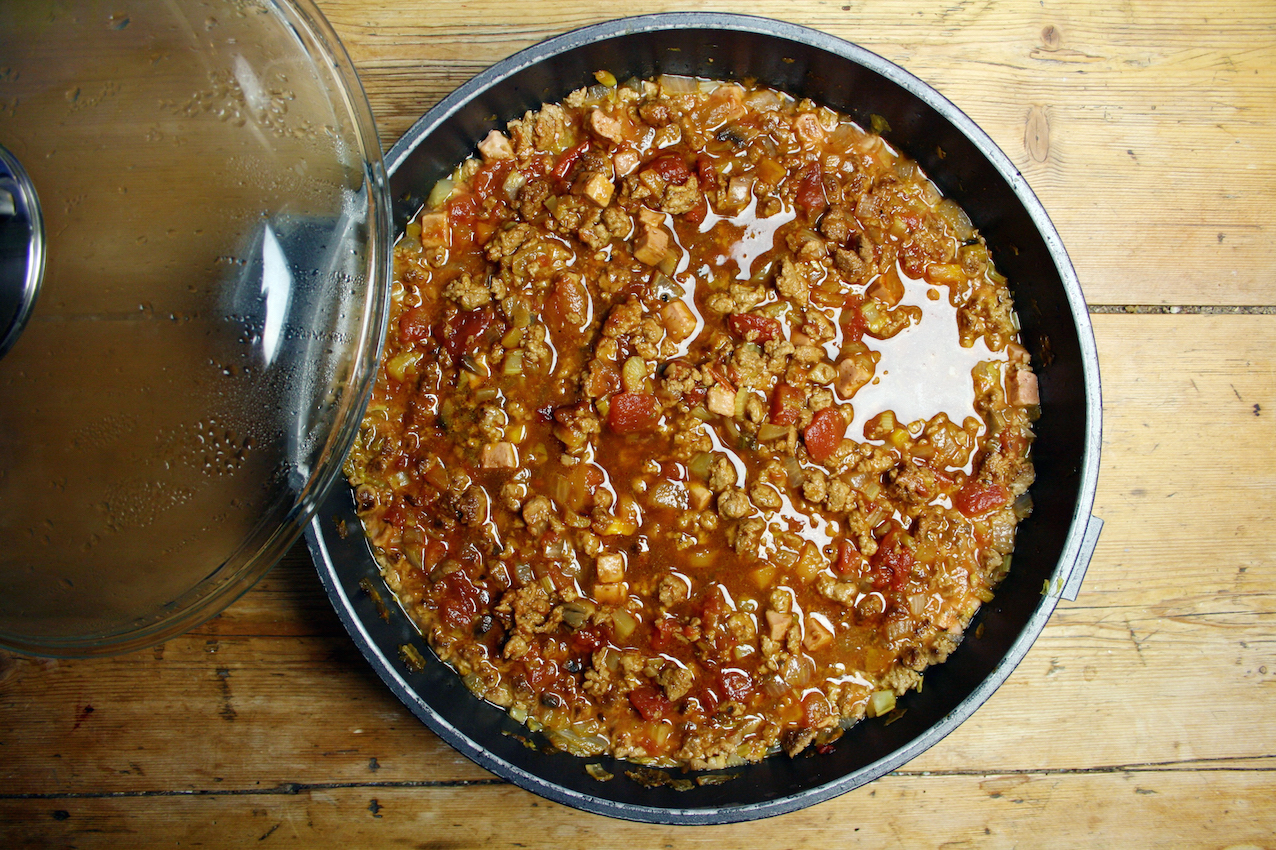 timings
the whole dish is ridiculously easy to make so in essence it doesn’t take long to cook but I don’t think i’ve ever cooked this dish and then served it when ready.  I would normally cook this in the morning, let it bubble away for at least and hour, then turn off the heat and leave it until the evening by which time it will taste divine.  If you can leave it even longer, say until the following evening then you’re ensured of a spectacular dish.

the pasta
basically you should eat this with whatever pasta you like but traditionally for me it’s always been spaghetti.  We rarely eat pasta here at Belleau Cottage so I tend to buy fresh pasta.  It takes seconds to cook which I find much less stressful than the fully dried pasta but if you have a favourite brand or gluten-free then do as you must.  The great thing about cooking this dish ahead of time is that all you’re actually doing when you’re ready to eat is boiling up the pasta and dishing up.  If you’re using dried pasta I would advise using your largest pan and ensuring you use plenty of boiling water into which you should add a little salt and then when fully rolling with bubbles drop the pasta in.  Follow the timing instructions on the packet but it’s ready when it’s soft with a slight bite.

the cheese
this may seem like a little thing but adding the cheese on top of the bolognese is part of the overall final taste of the dish.  To me it is incomplete without it.  It adds a beautiful salty-sweet taste that brings the whole dish together and completes the meal entirely.  Again, tradition would dictate that parmesan is used here but what many vegetarians don’t realise is that parmesan is made with cow rennet and therefore is not vegetarian.  Morrisons supermarket make a vegetarian hard cheese that is similar in taste to parmesan but to be honest it’s nicer to find a British cheese that works such as a Lincolnshire Poacher or a very strong cheddar which is what we’re using here.

in a large pan or casserole dish with a lid, melt some butter and olive oil and add the trio of onions, celery and carrots and stir them around.  Turn the heat down to low and let them sweat together for at least 8 minutes until the onions are translucent and soft, during this time stir in the crushed garlic.

turn the heat up to medium and add the mushrooms and fresh and dried herbs and stir them in and let the whole dish come up to heat then throw in a little glug of white wine which should bubble away to nothing quite quickly, then add the quorn mince and stir in and let it all cook through for another 5 minutes, making sur
e that nothing sticks to the bottom

stir in the tin of tomatoes and the tomato puree and then clear out the tomato tin with hot water and a teaspoon of vegetable stock powder and then finally half a tin of red wine.

Add the bay leaves, turn the heat to it’s lowest, place the lid on and let the whole thing bubble gently away for at least an hour, then turn off the heat and let it cool down whilst you cook the pasta

serve with a little pasta at the bottom of a bowl and a lot of sauce on top, with plenty of finely grated cheese. 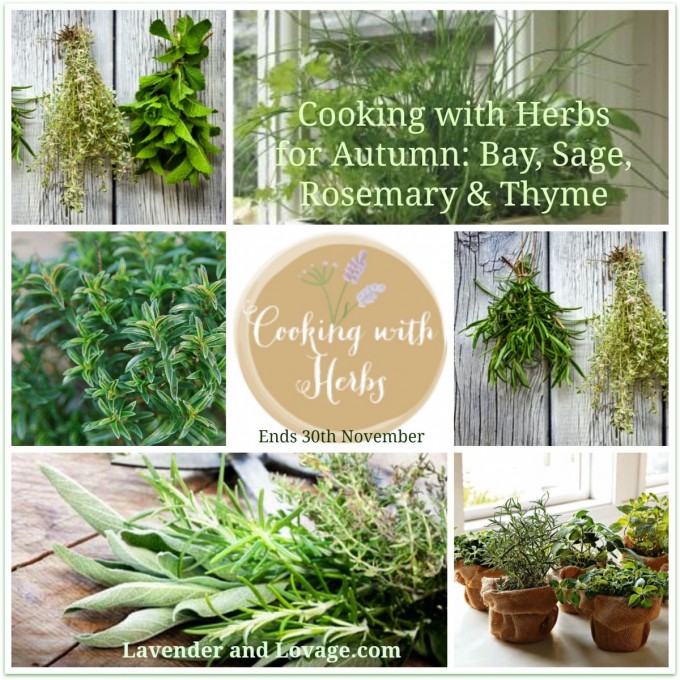 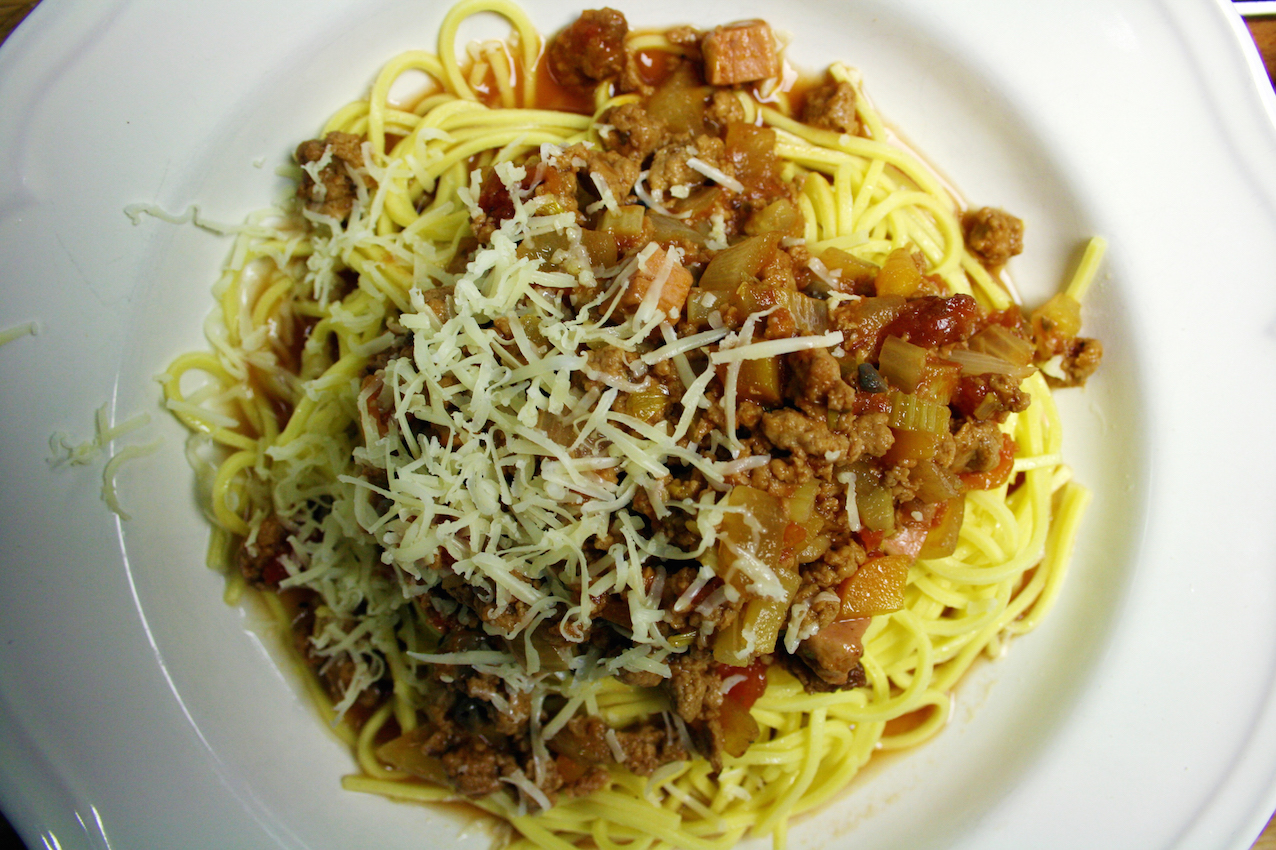