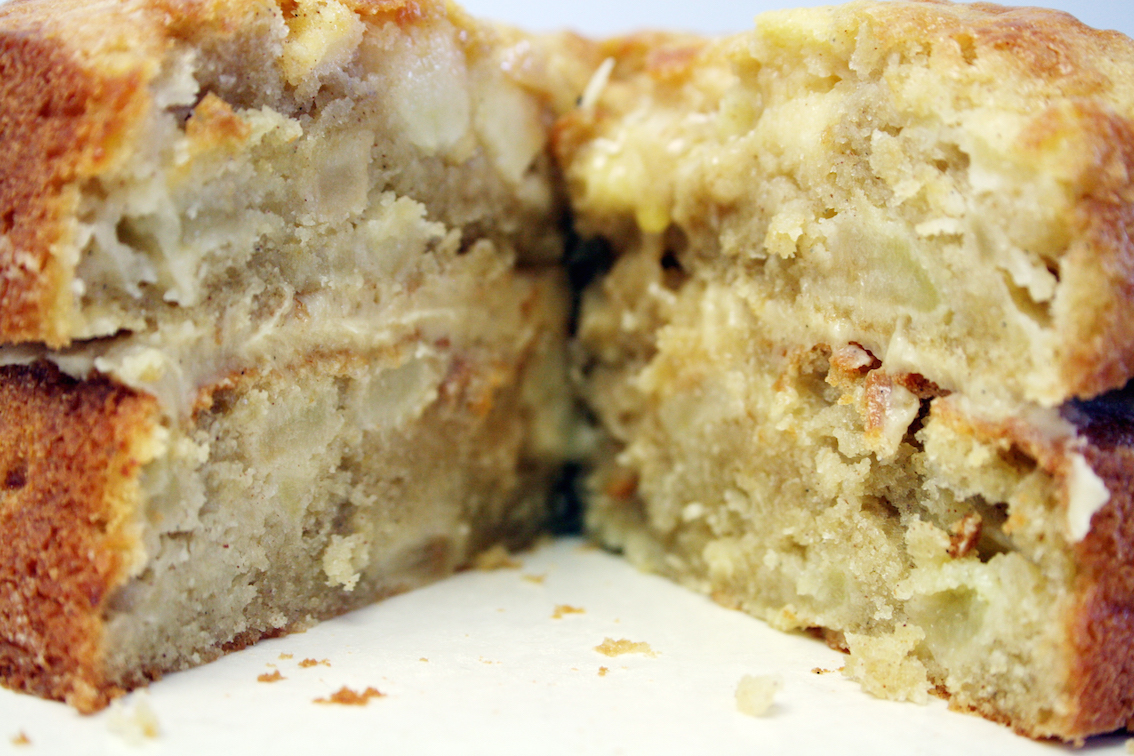 … so I didn’t sleep a wink last night.  It may have been the bottle of wine (or two) but I think it’s the fact that i’m reading an incredibly intense bit of time-travel sci-fi at the moment and I can’t seem to put it down.  I absolutely love finding a good book and I think I slip into a bit of a zombie coma when I get into the reading mood.  This weekend it’s quite possible that 8 hours went by on Saturday when I did nothing but read and doze a little in front of the fire.  This sounds idyllic and it really was but the issue is that even when I put the book down i’m still completely absorbed in that world… and of course now i’m obsessed with finding a time portal and the back of the larder that will take me to some wonderful 1950’s diner where Root Beer tasted incredible and apple cake was apple cake! 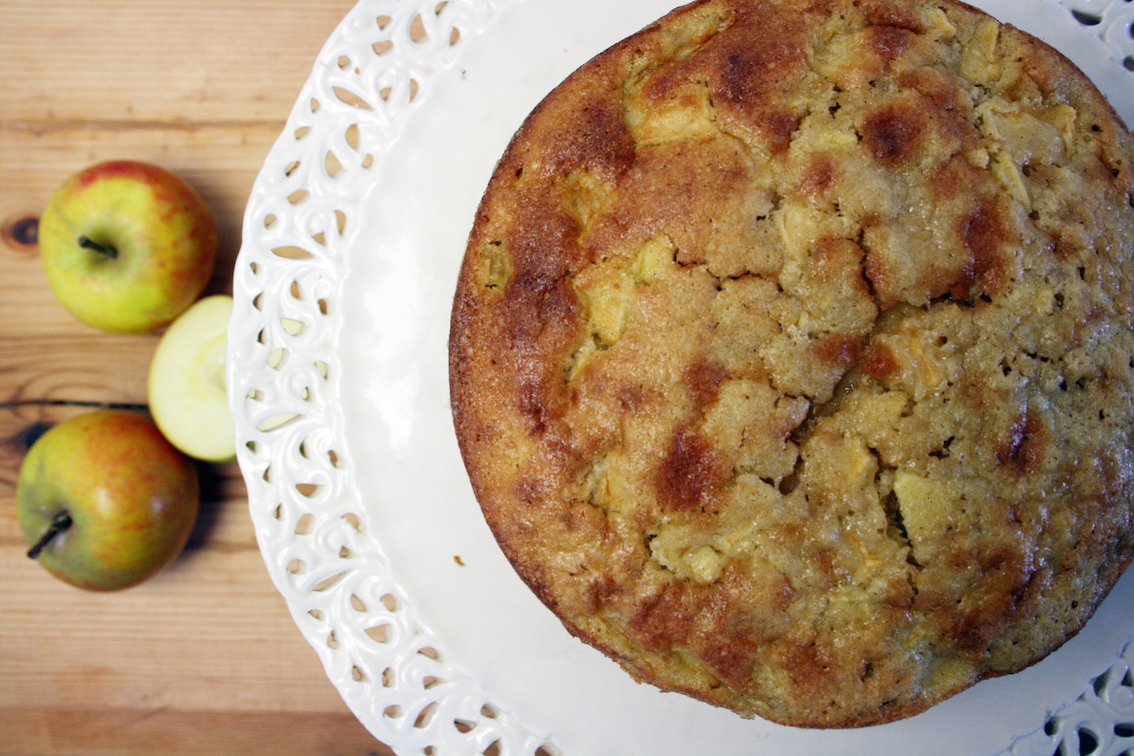 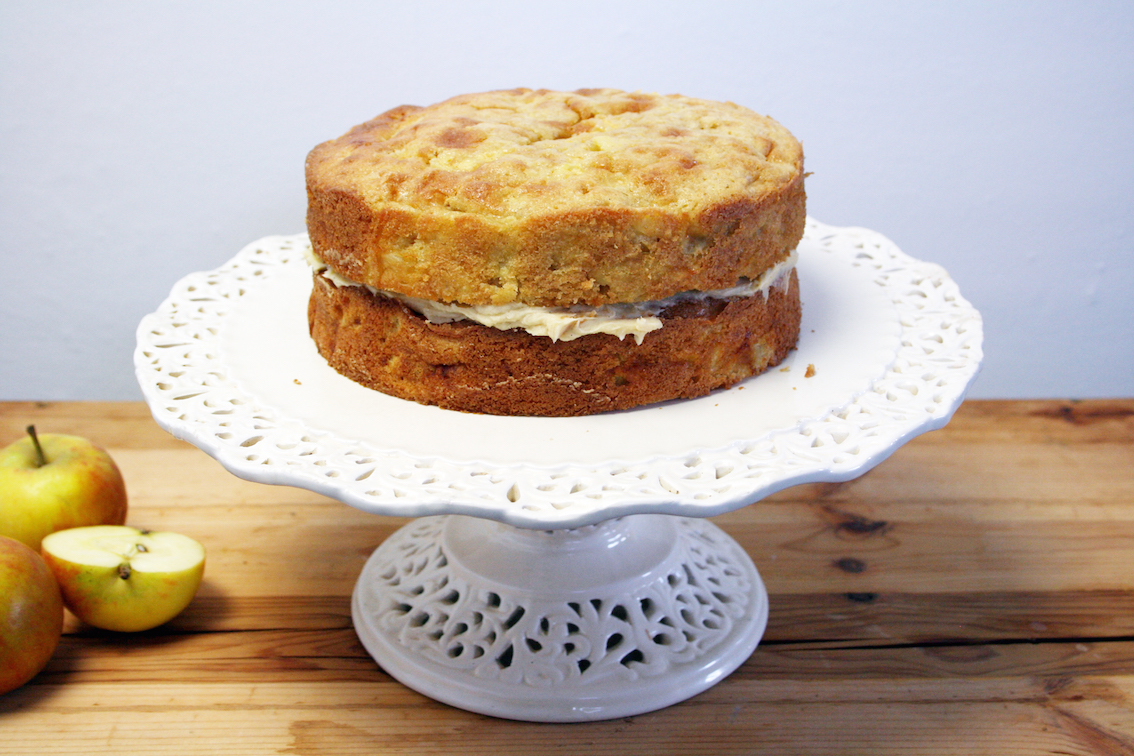 apple, vanilla and cinnamon layer cake with a salted vanilla buttercream icing
oh my word this cake is good… it feels entirely the wrong season for such ‘warm’ flavours but in fact the tart apples along with the vanilla buttercream make this quite fresh and anyway, this sunshine will no doubt pass in the wink of a bats eye so a scrumptious and hearty apply cake is nothing but a good thing.  The Viking suggested this cake was more pudding than cake and it’s true, there’s something very squidgy and pudding-like about it… you have to watch the baking very closely as it browns easily but you also don’t want it to be too raw.  Mine was just on the edge.  The apples still have bite and the cake was just baked – a few seconds less and it would have been goo.  Don’t get me wrong, this is not a bad thing… cinnamon, vanilla and apple goo ‘aint so bad.  I also only had salted butter for the buttercream icing but this has, in my opinion, only made everything pop but feel free to use unsalted butter although I warn you, the cake is very sweet so the salt can only but help…

I’ve been sent quite a bit of glorious vanilla paste and extract from the lovely people at Nielsen-Massey for no other reason than their product is sublime and vanilla rocks!

mix the flour, ground almonds and cinnamon in a bowl and set aside

in another large bowl, beat the butter and sugar together for at least 5 mins until it is pale and fluffy and smooth, then beat in one egg, followed by a third of the flour mix, then the second egg, followed by another third of the flour mix, then add the vanilla bean paste, the last egg and remaining flour and beat together till smooth… add a little milk to slacken and then add all the apples – it’s a LOT of apples and the mixture will feel thick and impossible to stir but this is how it should be

slather one half of the cooled cakes with the frosting and sandwich together -lafter this non extravagant decoration leave it plain as it’s all it needs! 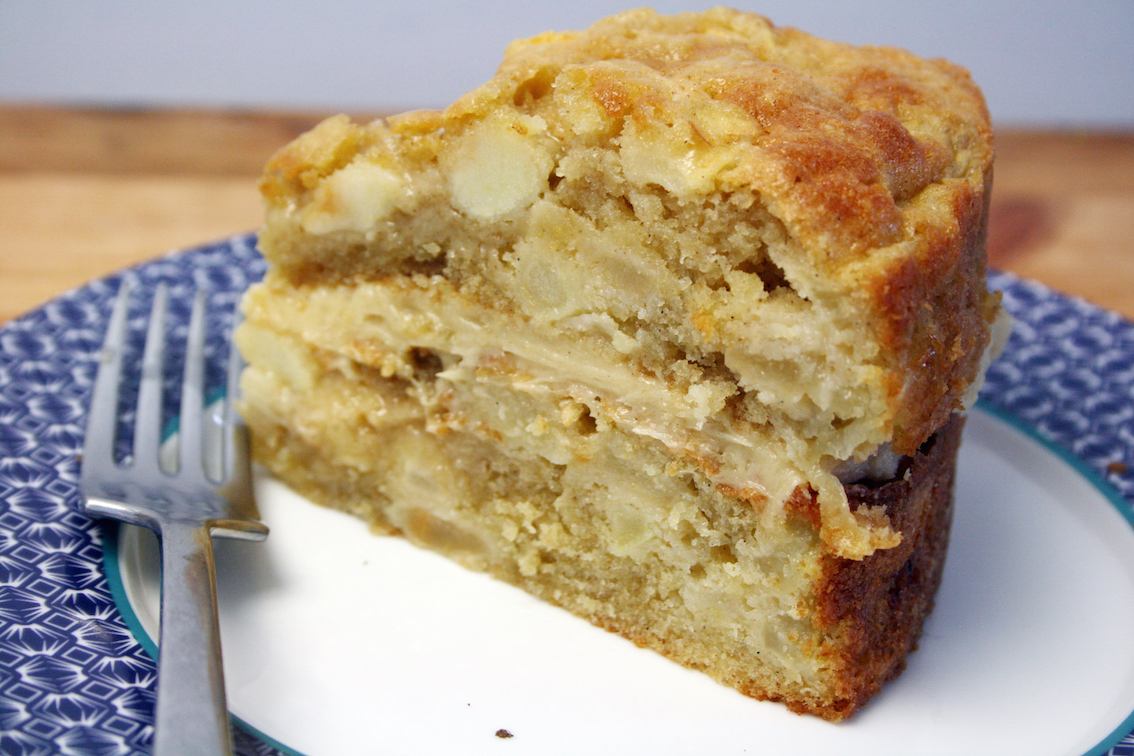