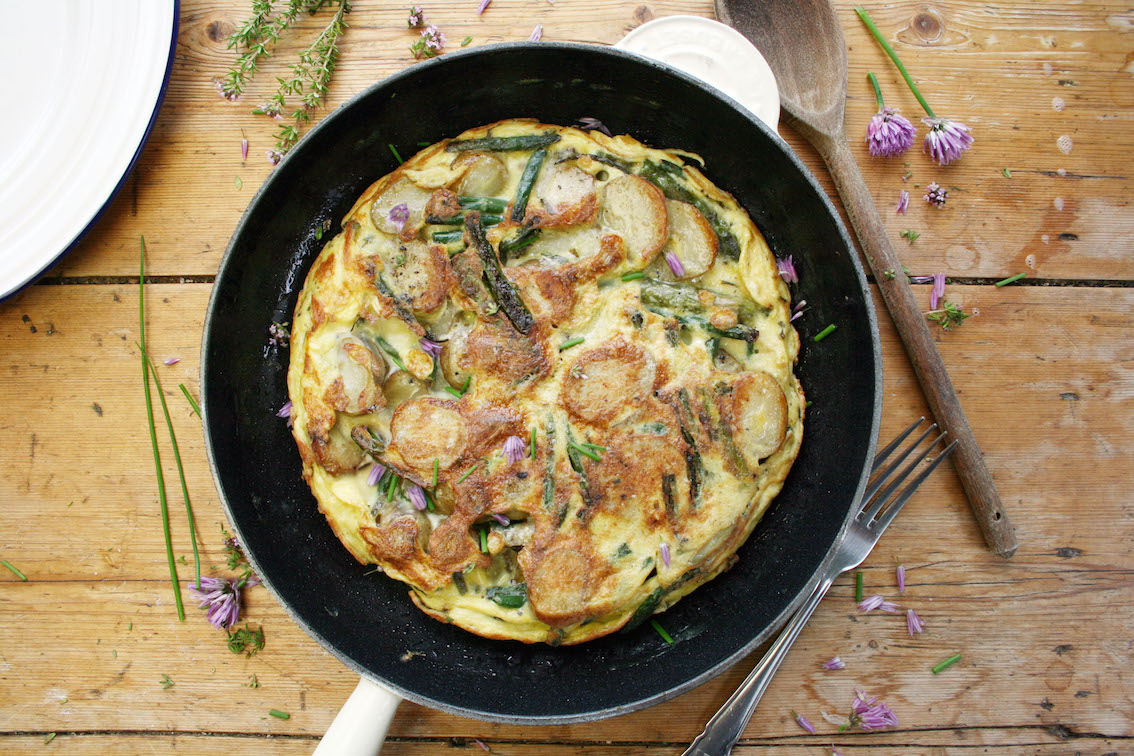 … is there anything better than coming home from a holiday with the flavours of that time and place still lingering in your memories?  It seems to be a bit of a cliche nowadays because, if like many of us you live in a cosmopolitan city like London and are surrounded by the melting pot of international cuisine you probably eat quite a varied global diet… but let’s be honest, there is nothing like being served the local food of a place, made by the people who have grown up with the flavours of the region in their blood.  Now of course i’m not saying that the small island of Mallorca, with it’s over-commercialised and tacky tourist hotspots is the international destination for authentic Spanish cuisine but find yourself off the beaten path and in a small restaurant run by someone who clearly has a passion for food – you can usually tell by the incredible aroma coming from the kitchen and the fact that you have to beat the old Spanish ladies out the way to get a table – find this place, respect this place as you would your own kitchen and you will be treated like one of their own and fed like them too.  We’re lucky because we know the area that we go to so we know and have made friends with some of the locals and in some weird way we feel part of the community, if only fleetingly… but even then we are still discovering new things every day… 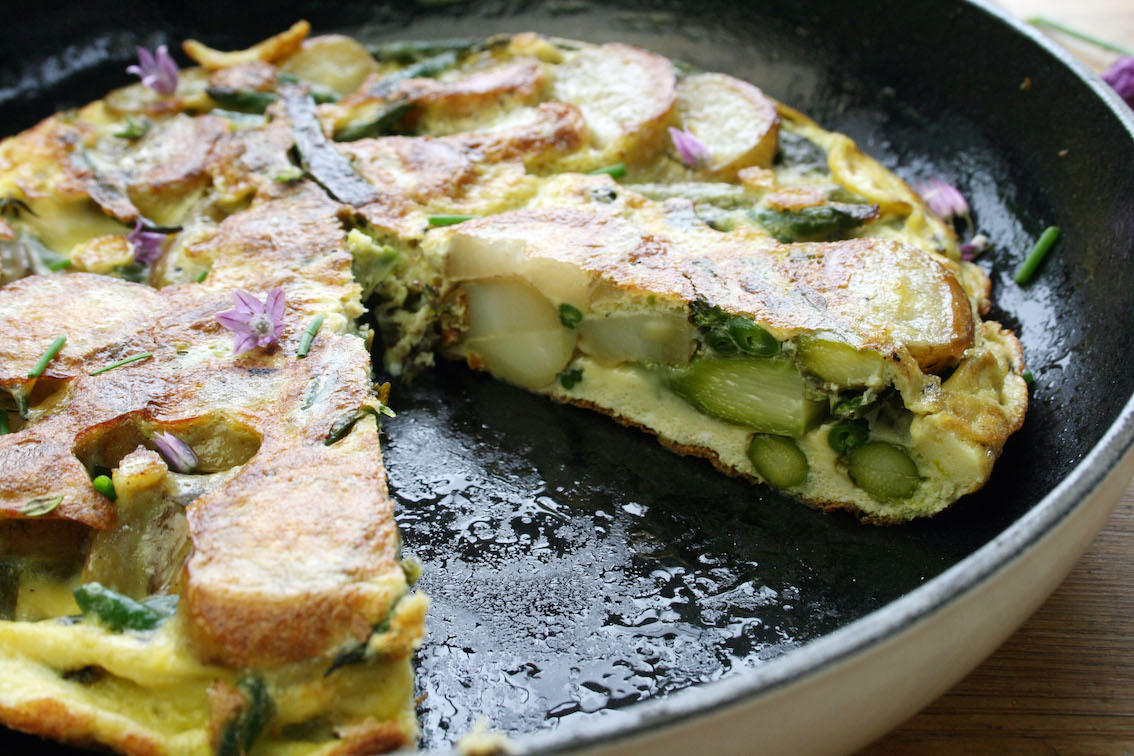 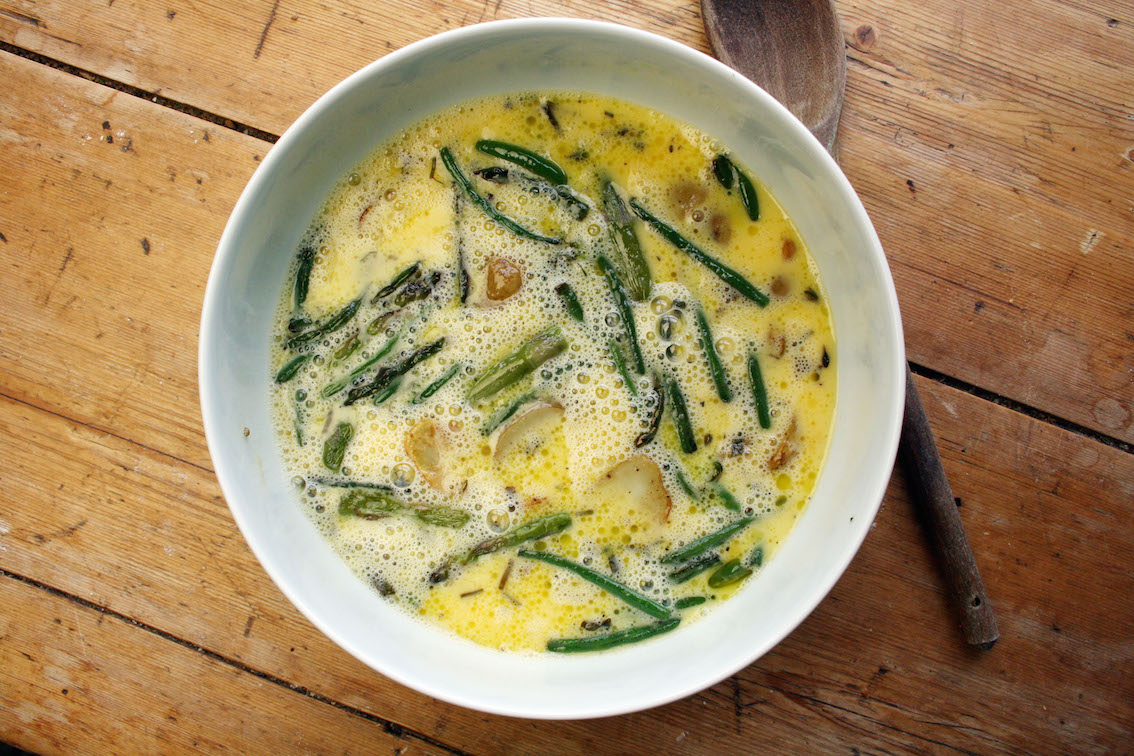 asparagus and green bean spanish tortilla
the owner of the little hotel we stay in in Pollenca puts on an impressive spread of breads, meats and cheeses for breakfast but if you ask her nicely (and are planning a lazy morning) she will show off a  little and make you a classic spanish tortilla.  Let’s face it, its basically eggs and potatoes but it’s quite astounding how two such simple ingredients can create the most incredible dish… if you think this is nothing more than a potato omelette then you’ve clearly never lived… or at least never tasted he wonders of a spanish tortilla.  As is my want, i’ve drifted somewhat from tradition with the inclusion of asparagus and green beans… i’ve also replaced the usual white onion with chives but I’m serving this for lunch and thought a greener take on the norm would be just right… and just right is exactly what this is… my one big tip when making this dish is ‘take it easy’… don’t be in a rush, don’t have the heat too high or too low, spend some time gently warming it all through and then finally have either asbestos hands or thick oven gloves for the flipping…

beat the eggs in another bowl and then pour onto the potatoes and veg with plenty of salt and pepper and stir it all together, then let it sit a while whilst you re-heat the pan.

tip everything into the pan and cook on a gentle heat for about 5 minutes without doing anything, then use a spatula to shape the omelette into a cushion by softly pulling the edges in and slowly rotating the pan to flood the empty space

when it’s almost set with a little liquid still visible, take the pan off the heat and leave for 4 mins to cool a little, then place a large dinner plate on top and carefully flip the pan so that the tortilla is now on the plate, then slide it back into the pan and cook a few more minutes. Invert twice more, cooking the omelette briefly each time and pressing the edges to keep the cushion shape… slide it back on to a plate and cool for 10 minutes before serving. 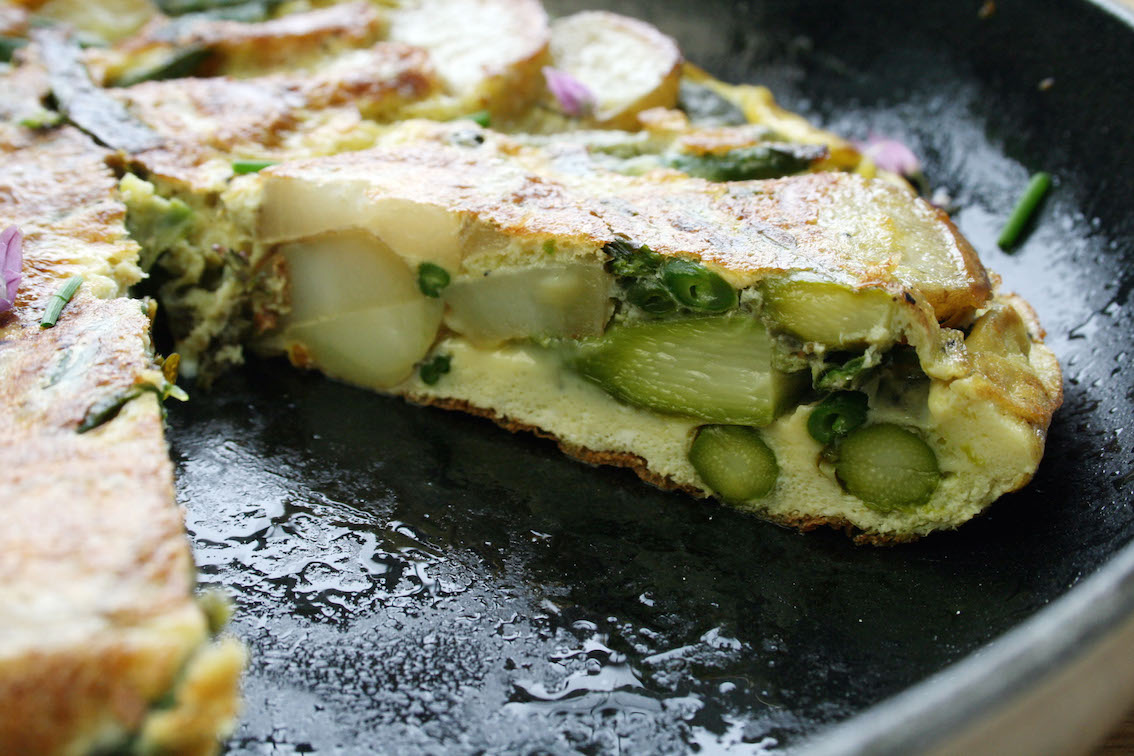 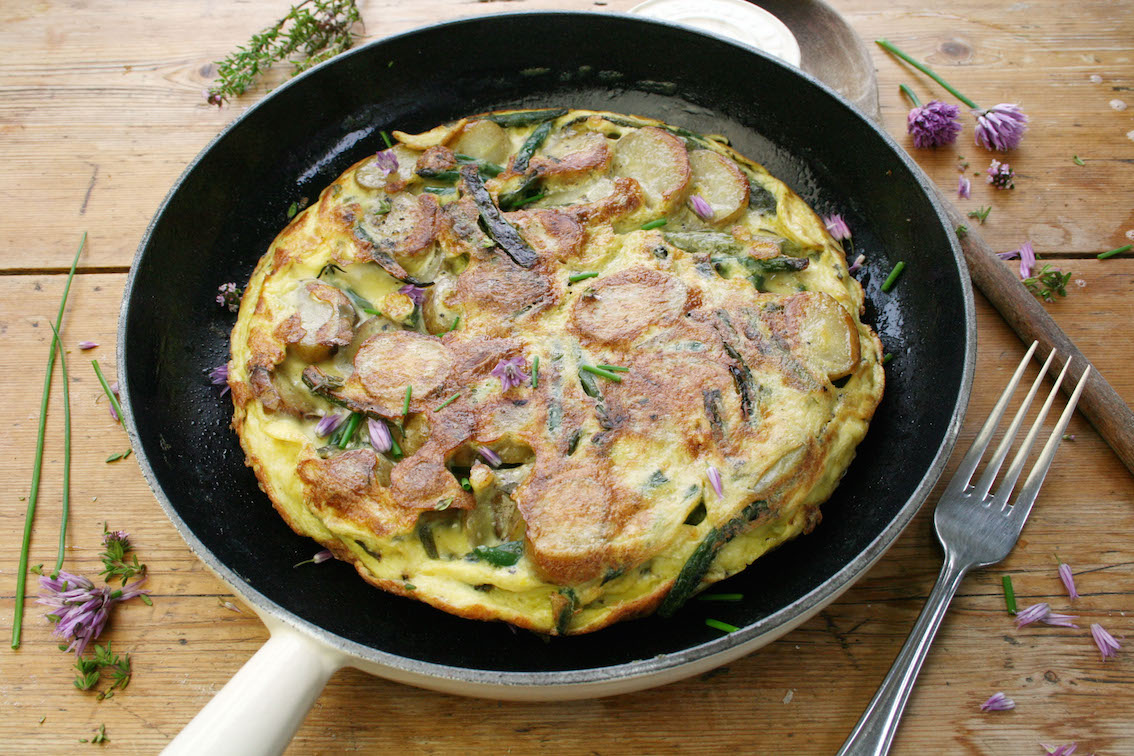 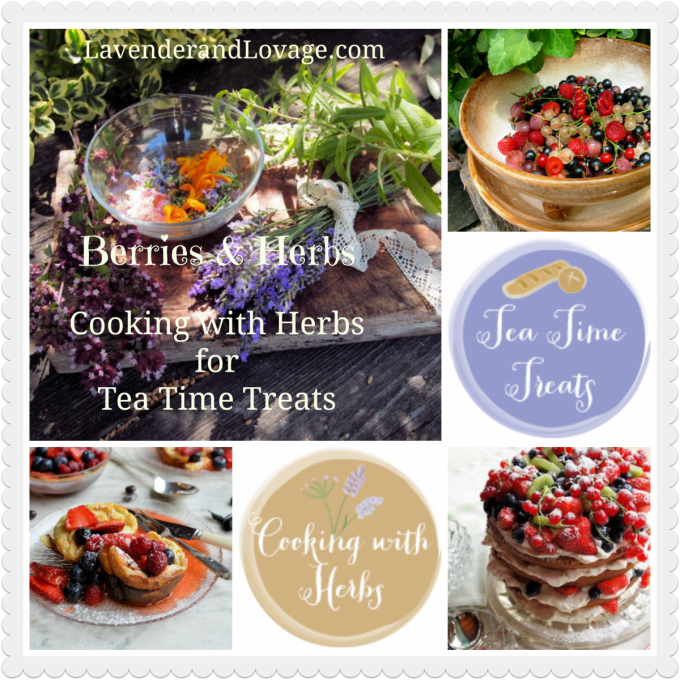 I am linking this recipe up with the brilliant co-joined Tea Time Treat and Cooking With Herbs challenge as it so nicely represents the use of herbs for a teatime treat. The challenge is hosted by Karen from Lavender and Lovage