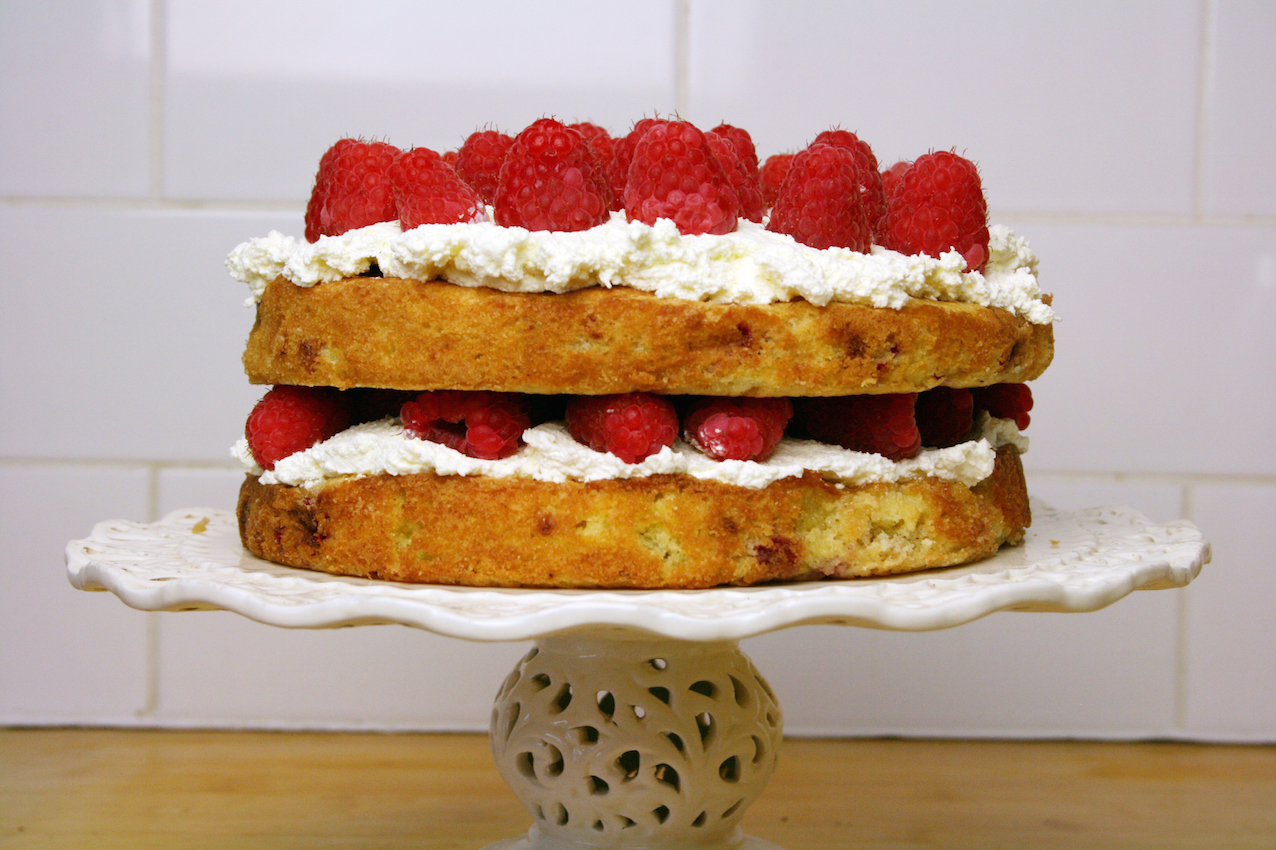 …so there you go… The discontented voices were listened to by the lowest dregs of humanity who took their discontent and fed them lies and then rose to victory on the hot air of right-wing phobia-ism. As a result the world became a smaller, fractured place… It’s happened before and it will happen again.  On the surface, the world seems like such a liberal place but as it gently swings to the right I fear for those of us sensible enough to see how good humanity can be. There’s so much that I want to write about fear and hatred but I also realise that this food blog is not the place to do that, so i’ll leave it well alone and concentrate on something British that we can be proud of… British Flour…

… Homepride have been making flour using 100% British wheat since the 1920’s. It’s become an iconic brand in the UK – their website has an excellent page about their history with some wonderful retro advertising – and those of us young enough will remember the little character Fred,  introduced in the 60’s, with his traditionally British bowler hat.  I seem re-call that my grandma had a set of Fred salt and pepper shakers and my mum had a pair of stripy Homepride flour caddies.  These little bits of merchandising, now commonplace with big corporate brands, were an innovation back then and have formed a special part of many of our childhood memories of home and kitchen and good cooking.  So when dear Fred personally asked me to become one of his special Homepride Bakers I jumped at the chance.  He’s actually sent me a years supply of self-raising and plan flour – which, let me tell you, as a regular baker of both cakes and pastries, is quite a big deal – and I will proudly use it.  I can also exclusively reveal that they will be releasing their first strong white bread flour onto the market this year, a product that I have been trialling for them with a comparison test that I will be publishing on my blog at some point over the summer.

It’s funny because i’m not really a brand fanatic but I am very loyal.  I guess it may be because I work in the marketing industry and have an understanding of how these things work but, with store-cupboard basics like flour, I would normally go for price over a brand name and it has to be said, there’s very little in it when it comes to basic flour but I think it’s lovely to be working with such a nice British company and there’s no doubt that the quality and performance of this flour is just how I like it… practically perfect. 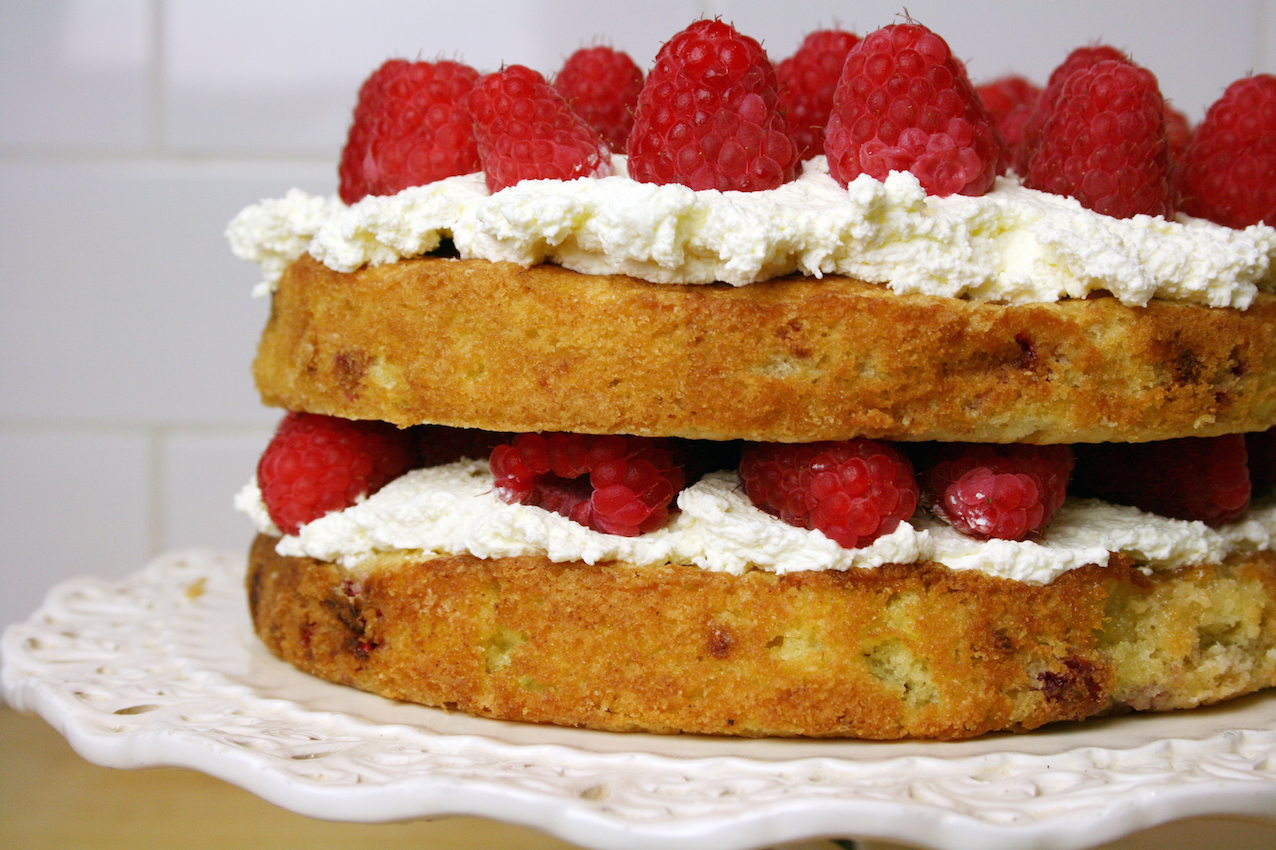 frozen raspberry cake
so when I first posted photo’s of this on social media under the name ‘frozen raspberry cake’ I had a couple of queries asking me how it could be a cake and frozen at the same time, or questioning the name i’d given it and instead suggesting the name raspberry ice-cream cake but, as is usually the case with ‘new media’ it was simply a misunderstanding of sentence structure and which word to stress.  For you see it twas my raspberries what were frozen and not the cake.  They came from the freezer and into the cake without a defrost… and yes, they almost froze the cake into the bowl of the stand mixer and we nearly had raspberry cake batter ice-cream but it all seemed to work out rather wonderfully in the end…

I used 2 x 22cm loose-bottomed cake tins which I greased, lined with parchment and then lightly dusted with the flour and ground almond mix

in a large bowl, cream together the sugar and butter until pale and fluffy – a stand mixer will take 4 minutes and a hand-held mixer roughly 5 mins or a wooden spoon 10 minutes.

beat in one egg followed by 1/4 of the flour and ground almond mix, then beat in 2 eggs and 3/4 of the remaining flour, then add the rose water, final egg and remaining flower and beat together until you have a thick batter 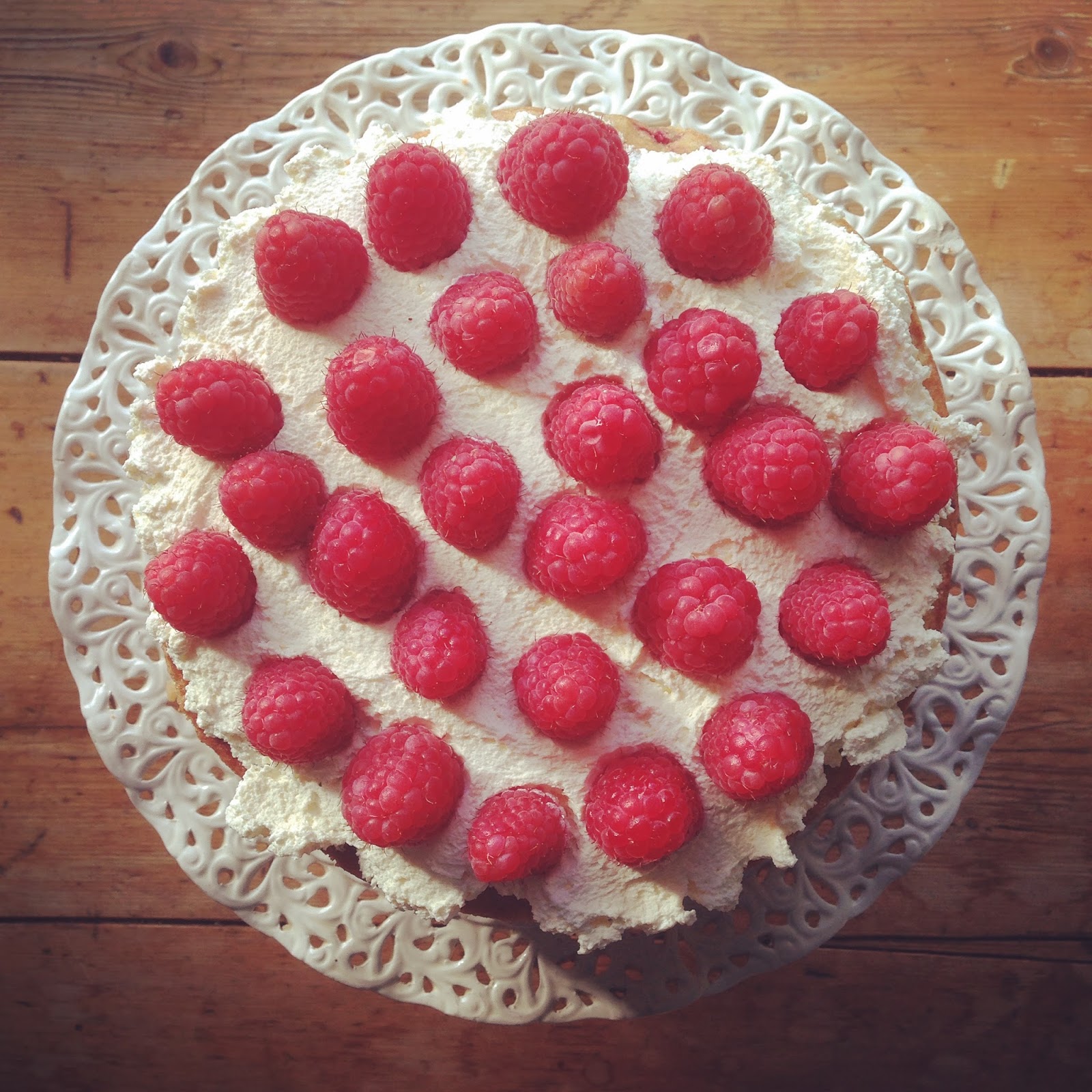