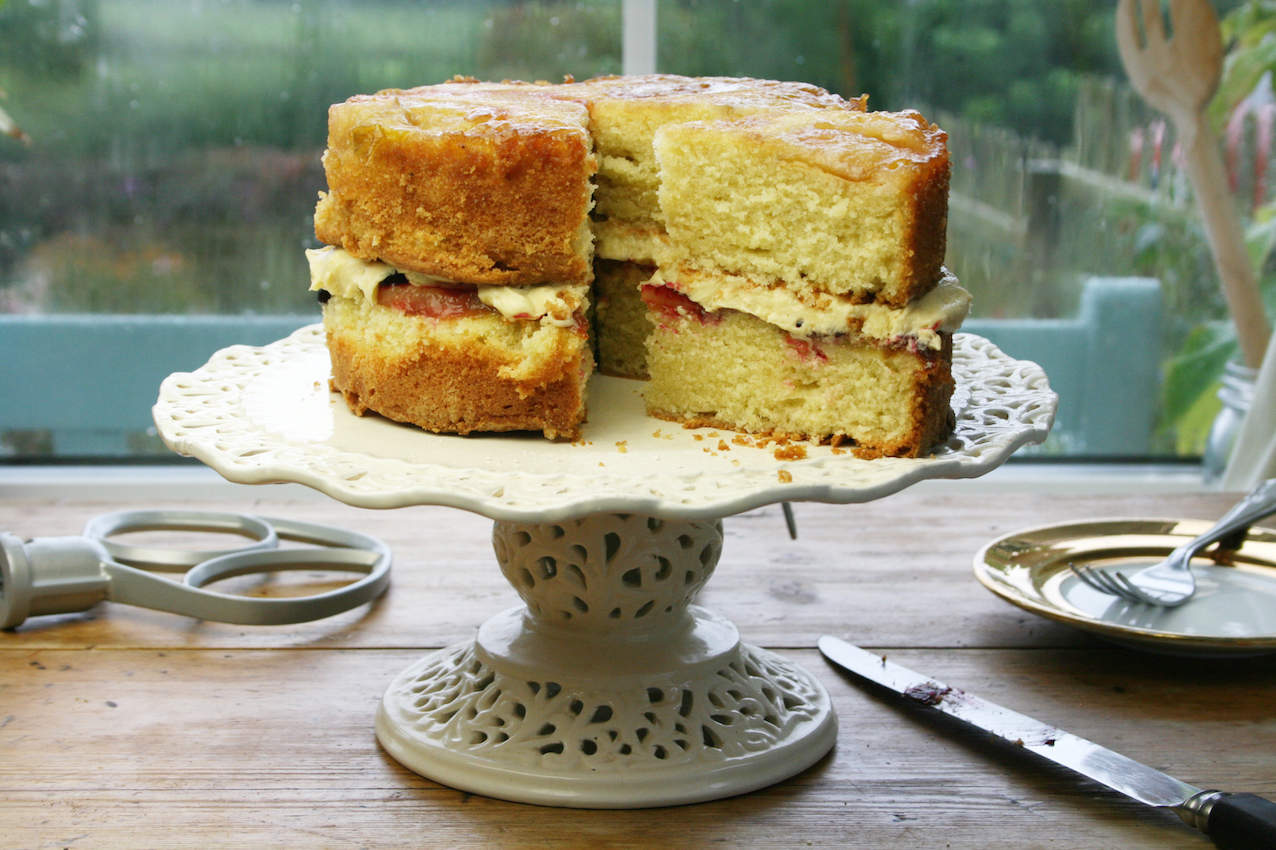 … so we stole a few days this week and ran away to Mallorca… (am posting this today from a shady bench on a roof overlooking the old town of Pollenca…) it was a case of ‘check the upcoming work diary and really there isn’t a gap again till next Spring so let’s throw caution to the wind and run away to the sun for a week.’  It just so happens that there was a heatwave in the UK this week but I find that a poor excuse for not going away… would you rather be stuck in an office or by a pool?  I rest my case.  To be fair, The Viking and I are really bad at ‘relaxing by the pool’… neither of us understand how to do this very well although we both understand the need for doing it.  I get twitchy legs after about 20 minutes and The Viking gets grumpy if he’s not exploring a local church or driving us up a precarious road which overhangs the side of a goat-strewn mountain but I guess our way to un-wind is by not relaxing by the pool.  Not that we even have a pool – because it was all so last-minute, our usual choice of little hotel was unavailable to us so we took the plunge into a rental house and i’m so glad we did.  We found the most charming old town house that from the outside looks like it could be no bigger than a one-roomed shack but inside unfolds itself, tardis-like, room by glorious room.  It has a central courtyard and a roof terrace and the most adorable little kitchen which has meant I can spend time at the local farmers market and make purchases and then actually cook with them – oh the plums!… which as you can imagine is really rather special.  The house is situated in the heart of the town and is surrounded by ancient narrow streets with so much character and charm and of course, so much to explore… 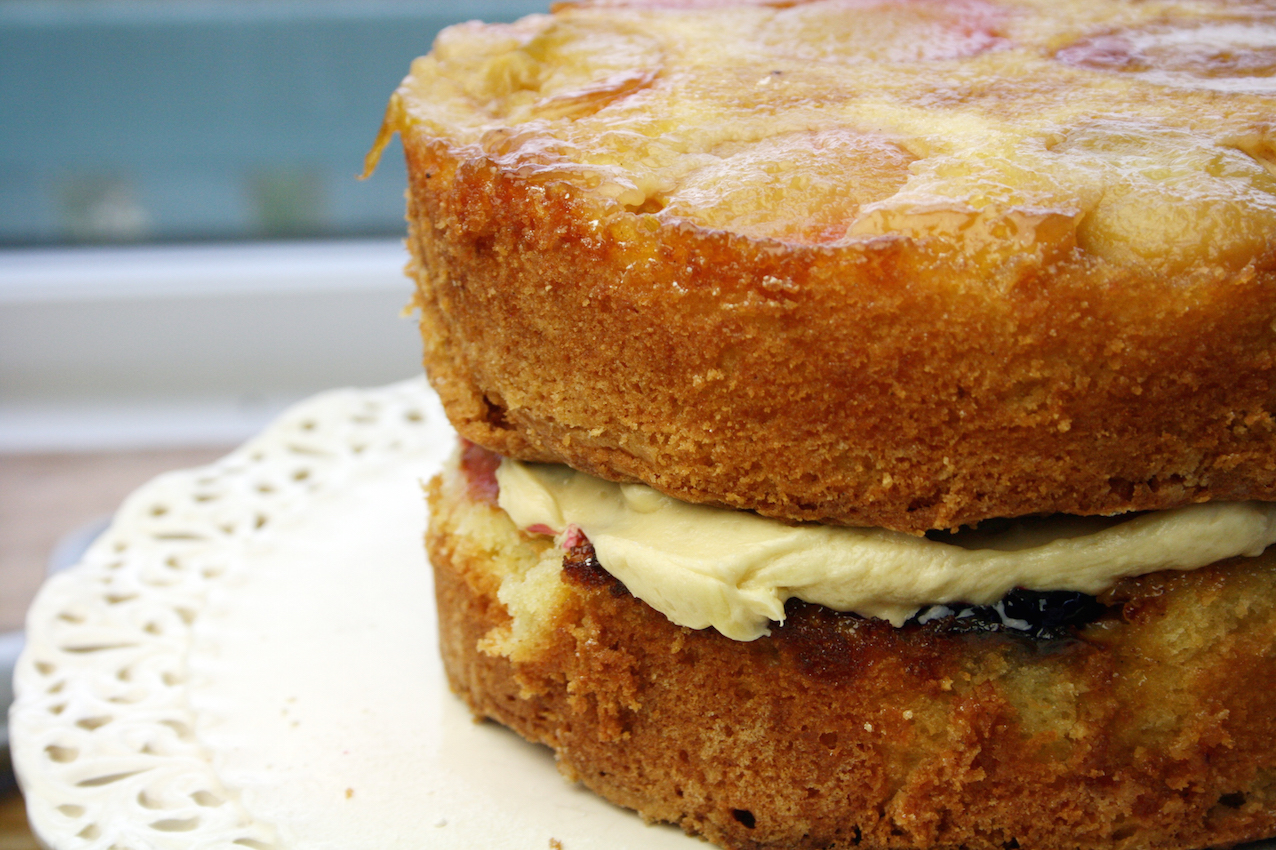 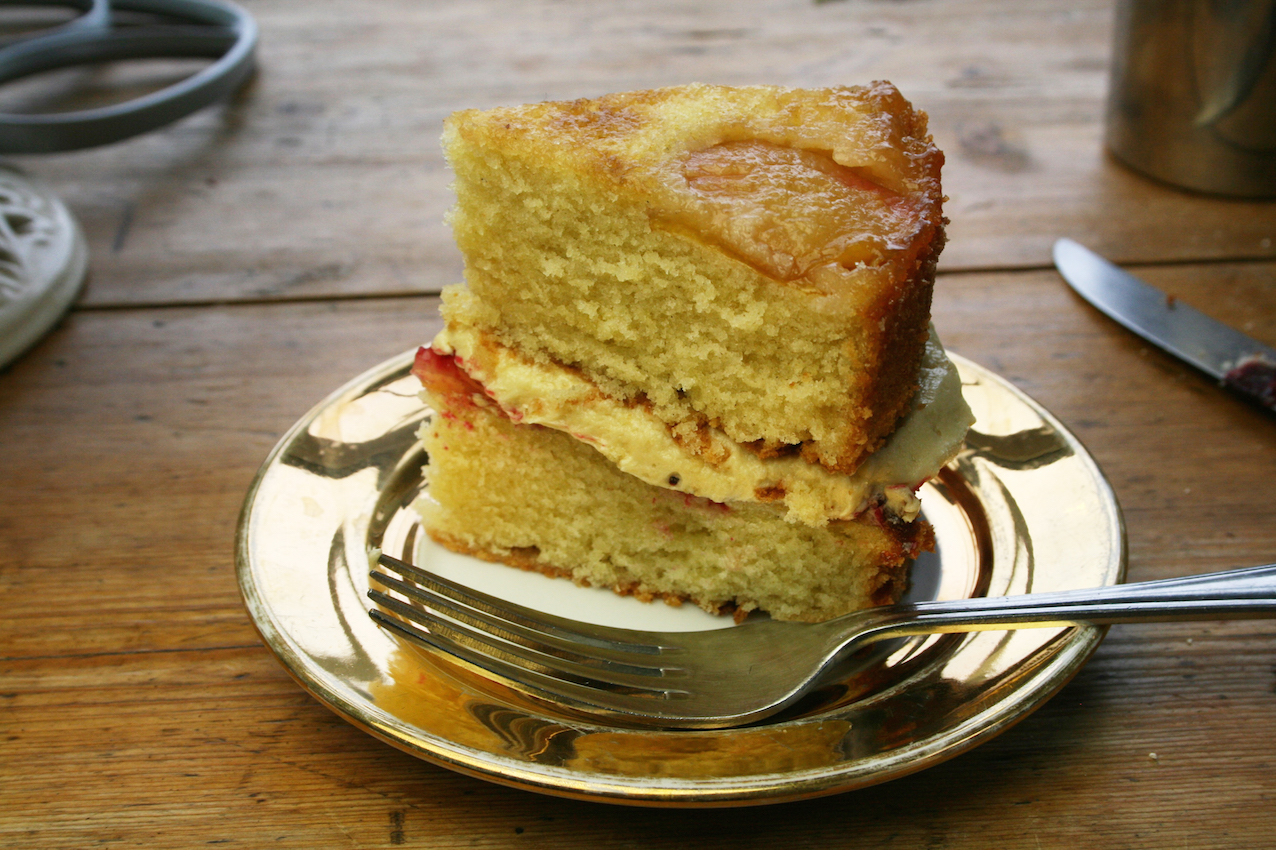 upside down victoria plum victoria sponge
this is undoubtably my favourite time of year… well actually it’s a little early, I adore the autumn for all it’s chilly mornings, tangerine tinged sunlight and orange-brown blanket of leaves but the moment September hits, I get that feeling in the air and it tingles all over.  The first signal that this change is on its way is the arrival of the victoria plum, the classic British seasonal stoned fruit.  If you’re lucky and have your own tree, or access to a plum tree then you’ll have experienced one of the greatest tastes in the world, that of a sun-warmed, dusty hued, tree-fresh, victoria plum.  For those unfamiliar, what can I tell you about the taste?  Well if I tell you it tastes of plum, this may not seem very helpful but so many so-called plums taste of absolutely nothing but sharpness and flesh but a freshly picked British plum has no rival…

I loved the idea of taking the classic Victoria Sponge and making her a little special with these glorious bejewelled fruit.  I was inspired by an instagram photo of a similar cake by 2012 GBBO winner John Waite – who I think has become a seriously talented baker.  The salted maple syrup buttercream is just an indulgence I dreamt up all on my own but boy does it shine here in this little cake.

i’m using my two 18cm loose-bottomed cake tins which i’ve greased and lined and placed onto a baking tray before they go into the oven.  The oven has been pre-heated to 170C

mix together the flour and ground almonds and set aside

in a large bowl, cream the butter and sugar until light and fluffy, then beat in one egg followed by one third of the flour, then beat in the second egg and another third of flour followed by beating in the third and fourth eggs and the remaining flour.  I always add a dash of milk and the vanilla extract at this stage which I beat in

to assemble the cake, spread the first layer with a little jam and a good portion of the buttercream before sandwiching the other cake on top… serve with tea 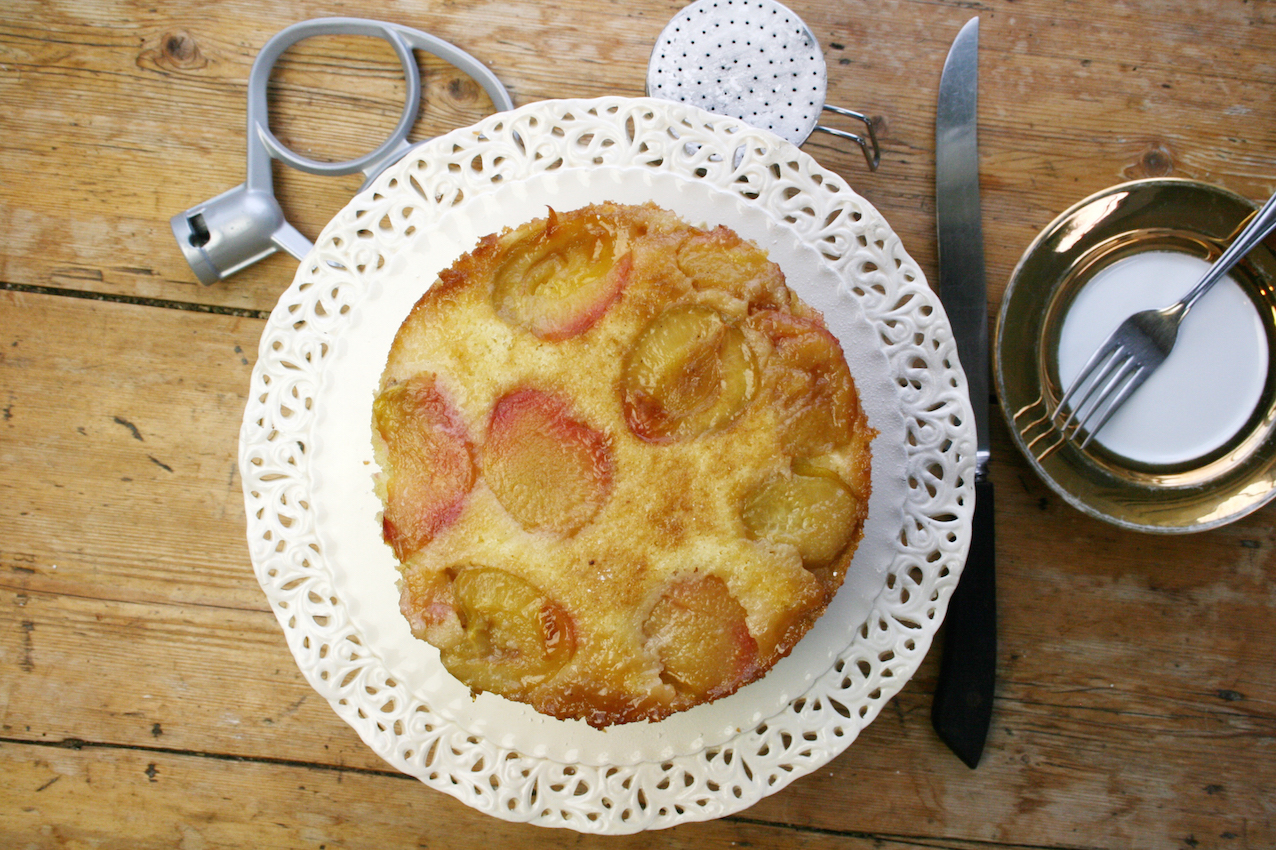