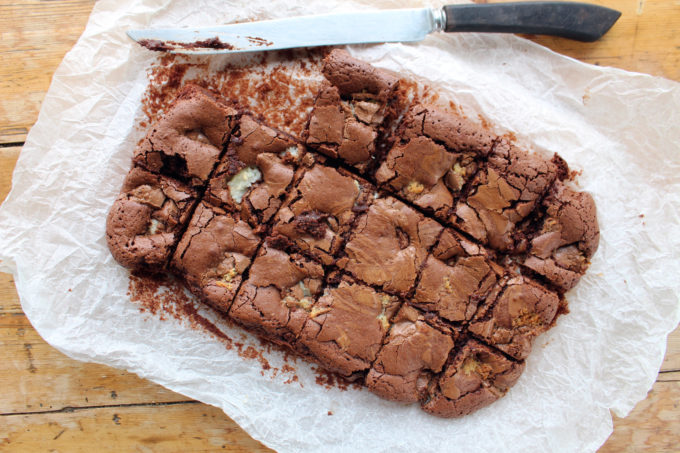 … in the past two weeks the UK has had ALL the weather.  From burning, summer-holiday sunshine to freezing winds and snow.  We’re talking weather changes of epic, Hollywood-disaster-film proportions… and sometimes all in the same day.  On one morning last week I was sitting in the office with glorious sunshine streaming through the window and reading a tweet about the snow that was settling not 400 miles North and then for that very sunshine to turn to dark clouds and sleet only two hours later.  It had lots of people baffled but I’m convinced it’s always like this in April.  We have the classic ‘April Showers’ which is a warning to anyone out and about that it’s likely to suddenly downpour with no notice but I like to imagine that Mother Nature uses April in the UK to practice the weather.  Winter is over, Summer is coming which can be pretty dull so she needs to stretch her talents, crack her knuckles and have a go.  We do live on an island after all and the fact that we’re surrounded by three strong weather fronts means our weather is changeable to say the least.  It’s probably the reason why we’re all so obsessed with it.  And of course it totally effects our eating habits too.  I was essentially all geared up for salads, chilled soups, quiches and even barbecues but now i’m thinking of warming stews, slow-cooking and roasts.  Confusing yes, but never really a heartache… I mean, any excuses for herb dumplings right? 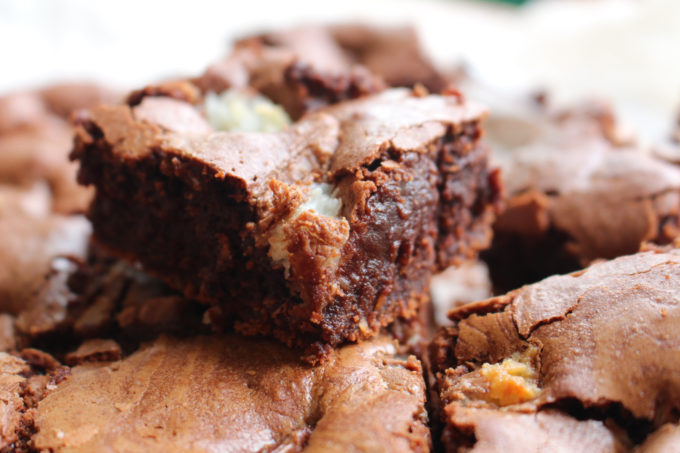 it’s safe to say that if you grew up in the UK in the 70’s or 80’s the Bounty chocolate bar will hold a special place in your hearts.  Whilst it was actually released during the tourism boom in the 50’s it was not doubt the ‘Taste of Paradise’ adverts that we all fondly remember.  Back then, when the date began with a one and a nine, the coconut seemed like such an exotic food item, only seen at either the funfair or wrapped in chocolate – I mean you could get them at ‘specialist’ shops but no white, middle-class mum of two ever actually purchased one and brought one home… and if they did nobody knew what to do with it.  So the idea of the delicious chocolate bar, mysteriously served as two smaller bars in one long wrapper was very tempting and felt particularly adult and exotic.  Of course the poor coconut has become commonplace with the millennial generation and with its incredibly versatile and healthy oil you can understand why… but of course it means the chocolate coated Bounty bar has taken somewhat of a side-swipe and been relegated to the bottom shelf of the chocolate counter.  I love them and along with the coconuts natural bathing partner rum, take centre stage in these very adult brownies.  These rum and coconut bounty brownies are just divine. It’s my classic and failsafe brownie recipe just with added vigour… painless, simple and very fast to bake, there are no excuses to have these in your gob this very afternoon.

in a pan gently melt the butter and chocolate – do this over a really low heat and stir regularly – take it off the heat before it’s fully melted and set aside to cool, stirring again as it melts, stir in the rum.

sieve in the flour, salt and cocoa and again, gently fold in, along with the desiccated coconut, and pour the mixture into your brownie pan. 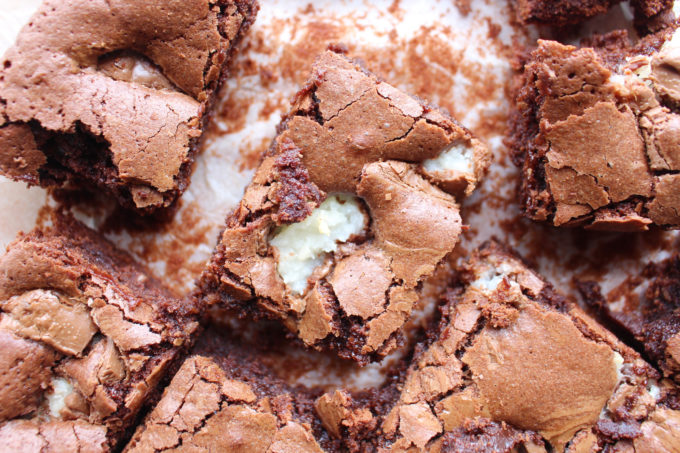