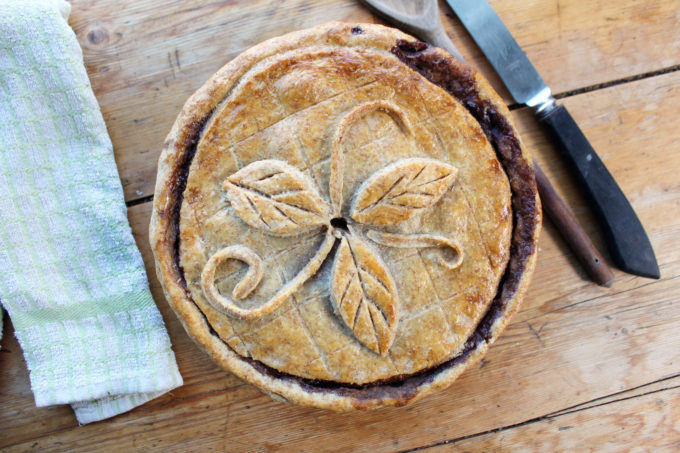 …We’re always in such a rush these days we rarely take the time to actually sit and eat at the table.  We spent all that money on building the extension to the kitchen to include a lovely farmhouse table and we actually use it for working at, which is particularly funny when you think we spent even more money on having the loft converted into a useable office space, which we never use.  In fact I think the last time we ate a proper meal at the table (and by proper, I mean not sitting in front of the computer scoffing cornflakes) was at Christmas!  To be honest i’m fine with eating in front of the TV… come on, admit it… that’s where most of us eat.  After a long day of sitting at a desk I really don’t need the formality of repeating the same shape at the dinner table.  I’m tired.  I want to curl up, veg out and even though I know it’s probably wrong for my internals, eat whilst I stare at the telly.  However if it turns out that I haven’t simply opened a bag of salad onto a plate and i’ve made an actual effort with the meal I want it to be appreciated and the proper, formal respect paid.  The table must be cleared of laptops, calculators, pens and that never-ending pile of un-opened mail, laid properly with placemats, cutlery and even napkins… and due process given.  It being just the two of us it’s also the time when, consumed with consuming the meal, we actually talk about nice things that aren’t work-related.  We slow down.  We fill up.  The world sets itself right… 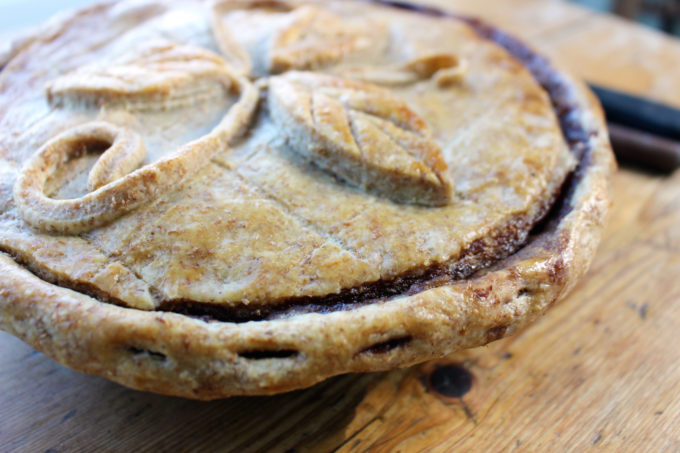 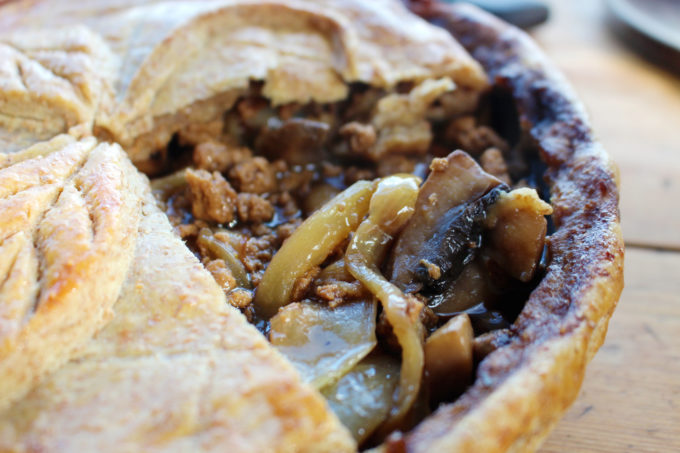 So over the Easter weekend I made a proper roast dinner with all the trimmings.  Proper for me means roasting chicken for me (which will then last for a few glorious meals) and then making an actual veggie alternative for The Viking that is as good as or on the same culinary level of respect as the chicken… so often vegetarians get a side dish or an alternative meal (WTF?) when all they really want is the same as everyone else just without the meat.  So I turned to pie…. this veggie mince, mushroom and ale pie in fact.  Probably a favourite of The Vikings – well anything in pastry is a favourite so he’s pretty easy to please.  It seemed the freezer was overstocked with Quorn Meat-Free Mince… we use it a lot but it’s also one of those vegetarian products that even the smallest corner shop seems to stock so it always goes into the shopping basket.  I think it’s a great product.  It’s improved immensely over the years in both texture and taste and i’ve made bolognese sauces which have fooled even the hardiest of meat eaters… Of course all this Quorn veggie mince meant we should make a mince pie and combined with big fat field mushrooms and caramelised onion this is a really hearty pie that fills and thrills.  I’m also obsessed with wholemeal flour at the moment – as my divine wholemeal hot cross buns proved – so I made a ruff puff wholemeal pastry which just added to the pie-brilliance… even if I do say so myself!

start with the pastry… sift the flour and salt into a large bowl. Roughly break the butter in small chunks, add them to the bowl and rub them in loosely. You need to see bits of butter… a large grater will do a good job of this.

make a well in the bowl and pour in about two-thirds of the cold water, mixing until you have a firm rough dough adding extra water if needed. Flatten the dough out onto some cling film and leave to rest for 20 mins in the fridge.

turn the dough out onto a lightly floured board, knead gently and form into a smooth rectangle. Roll the dough in one direction only, until 3 times the width, about 20 x 50cm. It should look marbled with butter.

fold the top third down to the centre, then the bottom third up and over that. Give the dough a quarter turn (to the left or right) and roll out again to three times the length. Fold as before, cover with cling film and chill for at least 20 mins before rolling to use.

now onto the pie filling…. place a large, heavy pan onto a gentle heat, add a generous nob of butter and a glut of olive oil and once the butter is melted throw in the mushrooms and saute gently until soft and beginning to brown… I like my mushrooms full of the flavours of the pan so I add freshly chopped rosemary, plenty of pepper and more butter thanI should anklet them get really soft and dark – roughly 8 mins… once done, remove them from the pan and set aside

using the same pan on a gentle heat, add a generous nob of butter and a glut of olive oil and once the butter is melted throw in the onions, stir well and leave them to caramelise.  This could take anything up to 30 mins depending on your patience… they will need string occasionally to ensure they don’t burn.  Throw in some chopped thyme, salt and pepper, halfway through the cooking process.  Once they’re done, turn up the heat and add the meat-free mince and stir until browned.

add the mushrooms back in along with the stock and the ale, turn down the heat a little and let it bubble away for 15 mins whilst you roll out the pastry

roll the pastry out nice and thick.  Turn the pie dish upside down onto the pastry and use as a template to cut a circle 1cm  larger than the pie dish, then trim a 1cm thick, long strip of pastry off around the circle… it should be long enough to go around the edge of the pie dish, which you can stick on with a little brush and some beaten egg or milk… I like to run this pastry strip all the way around and press it in, then brush it again with more beaten egg or milk, then spoon the filling into the dish.

bake for 35 mins until the pastry is golden 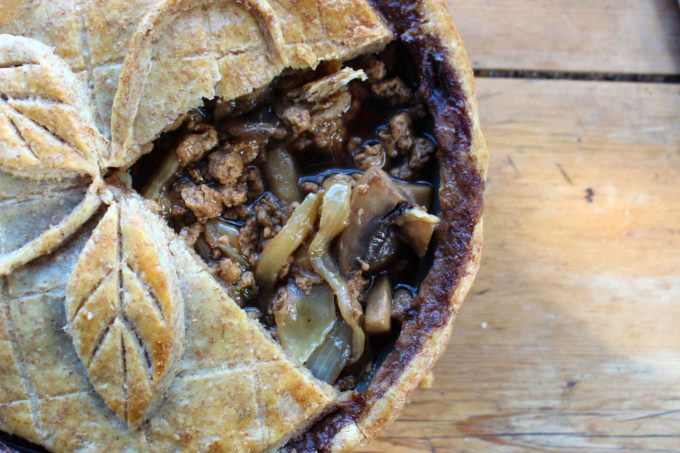