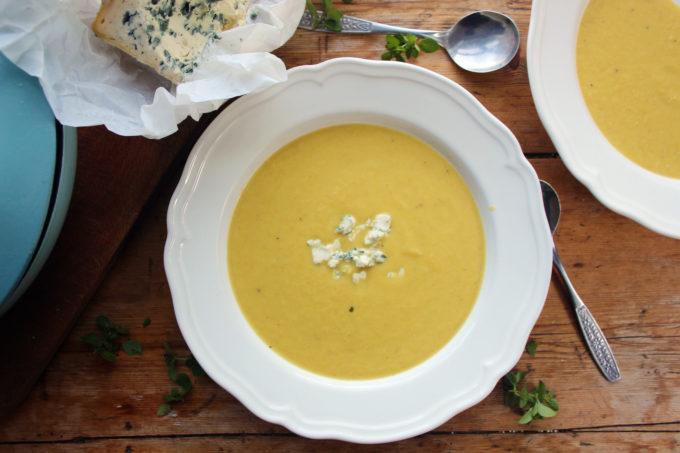 …one of the joys of being invited to the Burghley Horse Trials last week was being able to spend time at their infamous Food Walk.  Like most good county events worth their salt they had invited many local and UK-wide food producers to exhibit their wares at the show.  Anyone who’s been to anything similar will know how hit and miss this kind of thing can be.  Very often it’s dodgy fudge and some odd looking sausages but I think we’ve all become a little more savvy when it comes to food markets and it appears that many events have upped their game in recent months.  The Burghley Food Walk was pretty good.  Some stand-outs for me included Little Jack Horner who make the most epic sausage rolls, the pork and chilli being a clear favourite… Hedgerow Cordials whose Suffolk Raspberry with sparkling water was a beautiful burst of refreshing, sherbet berries and Duck Fat Roasties who, quite frankly make the best roast potatoes ever (don’t tell my mum…)  As it happens I was there to buy the cheese for my cheese-on-the-inside Burghley Burgers and I was in luck in the form of Jared from London Cheesemongers.  What this man doesn’t know about cheese is probably what Shakespeare doesn’t know about men in wigs… He could have talked for days and quite frankly I could have listened.  I adore people who have a proper passion about what they do.  You can feel it in their bones and it never comes across as preachy or worthy or too snobby.  I came away with close to half a wheel of the most divine Fourme d’Ambert blue cheese.  A slither of which was used in our cooking competition and the rest came home with me.  What can I say about this cheese?  It’s a classic blue, similar to roquefort but not quite as pungent.  It has a silky consistency that enhances the cheeses abundant creaminess and is divine to eat by the slice because it doesn’t pack too much of a punch but also works well with the more subtle of vegetables in this rather wonderful soup… 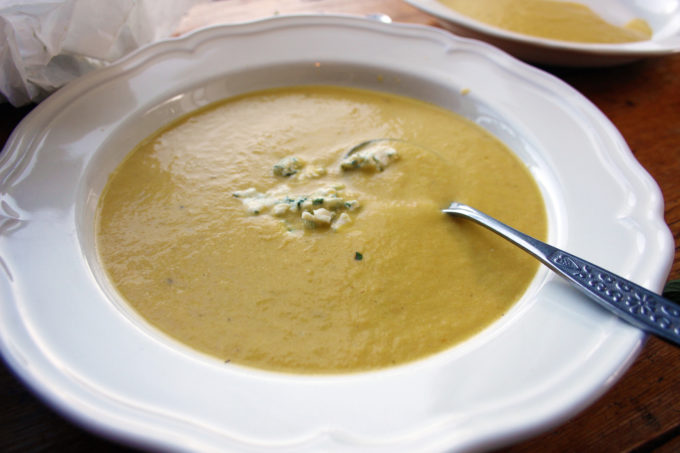 I often get a bit trigger-happy with vegetables when i’m in the supermarket.  I know we need to eat more veg but with our manic lifestyle as it currently is it’s been very hard to actually sit down for a meal that includes actual freshly prepared vegetables… so on impulse and with slightly manic fervour I pluck random veg up and place it in my basket.  The thing is, veg can keep.  Particularly if it’s in the fridge and once it begins to lose its lustre and plate-appeal, it still makes for rather glorious soup.  I’ve been known to use veg that’s been in the fridge for months and in fact celery actually tastes better once it’s been laying around for a while.  I’ve even read that once celery gets to that soft and wilted stage, that’s when it’s at its most tasty!

in a large pan, melt some olive oil and butter then add the onions and saute gently for 5 mins until they begin to turn translucent

add the celery and carrots, stir around and then saute again for another 5 mins before adding the fresh herbs and fennel seeds.  Place the lid on and let the whole lot sweat on a low heat for at least 10 mins or until the veg are soft

add the stock and let it bubble away for another 10 minutes, then turn off the heat, leave the lid on and let the soup cool slightly before adding the cheese, then let the soup cool by half before blending to a creamy and frothy soup 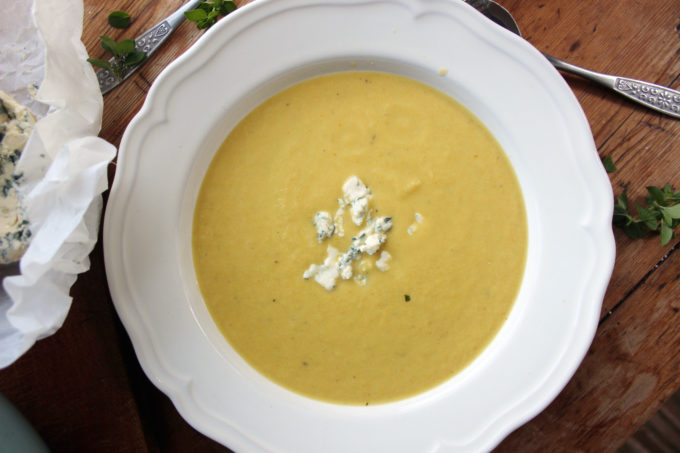