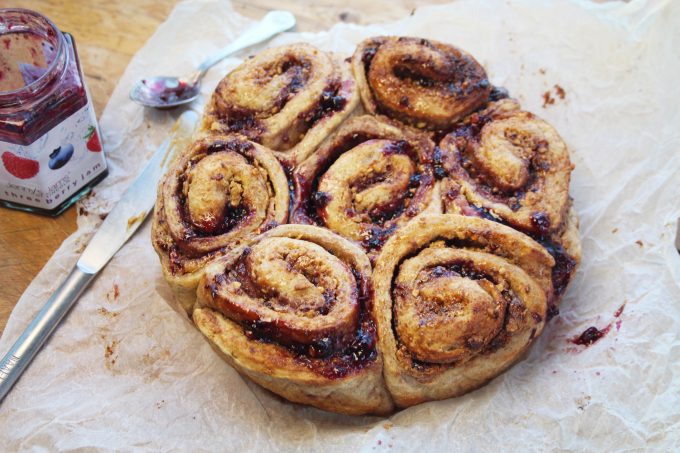 …Belleau Cottage is situated on the side of a hill that becomes progressively steeper as it curves around the church corner and reaches the top of the village.  Being at the edge of the Lincolnshire Wolds we’re actually surrounded by some wonderful gently rolling hills that hides us from the rest of the world and it also seems, the weather.  My mum always says that whatever is happening in the outside world; rain, wind or snow, when they approach Belleau and drive down the hill and around the corner it’s always lovely.  As though we’re protected by the warm hug of the hills.  Much of the timeI would say this has a ring of truth to it but then the weather happens and it seems not.  If we have heavy snowfall, the steep hill becomes somewhat of a mountain and we can actually be trapped in. My neighbour Tracey tells me that back in the 80’s we had such heavy snow fall that they were trapped for days and the milkman had to deliver groceries to the top if the hill. In 2010, I took our 4×4 down to London for work whilst The Viking stayed with the dog.  It snowed heavily and they were stuck.  They had to walk 5 miles to the nearest town for supplies.  Believe it or not I have always been ridiculously jealous of this moment in time and so with the whole UK currently blasted by some kind of Nordic wind that has swept down from the arctic I prayed for snow at it arrived.  Big Time.  But it’s all a matter of timing.  Snow in London is a pain in the arse and I have to be in London this week… but if I can do what needs to be done in the big smoke and then make it back to the cottage before it all goes, then i’ll be a very happy bunny… 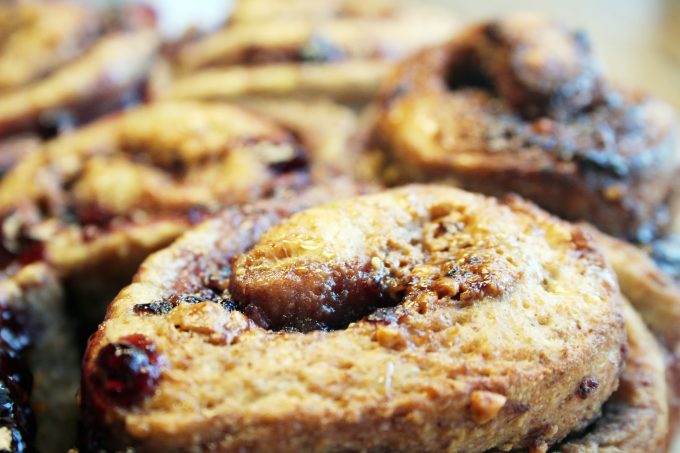 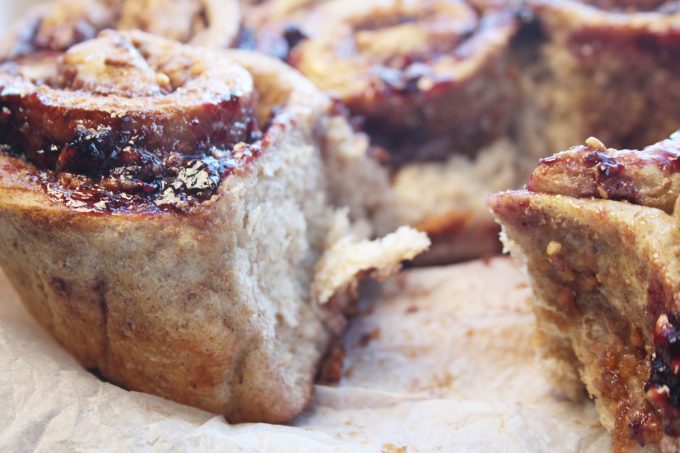 I think the first time I had peanut butter and jam was back as a young teenager in the 80’s.  I was staying at a friends house and they made me a peanut butter and jam toasted sandwich.  I remember being close to tears at how horrible it was.  I hated it and din’t eat it again for a very long time.  it’s possible that I really wasn’t expecting how hot it was going to be and even now I really don’t like warm peanut butter or jam but many years later, on a trip to California I ate it again.  White bread, grape jelly and smooth peanut butter.  It was heavenly.  I’ve gone a bit rogue again here but I think the crunchy is needed as it adds texture, plus the wholemeal flour also adds to the general nuttiness… they were epic.

start with the enriched dough… heat the milk with the butter until just warm and the butter starts to melt – a microwave on medium for 4 minutes should do this nicely.  Try not to boil the milk or you’ll have to wait for it to cool as very hot milk will kill the yeast.

place the flour, yeast and caster sugar into a large bowl and pour in the warm milk followed by the beaten egg and using a rubber spatula bring it all together until you have a sticky messy dough.  Flour your work surface well, tip out the dough and knead well for 7 minutes until soft and elastic.  It’s quite a sticky dough which makes it tricky to knead so if you have access to a stand mixer with a dough hook like my gorgeous smeg then i’d use that instead.

generously flour your work surface and tip the dough onto it.  The dough should be light and easily pliable and after a few pat-downs to get it into a rough square shape you should be able to roll it out easily with a rolling pin.  Roll until it’s no less that 1cm thin – you should end up with a rectangle (long edge running parallel to your stomach) which is roughly 25cm wide by 20cm long

start with the soft butter and using a palate knife, spread it all over, right up to the edges, then spread the peanut butter followed by the jam – i’m using some amazing three-berry jam from Jenny’s Jams a local Lincolnshire jam maker but go with your favourite.  Finally sprinkle with a little sugar depending on how sweet you like it

staring with the edge furthest away from you, carefully roll the pastry towards you into a tight roll and then cut the long roll into even portions… when I made it I managed to get 8 3 inch deep swirls but yours may be different.  I think the trick is to have thicker swirls and less than thinner and too many

carefully lay them into the baking tin… if you’re using a round tin like me then start with one in the centre and the rest, evenly spaced around the edge but if you’re using a rectangular tin then simply line them up in rows.  There should be space around them to grow.

remove the tea towel and cling film and bake on 200C for 10 mins then turn the oven down to 160 for another 15 minutes… they will darken quickly so you may want to turn the oven down even further, depending on your oven… they’re ready when they’re golden brown on top and the kitchen smells so incredibly of hot cinnamon that your mouth won’t stop watering!

remove from the oven and immediately brush the top with runny honey, then set aside to cool in the tin for 10 minutes then remove from the tin and allow to cool further on a wire rack 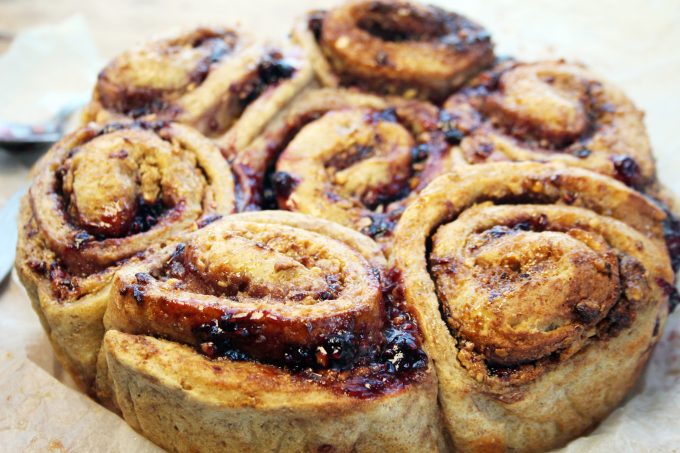