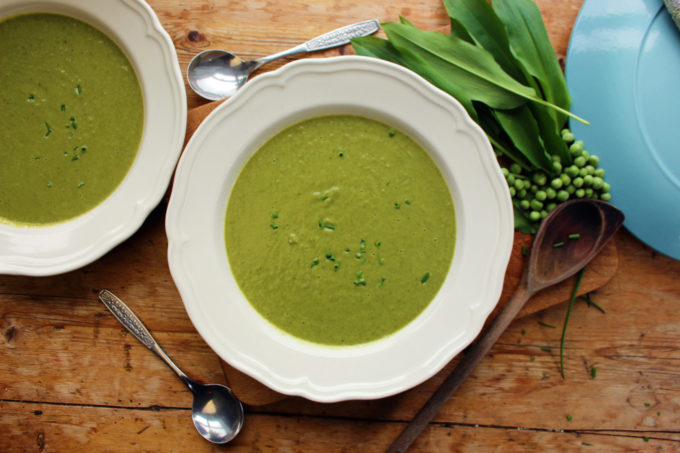 … back from our break in sunny Spain.  Oh that little week of sunshine was a much needed tonic for the soul as well as a vital does of vitamin D for the body.  It’s been a harsh and gloomy start to the year here in the UK, so much so that both The Viking and I did a lot of simply staring at the blue sky whilst we were away.  As well as rest we also ate very well.  I thought I knew the local food quite well but I discovered a new, local ratatouille-type dish called tombet that was divine and which I will make soon for this blog.  It was a simple vegetable amalgamation but baked gently to release all the flavours and I was quite taken aback by quite how good it was.  I love that somewhere as close to the UK as Mallorca can still have such a diverse and interesting food culture and discovering it all is the joy of it.  Still, one has to return at some point and it’s nice to come back to the UK to a little bit of warmth and sunshine.  OK, it’s not quite the same as Spain but we’ll get there.  The garden seems to be loving it and as I write this a large shaft of sunlight has come streaming into the kitchen and put a big smile in my soul! 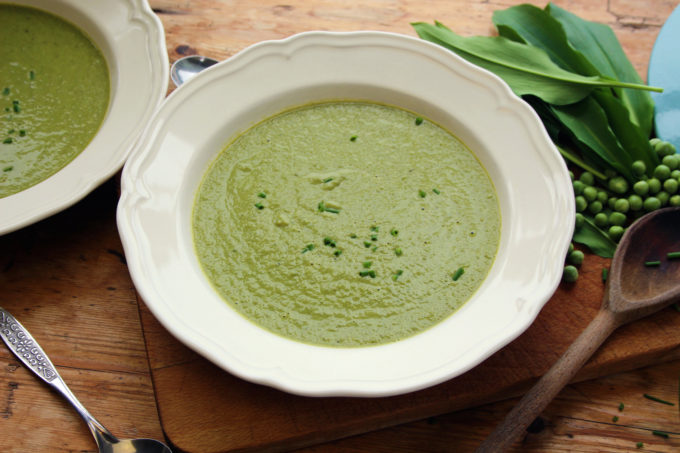 As always, the seasons are slightly delayed here in Lincolnshire compared to my foodie friends down South and particularly with the double ‘beast from the east’ recently everything really has taken it’s time to come to fruition. Whilst their celebration of seasonal favourites such as fresh rhubarb and wild garlic will soon be coming to an end, ours has barely kicked in and it won’t really be in full bloom until later in April which means there are still healthy patches of both to be found if you know where to look. I adore wild garlic with its heady aroma and deep yet mild garlic flavour and if you’re lucky enough to know where a patch grows near you then I’d keep it a secret! We have a large wood not far from the cottage that is very shelted. So much so that the wild garlic really doesn’t come into full bloom until the end of April and last for a few good weeks. I always pick plenty, some for now and some that I chop up and freeze for later. I’m always mindful to ensure that I leave plenty behind but to be fair I’d need a tractor to harvest the whole lot! It works really well in many dishes from quiche to paella and I have a recipe for wild garlic pesto that is to die for. If you’ve never used it before, think of it as a mild garlic flavoured rocket or watercress and treat it the same. It is beautiful in this pea soup. Sweet and aromatic with a subtle kick of garlic that is quite divine.

place a large soup pan onto the hob on a gentle heat, add a knob of butter and a little olive oil and when the butter has melted, add the onions and celery. Stir well and let them sweat gently for about 8 mins until the onions begin to turn translucent and soften

add the peas and the wild galic, stir, place the lid on and let them all sweat together for another 5 mins

add the stock and let the whole thing simmer for 15 minutes, then take off the heat, place the lid on and let the soup cool for another 30 mins 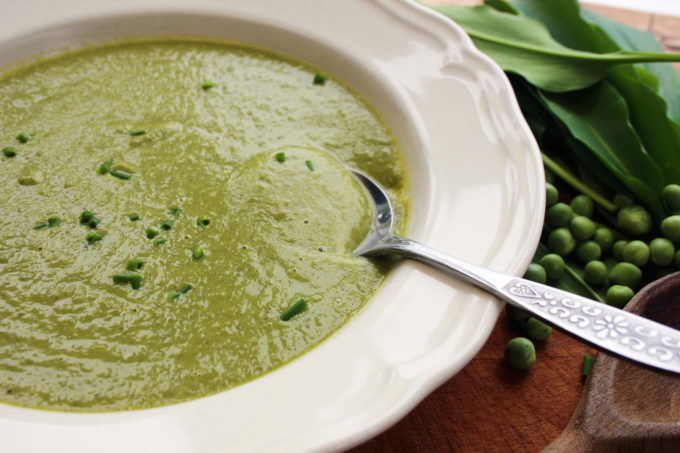