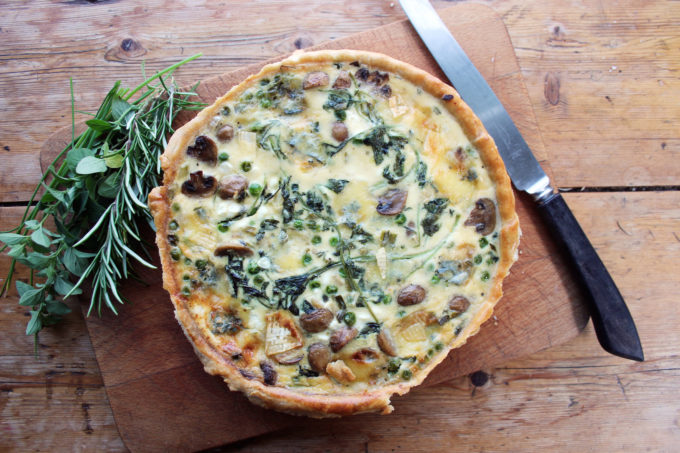 … well it’s been almost a month since I posted anything on here but what a month it’s been.  I’ve been in Mallorca for a quick break and then in New York for work and whilst all that may sound rather wonderful, which it was, I am also suffering terribly from some kind of nasty rheumatic issue.  For a few weeks now, in fact almost just after my last post, I started getting a pain in my feet when I stand.  Initially I thought it was plantar fasciitis because The Viking had suffered from this but my symptoms were less in the tissue and more in the joints, plus the pain had spread to my left knee and hip.  I soldiered on because, well, you know, I’m a brave little soldier and I flew off to Mallorca but the pain simply got worse and spread to my shoulder and hand.  It feels arthritic but there’s no swelling.  After Mallorca we went straight to New York and I walked painfully on my feet for 4 days after which there was swelling plus more knee pain.  All in all by the time I got back to the UK and managed to book a doctors appointment I was not a happy bunny.  Frustratingly my doctor was stumped, we’ve done blood tests but with results coming back as normal we’re even more flummoxed.  I now have an appointment with a rheumatoid specialist next week so hopefully we’ll get somewhere finally… in the meantime there’s very little I can do.  I hate being this inactive.  Up until a few weeks ago I was boxing and doing HIIT classes and yoga but I can’t do any of that… although I went swimming this morning and that was lovely and a blessed release…. 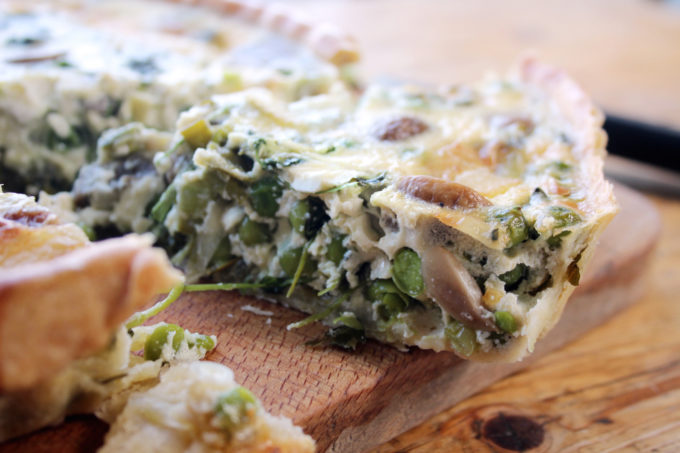 Thank goodness it’s finally quiche season once again.  No garden party is complete without a quiche, no beach picnic or summer brunch.  I grew up on quiche, mum was a big fan and this is her recipe that i’ve always followed.  It has a wonderful creamy richness with a tang of soured cream which sets the cambozola off beautifully.  The vegetables can really be anything you have in the fridge but I think this combo is very light and summery and the watercress adds some beautiful delicacy to the whole dish… gorgeous really.

for the parmesan pastry

make the pastry by rubbing the butter into the flour in a large bowl until you have something resembling breadcrumbs, stir in the grated parmesan and fresh herbs then add a tablespoon or two of cold water and bring together into a dough with your hands, you may need to add a little more water to create the dough but you will feel how ‘short’ the pastry is.  Wrap in cling film and pop in the fridge for at least 30 minutes

in a large pan gently melt a generous amount of butter with a little olive oil and add the spring onions and mushrooms, stir them around and them leave them until they begin to squeak, turn up the heat a little and saute them till they begin to brown a little, then add the peas and watercress, turn off the heat but leave the pan on the hob, pop the lid on and let the veg sweat until the watercress has wilted.

now your pastry should be ready, roll it out and line your greased quiche pan. place some baking beans on top of the pastry and blind bake for 15 minutes on 150C

once your pastry is turning golden, take it out of the oven and set aside whilst you beat the eggs into the cream… pour the saluted vegetable mix into the pastry case followed by the cream and bake on 160C for about 15-20 minutes until golden and risen, set aside on a wire rack to cool.  The quiche should easily slide out of the tin. (famous last words…)