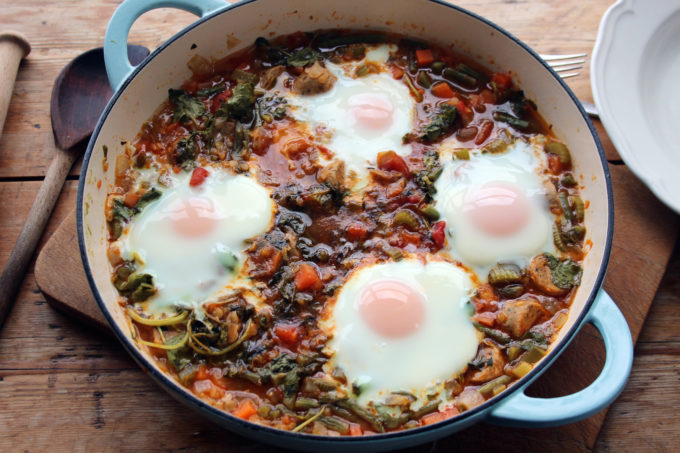 If you live in the UK there’s only one thing we obsess more over (other than Brexit) and that’s the weather and if you’re here at the moment you can’t really blame us.  Earlier in the week we quite literally had 7 seasons in one day; rain, wind, snow and hail, all interspersed with glorious sunshine.  It’s got something to do with a combination of polar air from the north and tropical air from the south all coming together over our small island and it’s very often the strength and direction of the wind that helps one or the other climate win out.  This essentially means the weather is unpredictable and therefore the reason we love to witter on about it.  As a cook it can play havoc on planning.  Most peoples appetites are influenced by the weather and recently i’ve been cooking my way through the seasons.  At the start of last week I was cooking quiches and salads and now the wind has picked up and the weather has turned particularly cold i’m back on soups and stews.  As it happens I’ve kind of lost my appetite for cooking recently.  I think it’s because i’ve been so ill and i’m on quite strong drugs that i’ve almost lost my taste.  I’m also so tired that cooking is the last thing I want to do… however, when the passion grips me I do love to pull together something scrumptious to keep our bellies warm and fed. 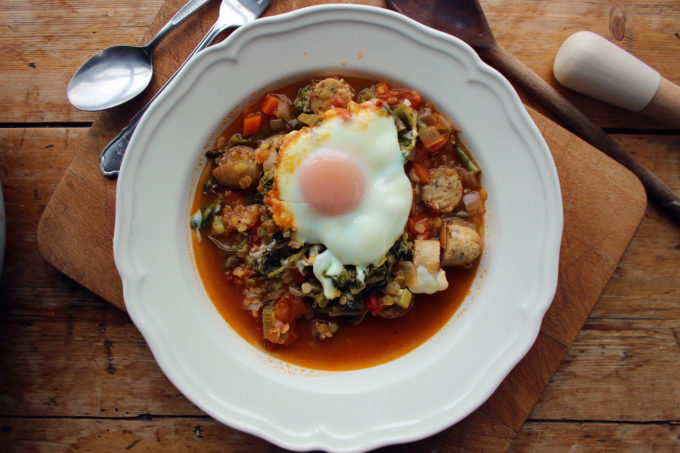 This stew, whilst it looks rather complex is actually very simple to throw together and is my take on the middle-eastern and north african shakshuka which is a spiced tomato stew with eggs baked in the sauce.  There’s something wonderful about the rich, slow-cooked tomatoes and lentils mixed with the underlying depth of cumin, cayenne and paprika that works so well.  It’s totally ‘peasant food’ which is my favourite way to cook.  Un-fussy and basic but packed with flavour.  I’ve added all kinds of things that would never have traditionally been in the dish but that’s the glory of cooking isn’t it?  Being able to take something you love and are influenced by and adapting it to your tastes and whats available to you.  Food is one of the best ways we as humans can explore other cultures.  We can then play and experiment to our personal tastes.  This bending of culture is what I love so much about food and i’d hate to live in a world where we’re not all encouraged to explore.

in a large casserole dish gently heat some butter and olive oil and then throw in the sausages and fresh thyme and brown them well for at least 6 minutes, turning frequently.

add the onions, carrots and celery, plus all the spices and slowly saute until the veg are soft and the seasoning is beginning to warm up nicely, then add the green beans and lentils and stir well, then add the tomatoes and stir together. Add the stock and white wine, stir well, turn down the heat to its very lowest and let the whole thing gently simmer for at least an hour (stir every 10 mins or so and after half an hour, place the lid on.)

season well with salt and pepper, stir in the watercress and chopped coriander and place the lid back on the pot for 10 minutes. When you’re ready to add the eggs, take a little spoon and make a small well in the stew, then crack in an egg, move to the next spot, make a well and crack in another egg.  Turn the heat off, place the lid back on and let the eggs cook in the heat of the stew until the whites turn white and the yolks become beautifully soft – this takes roughly 10 minutes by which time your stew is the perfect temperature to eat! 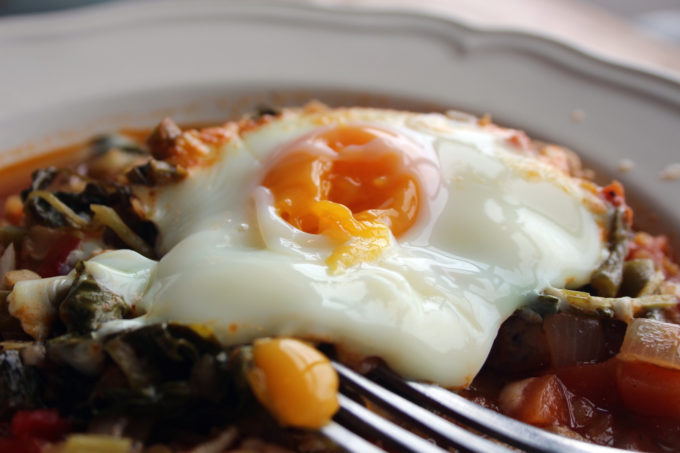