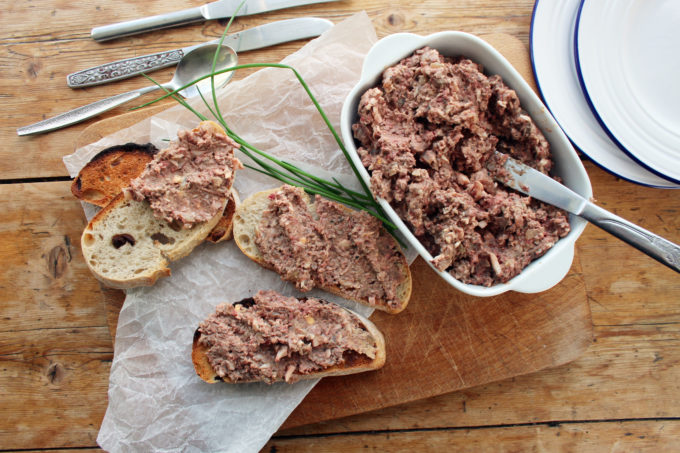 I woke up this morning with a hankering for chopped liver. (Well it is Friday after all..)  If you don’t know, chopped liver is a traditional Jewish side dish that has it’s origins in Medieval Germany, where Ashkenazi Jews bred and raised geese as the poultry of choice. The first Jewish chopped liver recipes were actually made from goose liver. Eventually Eastern European Jews began using chicken and beef livers; these recipes were then passed down to British and American Jews as their ancestors fled persecution to the west.  It is common served as a side dish or ‘deli-style’ dish to be eaten with other dishes in a buffet or smorgasbord type meal.  When we were kids, mum would serve it as part of the sabbath ‘Friday Night Meal’ as either a pre-starter served on crackers or as a starter served with challah bread.  If i’m honest it was probably my favourite part of the meal –  and that’s saying something.  Even now when I know mum is cooking it I will usually find an excuse to pop round.  Mum even cooked some for me when I was sick in hospital last year.  Many people refer to Chicken Soup as Jewish penicillin but I can tell you now that a plate of chopped liver on toast could pretty much cure most ills.  I know that liver can be quite a divisive food but believe me, this silky, soft and tasty dish will have you coming back for more every time. 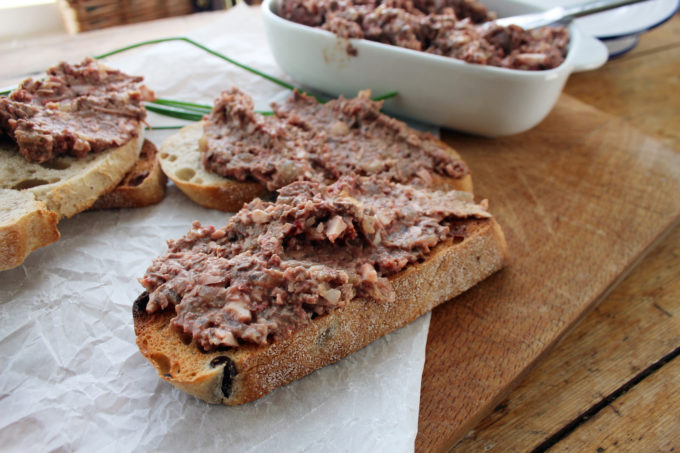 With all the reverence it carries in the Jewish community you’d have thought is was complicated to make or included rare ingredients but actually it’s unbelievably simple if not downright basic.  My mum (and therefore I) no longer use schmaltz to cook with as it just seems a step too far but if you happen to have cooked a chicken recently and kept the solidified fat that came off the bird during the cooking process then be my guest… but i’m using a combination of olive oil and butter.  My chicken livers are from the supermarket – I don’t think you need to get fancy goose livers for this.  Many supermarkets only sell frozen chicken livers and the’ll do just fine, just make sure they’re defrosted properly and drained well.

start by hard boiling your eggs in a pan with boiling water – should take roughly 10 mins, then peel and set aside to cool

in a large pan (i used my shallow casserole dish) heat the butter and olive oil until they melt together, then gently saute the onions until soft and just begin to colour

add the livers and cook on a medium heat until they cook through – this should take roughly 8 minutes, stirring occasionally.  You want some pink left in the livers, this is perfectly fine. (Many people cook their livers until all the pink has gone, which is also absolutely fine, you’ll get a drier, courser pate.) Season well will plenty of salt and pepper, the livers can take it!

once the livers are cooked, set them aside to cool slightly

cut the eggs in half and set aside one half of an egg, then blitz the whole lot together – you don’t want to go to a smooth pate, this is ‘chopped’ after all, so pulse you mixer until it looks finely chopped.  I used my handheld smeg blender but a food processor or even done by hand works a treat.

I like to eat mine cold from the fridge so I think it needs a good hour in the fridge to settle but feel free to eat straight away served on toast or little round matzoh crackers. 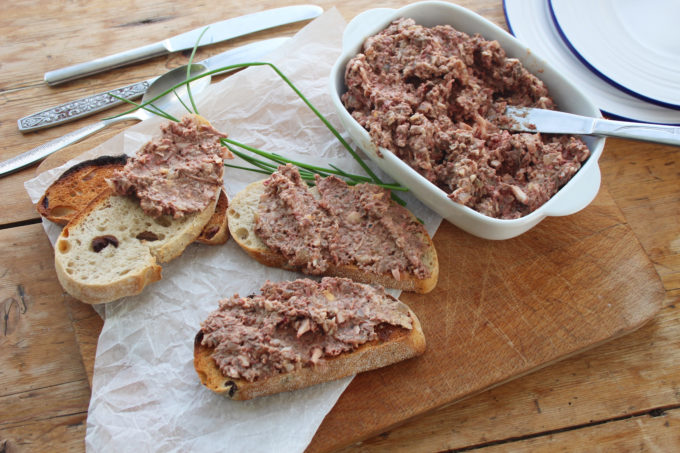